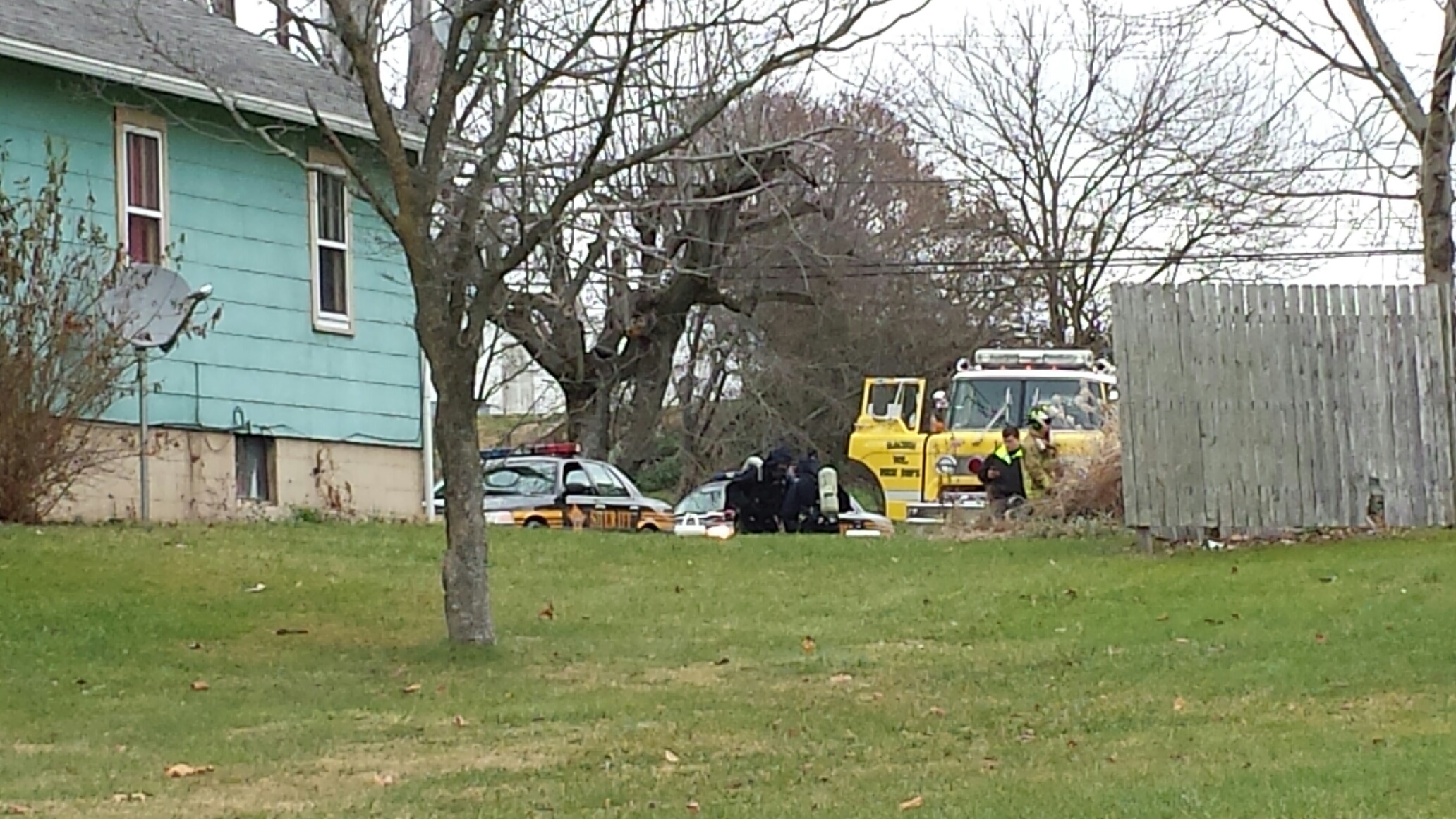 RACINE – While many residents were at work or putting out wreaths and other holiday decorations, officers were working to neutralize a threat – methamphetamine labs. The effort to battle meth continues in Meigs County and this time it was in Racine.

Following a complaint call the Meigs County Sheriff’s Deputies along with Meigs County Department of Jobs and Family Services personnel visited a residence on Fifth Street in Racine. A complaint of drug activity was apparently not off the mark as technicians with the Middleport Police Department and the Racine Volunteer Fire Department were called in to deal with alleged reactionary vessels according to Sheriff Keith O. Wood.

Arrested were Russell Reiber, 32, and Jaclyn Caldwell, 23, both were at the Fifth Avenue residents. The deputies allegedly found two one pot reactionary vessels along with “several precursors which are used for the manufacturing of methamphetamines,” according to the statement released from Sheriff Wood. Other drug paraphernalia was also found.

“It was reported a three year old female child was present and resides in the residence,” according to the statement.
Meigs County Deputies were on the scene along with the Middleport Police Department, Athens County Sheriff’s Deputy and the Racine VFD working to neutralize the dangerous concoction that is meth.