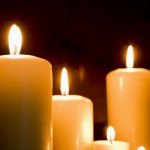 Robert Louis ‘Bob’ Condee, age 84, of Gallipolis, died Tuesday morning March 18, 2014 at Holzer Senior Care Center. Born June 20, 1929 in Gallipolis, he was the son of the late Herman and Ella Swisher Condee. In addition to his parents, Bob was preceded by a sister, Frances Levoff.

Bob served as Interim City Manager of Gallipolis three times. He retired from the Peabody Coal Company where he served as Superintendent of surface mining, he formerly worked at the Gavin Power Plant during its construction, and at the Goodyear Corporation. Bob was a United States Army Veteran, serving in the Korean War as a Paratrooper. He had attended Ohio University before enlisting in the Army, and was a 1947 graduate of Gallia Academy High School.

Bob was a member of the First Baptist Church, the American Legion Post #27, The Ole Car Club, Morning Dawn Lodge #7, Chapter #79 Royal Arch Masons, Moriah Council #32 Royal and Select Masons, and the Rose Commandary #43 Knights Templar , and The Aladdin Temple Shrine. He also previously served on the Gallipolis Planning Commission, the Gallia County Children’s Services Board, and for several years he served as a commissioner on the O.O. McIntyre Park Board.

Funeral services will be 1:00 PM. Friday March 21, 2014 at the Waugh-Halley-Wood Funeral Home with Pastor Alvis Pollard officiating. Burial will follow in Mound Hill Cemetery. Friends may call at the funeral home on Thursday from 6-8 PM. Military Funeral Honors will be presented at the cemetery by the United States Army and the Gallia County Veterans Funeral Detail.

In lieu of flowers, contributions can be made to Holzer Hospice, or the John Stam Sunday School Class at the First Baptist Church or to the charity of your choice. An online guest registry is available at waugh-halley-wood.com