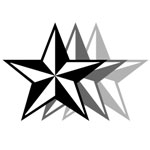 “I am honored to be chosen by Chairman Lamar Smith and the House Republican Steering Committee to serve on the Science, Space, and Technology Committee. Having spent 26 years in the United States Air Force, and having worked over 30 years in the Information Technology (IT) industry, I know first-hand the benefits of technological innovation. I am looking forward to working with the committee to advance their goals, and I believe my IT background will allow me to add value to the committee. I also look forward to the oversight role the Committee has over the EPA’s scientific justification for rules affecting Eastern and Southeastern Ohio,” Bill Johnson said.

Chairman Smith added, “I am pleased to welcome Congressman Bill Johnson to the Committee on Science, Space, and Technology. The Committee plays an exciting role in the discoveries of science, the exploration of space and the development of new technologies. Congressman Johnson has been a business leader with specialized expertise in high-tech manufacturing. And with over 30 years of experience in the Information Technology industry, along with a distinguished military career in the U.S. Air Force, Congressman Johnson brings a unique perspective to the Science Committee. I look forward to working with him to support policies that spur innovation, job creation and economic growth.”