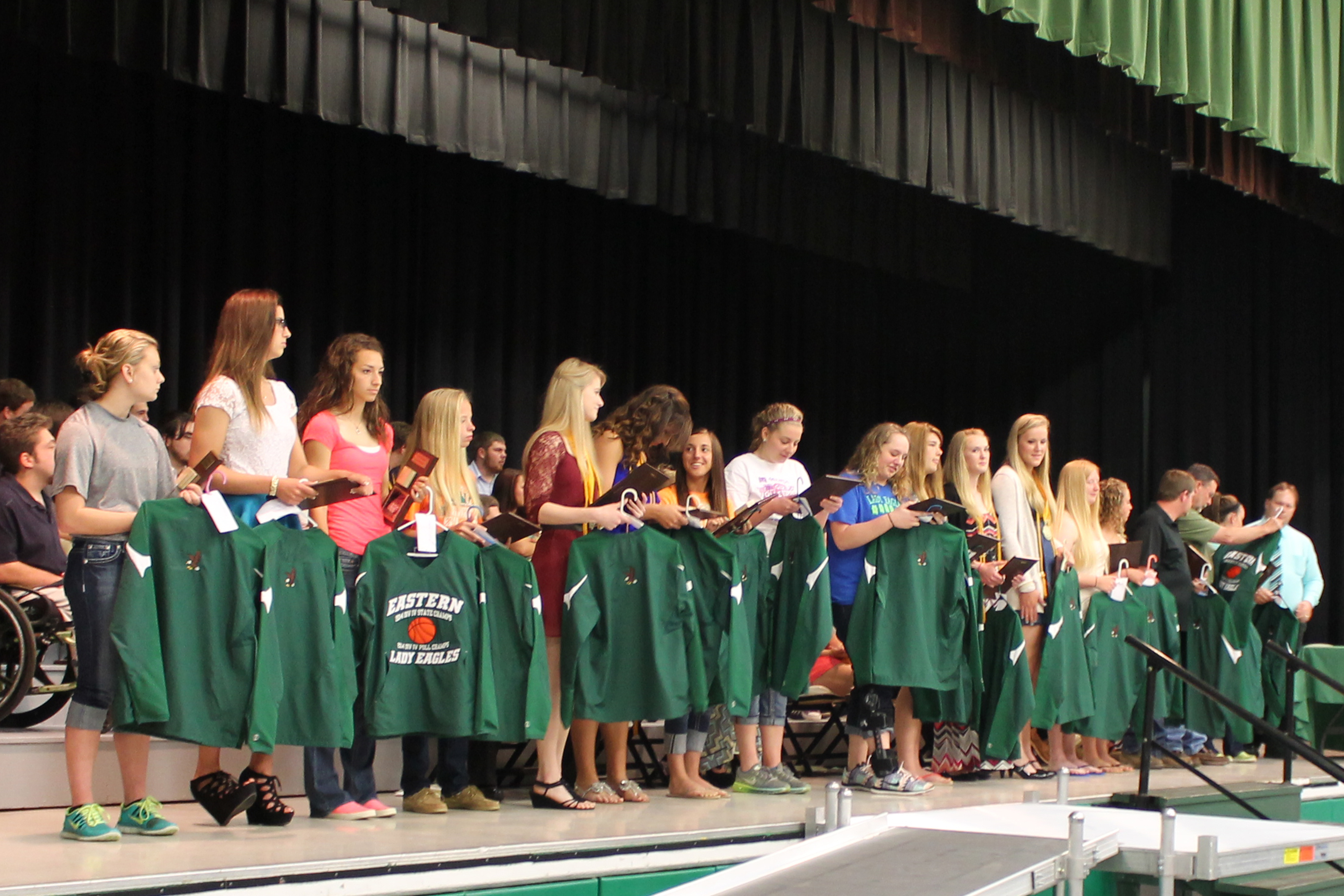 On Thursday, May 22nd, Farmers Bank attended the Eastern High School awards assembly to honor the seniors and to recognize the great accomplishments the student body has made. During the awards, special acknowledgement was given to the Eastern Lady Eagles basketball team and their state championship title. At that time, Farmers Bank announced that they will donate championship jackets for the entire team.

“Seeing our community rally together because of what these girls accomplished is inspiring,” said Jessica Staley, Tuppers Plains Branch Manager. “I’m just thrilled I could be a part of it.”