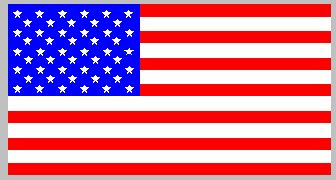 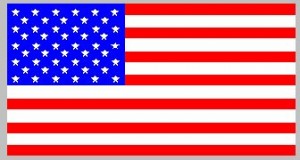 U.S. Senator Jim Inhofe (R-Okla.), a veteran himself, sponsored an amendment to the National Defense Authorization Act of 2009 and President George W. Bush signed it into law. As shown below, it authorizes active duty personnel and veterans out of uniform to salute the flag when raised or lowered, when the flag passes by during a parade, and during the playing or singing of the National Anthem before the flag at public events. Many veterans are unaware of this. Usually, I’m the only one in the arena saluting. A congressman, who is a veteran, tacked this authorization onto this defense appropriations bill.

It is expected that soon veterans will also be authorized to do the same with the Pledge of Allegiance to the flag.

Probably a fourth of the men attending a football game are veterans. If all of them would salute, it would be 1) an impressive show of patriotism. Saluting would be 2) an assertion of pride in having served and 3) great support for the remaining troops in Iraq and Afghanistan.

Finally, 4) saluting could be a subtle help to current military recruiting and maintaining a volunteer army instead of having to resort to the draft again. I ask that all veterans join me in saluting with pride when the National Anthem is sung or played before the flag at public events.

May I also request that public address announcers help at games and other events by saying something like the following: “Please stand for the playing of the national anthem. We ask the veterans to salute and everyone else to place their right hands over their hearts.” This would be a beautiful gesture of patriotism, support for the troops who are now serving, and gratitude for the veterans who have served.

Fellow veterans, let’s all salute the flag in solidarity at the Veterans’ Day parades and whenever we attend sports and other events throughout the year. Perhaps if this idea becomes part of the culture in our area, it could spread to the rest of Ohio and the country. For this to happen the Veterans of Foreign Wars, the American Legion, the Amvets, the Polish Legion of American Veterans, the Veterans’ Administration, and other veteran organizations would have to promote saluting among their members. At the same time, veterans would have to talk it up and promote saluting among themselves.