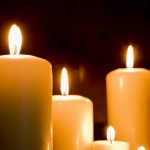 Harry “Doug” McQuaid, 82, of Gallipolis, passed away on Saturday, November 15, 2014 at the VA Medical Center Hospice in Dayton, Ohio.

He was born January 25, 1932 in Gallipolis, son of the late Lawrence W. McQuaid Sr. and Rose M. Sheline McQuaid. He was a retired Air Force veteran, having served in both the Korean Conflict and Vietnam War. Doug was a 32nd Degree Mason. He was a member of Masonic Lodge #7 in Gallipolis and the DAV Lodge #53. He enjoyed golfing, fishing and was an instructor of electronics at Rio Grande College.

In addition to his parents, he was preceded in death by four brothers, Lawrence W. McQuaid Jr., Homer E. “Jack” McQuaid, Gene A. McQuaid, Sam R. McQuaid and a sister in infancy, Julia.

Services will be 11:00 a.m., Wednesday, November 19, 2014 at the Willis Funeral Home with Pastor Alvis Pollard officiating. Burial will follow in Reynolds Cemetery. There will be full military services by volunteers of area veteran’s lodges and Wright Patterson Air Force Base. Friends may call at the funeral home on Tuesday, November 18, 2014 from 6-8 p.m. There will be Masonic Services at 8:00 p.m.