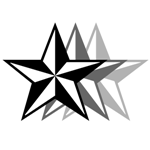 Last week, Portage and Fulton Counties joined Medina, Athens, and Meigs Counties to petition for County Charters through direct initiative. County residents are faced with shale gas drilling and fracking wastewater and liquid natural gas (LNG) pipelines, and are determined to protect themselves through a vote by the people for community rights to preserve clean air, water, and soil, and assert their right to local self-government. They join a growing movement across the state for community rights.

Portage County residents have been alarmed for years at the volume of frack wastewater deposited into fourteen active injection wells, and learned more wells have been permitted. Athens and Meigs Counties also face unprecedented quantities of wastewater to be injected in their communities. The wastewater threatens aquifers, and has been tied to earthquakes in a number of states, including Ohio.

Finding no remedy through FERC, the Ohio Department of Natural Resources, or their elected representatives, residents contacted the Community Environmental Legal Defense Fund (CELDF) to assist them to advance community rights, including their right to local self-government, through drafting County Charter initiatives. CELDF and their partner organization, the Ohio Community Rights Network (OHCRN), are also assisting in grassroots organizing and education in each of these Counties.

Fulton County resident Liz Victor noted, “Some people living in the path of the original NEXUS route are receiving letters that NEXUS is rerouting their pipeline. In other words, they are going to find a different swath of Fulton County families whose lives can now be destroyed. Putting the pipeline through other communities instead of ours is no victory. It belongs in no one’s backyard. And, the sad truth is, NEXUS at any time can return to their original route. We will not be denied our inalienable rights, as Fulton County residents, to local self-government, to clean air and water, and to our County’s health, safety, and welfare. And we are united in our opposition to the pipeline.”

CELDF’s Ohio community organizer Tish O’Dell stated, “It is gratifying to see people all across Ohio stand up for their rights over claimed corporate privileges. Most of these residents attempted to work within the current system of laws and regulations, and quickly realized no one was looking out for their communities. It is clear to each community group that it is the people of the community, who are directly affected by the permitted harms, who must fight for their rights and the community’s future. We are at the beginning of a new movement – the Community Rights Movement – and it is very exciting to be a part of it.”

All five counties are gathering signatures for the November 2015 ballot.

Through grassroots organizing and public interest law, CELDF works with communities across the country to establish Community Rights to democratic, local self-governance and sustainability. CELDF has assisted nearly 200 communities to ban shale gas drilling and fracking, factory farming, and water privatization, and eliminate corporate “rights” when they violate community and nature’s rights. This includes assisting the first communities in the U.S. to establish Rights of Nature in law, as well as the first communities to elevate the rights of communities above the “rights” of corporations.