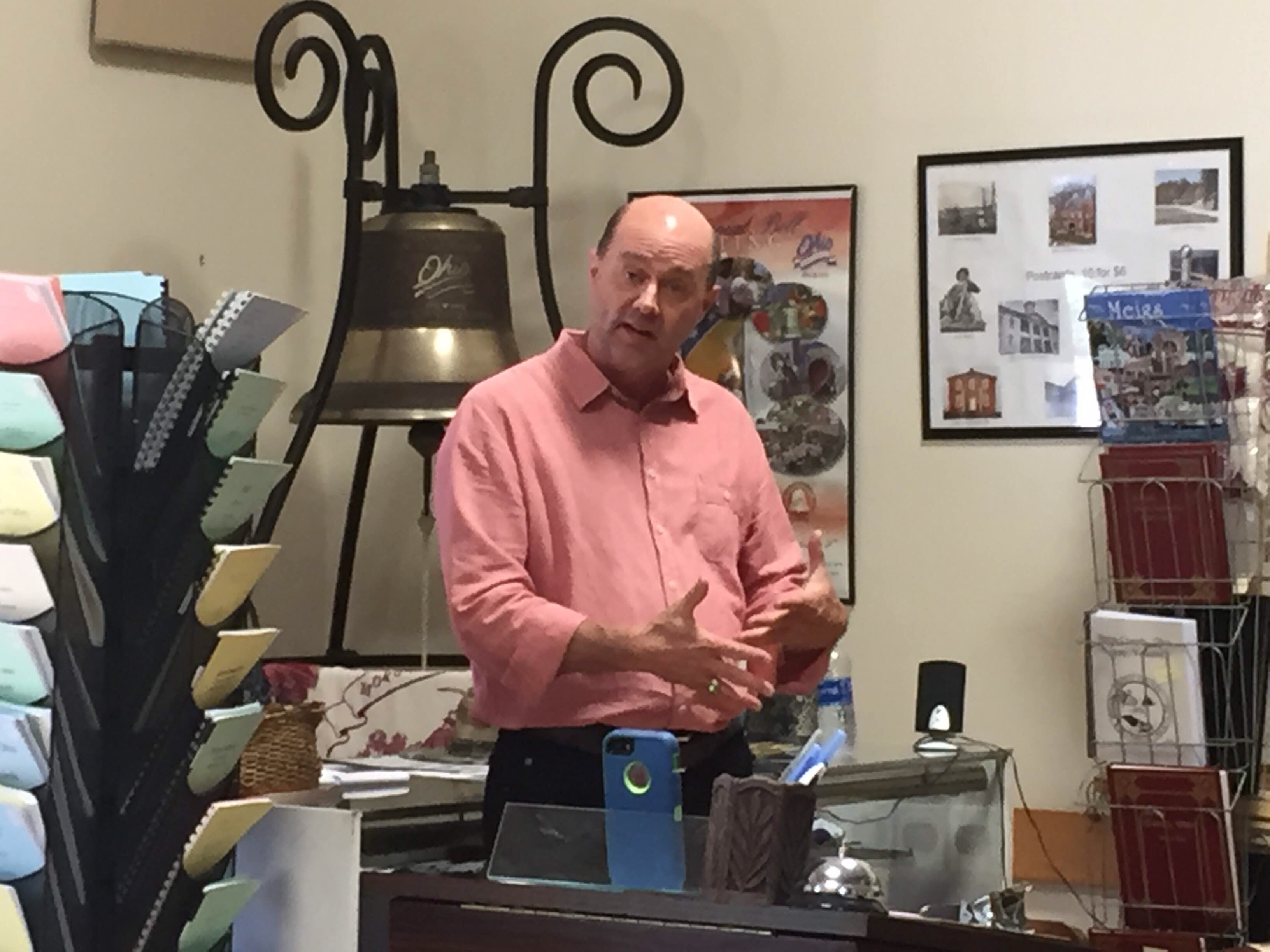 Scott H. Dockus, of Lapstrake Marketing as well as Director and Executive Producer of the upcoming “Raiders on the Ohio documentary explained the project and what it means for Meigs County during the press conference.

“It’s not a documentary about exactly what he (Brigadier General John Hunt Morgan) did and points of interest along the way, but the people who were impacted by his raid on both sides, the North and the South,” he said.

Backus went on to discuss the purpose behind the documentary is a collaboration between the Buffington Island Battlefield Preservation Foundation and the documentary makers to gather stories and oral histories of descendants involved with or impacted by General John Hunt Morgan’s Great Raid of 1863. The documentary will be titled, “Raiders on the Ohio”.

Through a series of town hall style meetings, stories will be gathered. These gathered stories and oral histories will provide the foundation and creative approach for the forthcoming documentary, “Raiders on the Ohio”.

The Buffington Island Battlefield Preservation Foundation is partnering with the film makers in this project which means traveling through 24 counties of Ohio’s Appalachia to gather stories and oral histories of descendants who were involved in or affected by Confederate States of America Brigadier General John Hunt Morgan’s Great Raid of 1863. Either as a Confederate Raider, or one of Burnside’s Union contingent responsible for tracking and capturing General Morgan and his Rebel Raiders, or one of the residents whom the soldiers paid a visit, all stories and perspectives are wanted for the documentary.

The gathering of stories is phase one of Raiders on the Ohio and has three primary objectives: to preserve, protect, and promote our national and state heritage, in this instance heritage refers to General John Hunt Morgan’s Great Raid of 1863, the Buffington Island Battlefield, and the John Hunt Morgan Heritage Trail; to promote tourism and economic development within these participating counties and Ohio’s Appalachia region; and to encourage community engagement through a series of town hall events.

Phase two is the production of the forthcoming documentary. To achieve the objectives for phase one, the Buffington Island Battlefield Preservation Foundation has launched an aggressive fund-raising campaign to raise more than $100,000. To donate or to be involved, refer to www.raidersontheohio.com. The Buffington Island Battlefield Preservation Foundation is accepting financial support to make the project possible and any donation is tax-deductible. The group is also accepting donations of a product or service that can be auctioned during a town hall event. If an in-kind donation is provided then the cash value of this donation is also tax-deductible. The foundation is hoping to reach its goal of $114,165, but will aid in the preservation of the Buffington Island Battlefield, aid in the gathering of these stories and oral histories, and also support the initial production of the documentary.

An idea that began in Morgan County has led to a state-wide, scholastic, and historic campaign. Museums and destinations, such as Heritage Village of Cincinnati, Historic Fort Steuben, and the Salem Historical Society and Museum are involved. Historians, such as David L. Mowery and Larry Strayer, have joined Kent State University, WOUB (Athens, OH), and Ohio History Connection (among others) on this quest. There are minds that study history, minds that make history, and minds that preserve history. It is the result of preservation that provides scholars a subject to study, and events to define. Heritage preservation is something that affects every person – worldwide – regardless of their age, race, or nationality.

National Poppy Day, Remembering the Fallen and Supporting the Living