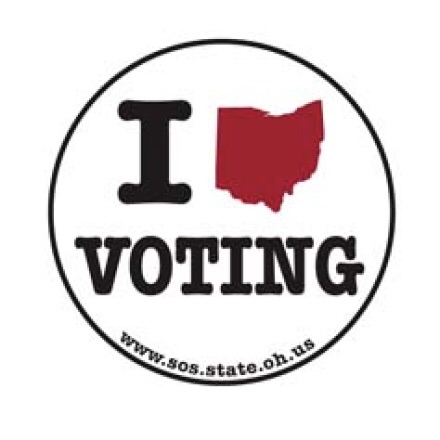 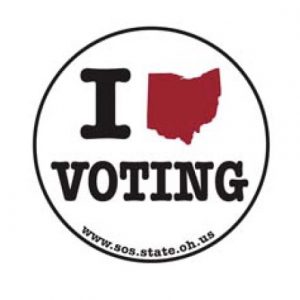 COLUMBUS, Ohio – Ohio Secretary of State Jon Husted today announced the official launch of the Day for Democracy program which will involve businesses, nonprofits and other organizations in helping to recruit poll workers ahead of the 2016 Presidential General Election in November. The program specifically asks organizations to become a partner by distributing information to their members and employees on how they can dedicate a “day for democracy” by volunteering to become a poll worker on Election Day.

The launch event, which was held at the national headquarters of Nationwide in downtown Columbus, also featured executives from founding Day for Democracy partners, Nationwide and American Electric Power (AEP).

“Freedom and democracy are rights we enjoy as Americans, but they are not without their responsibilities,” Secretary Husted said. “In order to be successful, we need a bipartisan army of over 35,000 dedicated individuals to sign up to make a day for democracy by volunteering to be a poll worker on Election Day and it’s time to enlist.”

“Poll workers are the gatekeepers of our democracy, ensuring that every voter has equal access and the opportunity to cast their ballot in confidence. Yet, too often, polling places in Ohio and across the country lack the sufficient personnel,” Congresswoman Beatty said. “That is why it is critically important we encourage more Ohioans to help by serving their community and protecting the right to vote.” Beatty continued, “I salute all the organizations who have joined in the statewide effort to recruit precinct election officials, and thank the many dedicated, hardworking poll workers—you are true public servants.”

Ohio being one of the most important and watched swing states in the nation, it is important to have each polling location appropriately staffed so voters have a quick and smooth experience on Election Day. Organizations that partner with the Ohio Secretary of State’s Day for Democracy program will allow their employees or members to get a front row seat to witness democracy in action.

“Nationwide is proud to support the Day for Democracy program led by Ohio Secretary of State Jon Husted,” said Nationwide’s Executive Vice President and Chief Legal Officer, Mark Howard. “Nationwide has a heritage of civic involvement and a long history of creating opportunities for our associates to serve as poll workers on Election Day. We recognize that filling the 35,000 poll worker roles needed on November 8 will be no small feat. Nationwide and our Civic Action Program (CAP) reach out to associates by hosting recruiting events at our work sites across the state, and we support our associates who choose to participate.”

Many businesses and organizations have already joined the cause and are beginning to work with their employees to raise awareness for the need that exists in 2016 and every election season. Though not required for joining the program, businesses are also being encouraged to offer paid time off so their workers can serve their community on Election Day.

“We’re proud that AEP employees have stepped up to serve as poll workers in every election since 2004, thanks to our partnership with the Franklin County Board of Elections and other counties throughout Ohio,” said AEP Vice President for Corporate Communications Dale Heydlauff. “Our employees have found working the polls to be an educational and rewarding experience, and our company benefits from having employees engaged in the political process and providing an essential service to the community. We’re excited to participate in Day for Democracy to encourage more citizens to support the democratic process by becoming poll workers.”

The Franklin County Board of Elections was on-hand after the event to get Nationwide employees signed up to be poll workers this November.

“Poll workers serve as ambassadors of our democratic process. It is essential we employ capable, energized and qualified candidates to work the polls. Having served as a poll worker on numerous elections, I applaud the Secretary’s recruitment efforts. This is a great opportunity for businesses and non-profits to engage in an important public service opportunity and experience,” said Columbus City Councilman Michael Stinziano.

In addition to serving their community, those who sign up to serve as a poll worker will also receive proper training and be compensated for their time.

Businesses and individuals seeking more information on becoming a partner in Ohio’s Day for Democracy program can visit www.DayforDemocracy.com.