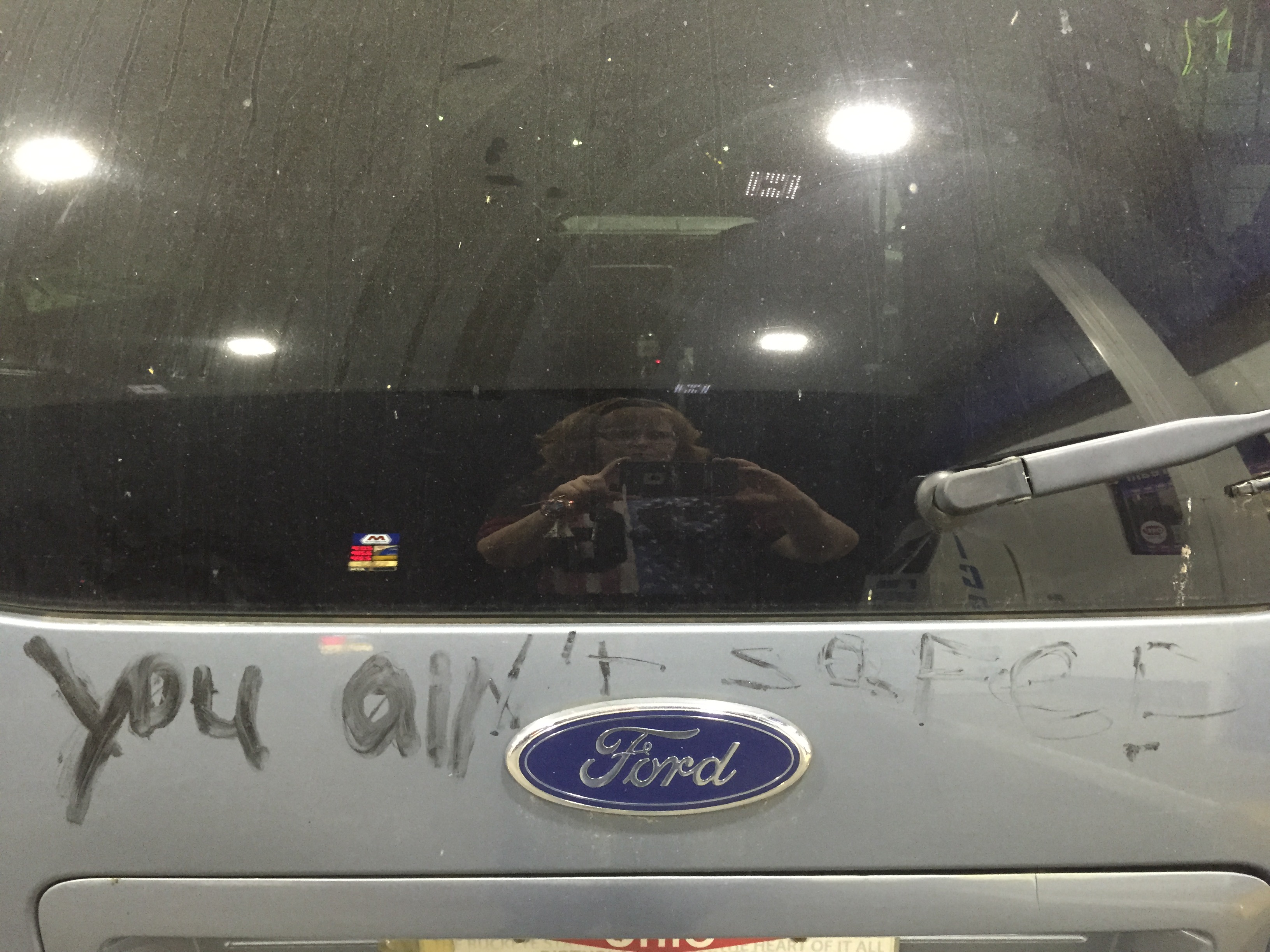 POMEROY – Events continue to unfold following the filing of an appeal in the Meigs County Common Pleas Court by a police officer that was placed on “permanent suspension” by Pomeroy Police Chief Mark Proffitt and the Pomeroy Village Council.

Sometime Sunday night, the van owned by Larsen was targeted with vandalism. Someone had written, “You ain’t safe” on the back of the vehicle. It appeared as if another word had been started but was not completed for whatever reason. The Meigs County Sheriff’s Office responded and took a report, but it is difficult to tell exactly when the graffiti was scrawled on the vehicle.

Larsen said he was not deterred. The United States Army veteran served from 2006 to 2010, including 16 months in Iraq. He was honorably discharged.

It is unclear as to what “you ain’t safe” attempted to be convey. Was this because of the current litigation with the village and police department or was it someone targeting police in general? It was clear Sunday night that there would not be any immediate answers as the investigation is ongoing. Further information was unavailable as to whatever the substance was used to write and scratch into the back of the vehicle.

Following the story breaking last week by the Meigs Independent Press, and the follow up article, a petition was started on Change.Org. The petition currently has 117 signatures (as of publication). The petition calls for Pomeroy Mayor Bryan Shank to take action and remove Chief Proffitt from the department. Comments on the petition allege corruption on the part of the police from Chief Proffitt to a couple other officers including Lieutenant Andrew Quine for harassment and questionable things such as writing tickets for low tire pressure. Lt. Quine was recently promoted by Chief Proffitt and has had increased authority at the department right along with veteran Pomeroy police officer, Captain Jim Webster.

The petition on Change.org, https://www.change.org/p/bryan-shank-get-mark-proffitt-out-we-need-a-new-chief-of-police

The original article on this story, https://meigsindypress.com/2016/09/19/permanent-suspension-of-pomeroy-police-officer-leads-to-legal-action-against-village/

The second article on this story, https://meigsindypress.com/2016/09/21/government-agencies-investigating-circumstances-around-permanent-suspension-of-pomeroy-police-officer/

Sheriff Issues Level 2 Snow Emergency, Others Dealing with No Power