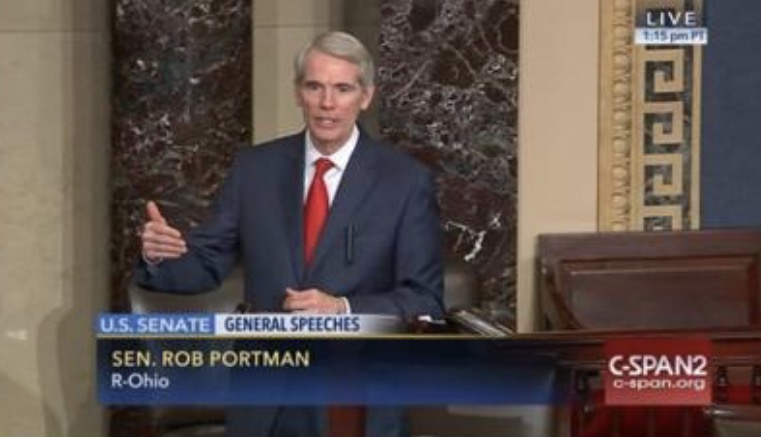 By Rob Portman, Senator from Ohio

The advances made by the scientific and medical communities over the past few decades have been incredible. From research facilities being able to go to an RFID labels provider to help improve inventory tracking and sample management all the way up to 3D printed body parts, so much has changed. It’s truly amazing what technology has allowed us to do. In just the past thirty years, life expectancy in the United States has increased by five years, and almost half of that increase took place just in the last decade.

I often think about my own mom, who died 22 years ago – too young – of a rare form of cancer that was considered incurable then. Today, I meet Ohioans who are remission from that same cancer due to the amazing research and therapy advances of the past two decades. This amazing research and therapy advances wouldn’t have been possible if it were for things like an improvement in medical equipment (just take a look at how easy it is to get a sample into a pipette tip if needs be) and of course, the improvement in our knowledge about the world (and science) certainly helps.

But even with that progress, there is still so much work to do. Right now, there are nearly 7,000 known rare diseases afflicting nearly 30 million Americans-nearly triple the population of Ohio. Of these thousands of diseases, only about 500 have cures.

For the sake of these millions of families who are waiting for cures, we’ve got to make sure that our scientists are able to continue pursuing new knowledge and new technologies. At a minimum, I believe Congress should ensure that our laws aren’t holding them back.

Unfortunately, the fact is that many of our public health regulations are out of date. Many of our laws are older than key medical breakthroughs that have changed our health care system.

In many cases, bureaucratic red tape gets in the way of medical progress. One result is that it costs an estimated $1 billion to get a new drug through the Food and Drug Administration’s approval process to someone who needs it.

Making the federal government’s role in public health smarter and more efficient is the idea behind the 21st Century CURES Act, which I strongly supported and was recently signed into law.

Most federally-funded medical research is done through the National Institutes of Health (NIH). Nearly $700 million of this research is done right here in Ohio every year at world-renowned institutions like the Ohio State University and Case Western Reserve University and the University of Cincinnati. CURES authorizes $4.8 billion in NIH research, including $1.8 billion for research to fight cancer and $1.5 billion to fight brain diseases like Alzheimer’s and Parkinson’s.

CURES also authorizes a new “Eureka prize” competition to financially reward scientists who find cures. Scientists doing medical research for the federal government will now be required to share their findings with the public so that other scientists don’t have to duplicate their research done with taxpayer dollars.

CURES also makes comprehensive reforms to our mental health care system and improves training for those who care for people with mental health or substance abuse disorders.

One provision of this new law that I was particularly supportive of will have a big impact on the heroin and prescription drug epidemic that has hit Ohio hard. CURES authorizes $1 billion in new funding for states to enhance prevention, treatment and recovery. With more heroin and prescription drug and other opioid overdose deaths than any other state, Ohio will especially benefit from this support.

I strongly advocated for this immediate funding to be included in the bill because I believe it complements the more comprehensive CARA Act we just passed and, together, has a chance to help turn the tide in this terrible epidemic. I also pushed hard to get both the CURES state grants and the CARA funding in the actual spending bill that also passed Congress at year end.

CURES also contains a number of other ideas I’ve fought for in the United States Senate to strengthen Medicare. These include protecting hospitals in low-income areas from penalties in the Affordable Care Act, protecting cancer hospitals like the James Cancer Hospital in Columbus from scheduled Medicare cuts, and ensuring that seniors who have Medicare Advantage can keep it.

CURES is good news for scientists, for those struggling with the effects of addiction, for seniors on Medicare.

It’s also good news for taxpayers. It spends our tax money in a smarter way and has the potential to save money in the long run. Think about it this way: we don’t spend much money on polio anymore, because scientists came up with a cure. Cruel diseases like Alzheimer’s and Parkinson’s cost our society about $250 billion a year combined. If this new law leads to even one new cure, it could significantly reduce our growing health care costs.

But most of all, CURES is good news for those 30 million American families who live with one of these debilitating diseases like cancer, Alzheimer’s or a rarer disease. If you aren’t in one of those families, then you know someone who is. With this new law in place, all of us have more reason to be optimistic that the progress that has been made can accelerate.

(This is an installment of a weekly column by Sen. Rob Portman. The views expressed are his opinion.)