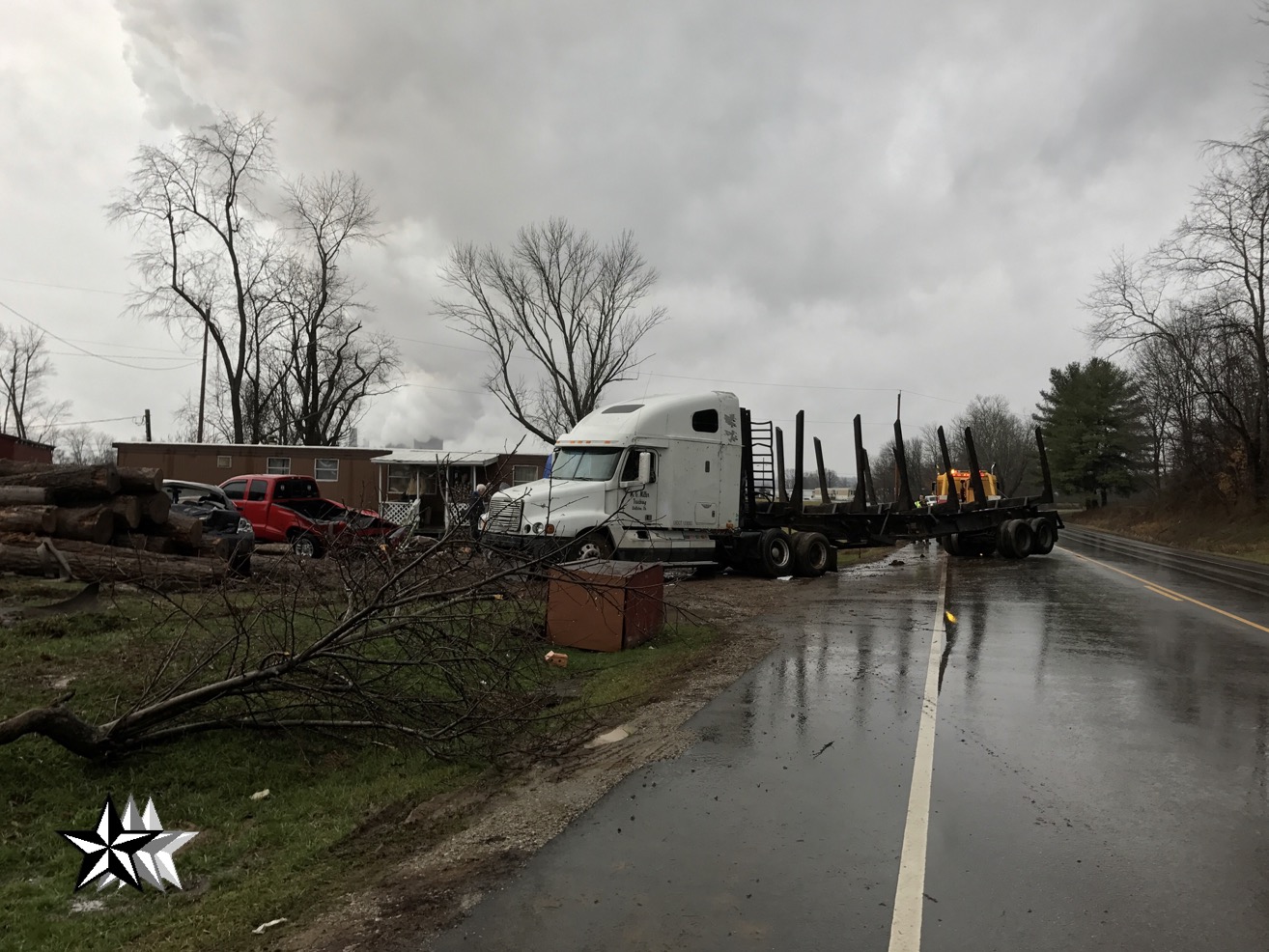 CHESHIRE – A driver losing control of a log truck could have turned into tragedy, but miraculously did not early Tuesday morning.

A log truck driven by Rick Messer, 63, of Jackson, was headed east on State Route 7 about 5:30 a.m. when he lost control of the vehicle. The tractor trailer went off into the berm and continued into the a yard, striking the corner edge of a mobile home. The truck, still moving, plowed into a parked car and a truck before finally coming to a stop.

According to Trooper Mark McFann with the Ohio State Highway Patrol, no one was injured in the incident. Trooper McFann said the driver, Messer, would be cited for failure to control.

Troopers remained on the scene following the investigation for clean up and towing of the log truck as traffic was limited to one lane. The road remained open throughout the incident.

If you have been involved in an accident with a truck and have suffered physically and financially as a result, you may want to speak to Demas Law Group Car Accident Attorneys to help you with a potential claim.

Likewise, those injured in a trucking accident in the Oklahoma City area could reach out to Ryan Bisher Ryan & Simons for legal assistance.

Meigs County Man Indicted on Rape Charges Against a Child