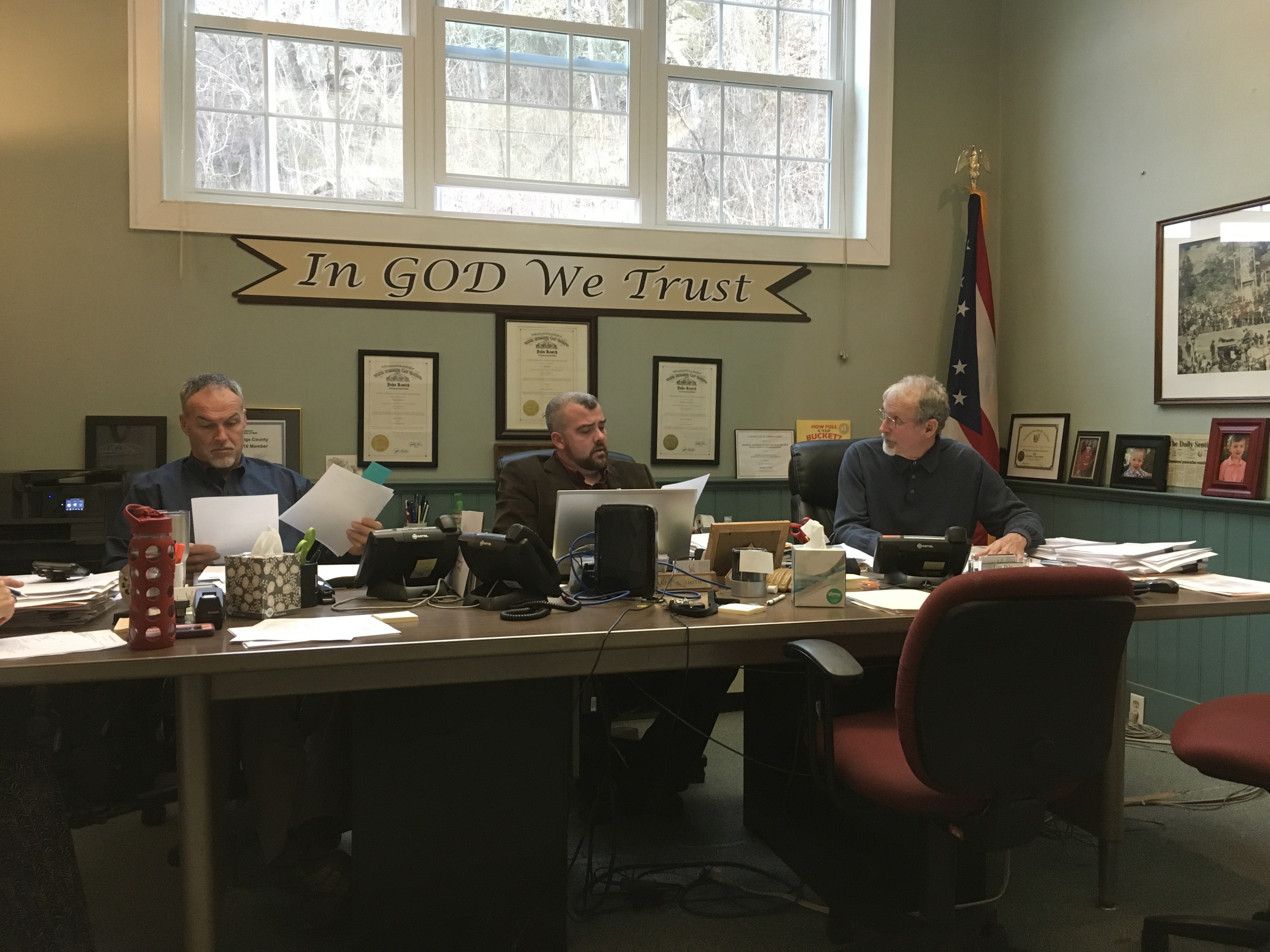 POMEROY – After years of working to get the books “in the black,” Meigs County Commissioners could see a $600,000 plus positive balance disappear.

Meigs County Commissioners met Thursday, January 12 in their regular weekly meeting. The commissioners, Mike Bartrum, Randy Smith and Tim Ihle were all present for the meeting. They discussed the county’s budget among other things.

At one point, Meigs County was barely “paying the electric bill.” In recent years that has changed and the county has been doing well enough that this past year the commissioners began doing some capital improvements to the Meigs County Courthouse and other county facilities. The courthouse was painted this past year. Roof work was also completed along with work on the HVAC. Other work included less noticeable things such as consolidating and clearing various cables and cords on the outside and inside of the courthouse. The county also moved, improved and consolidated some offices such as the Board of Elections into a more energy efficient location. A new dog shelter was also constructed. The county had a $617,643.93 carry over from 2016, even with the capital improvements and building the shelter. The amount the county is expected to lose from their budget as the current law stands is right around $600,000.

The Medicaid sales tax stands to impact counties across the state, but for Meigs, it could be a major blow according to the county commissioners.

“It puts us in the Stone Ages,” Commissioner Smith said.

Offices throughout the county have been preparing as much as possible as cuts loom unless legislation pushes through changing things. The revenue from a sales tax applied to all health care services provided by a Medicaid managed care organizations is being changed. Ohio and it’s counties stand to lose a chunk of their budgets. The state has been reported to potentially be losing $1.1 billion from it’s budget. Most counties would see a loss of 7.5 percent of their sales tax revenue cut. For larger counties with more businesses and a larger sales tax base, the impact will be felt less to their budgets. Small counties, especially in Appalachia are going to feel the loss more. State legislators have until the end of session in June to address the short falls to ease counties into a transition with the lost tax collections and have time to adjust their budgets. The surplus Meigs County has could easily disappear to make the 2017 budget, leaving a possible carry over into 2018 greatly reduced. Commissioner Smith told the Meigs Independent Press that changes in something like the employee insurance policy could quickly eat up any carryover at that point.

All of three of the commissioners were hopeful that newly elected State Representative Jay Edwards (R) would help in efforts to change things. Commissioner Smith said Rep. Edwards was aware of it. He said Rep. Edwards has two counties in his district that look to be impacted the most, Vinton and Meigs.

The commissioners said they are watching the matter closely and described the issue with the Medicaid sales tax as “cautious” as they go into 2017.