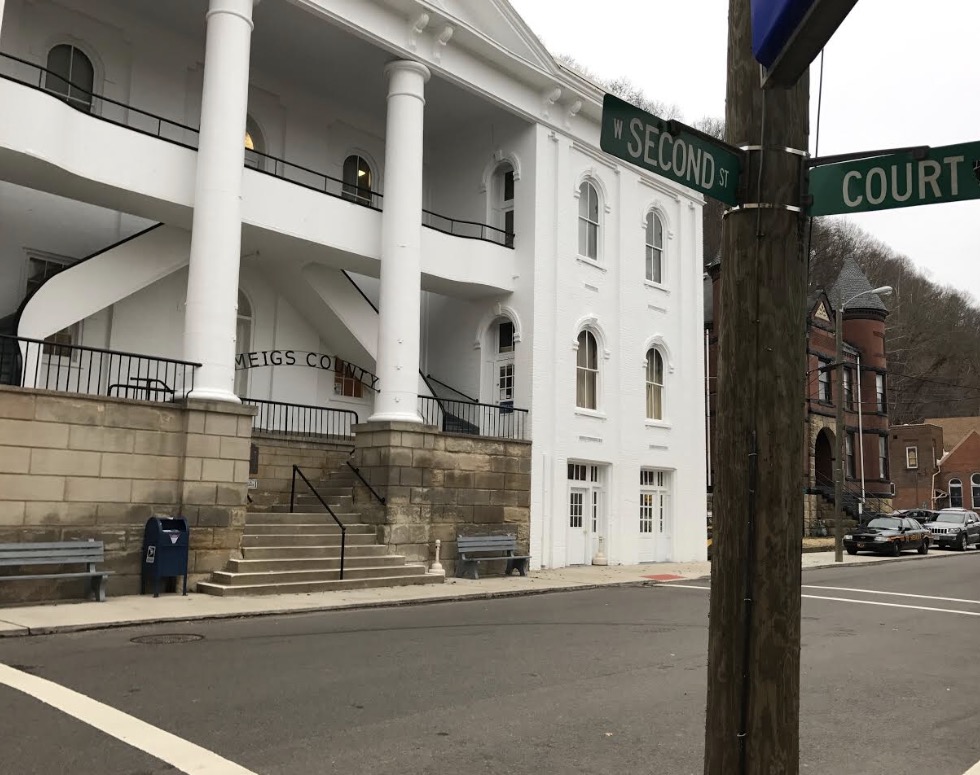 POMEROY – The Meigs County Courthouse was briefly placed on lockdown Wednesday afternoon following a report of gun shots being fired near Court Street.

According to Meigs County Sheriff Keith Wood, the “shots” were fired around 2:30 p.m. “Deputies, along with agents from the Gallia-Meigs Major Crimes Task Force responded from the court house and sheriff’s office to Second Street, Court Street and Mulberry Avenue looking for the source,” according to a statement sent to the Meigs Independent Press.

Deputies also checked businesses in that area and individuals on the street as they investigated the alleged shots.

Law enforcement officials were advised that sheets of drywall that were being unloaded during the time of the alleged shots being fired. The drywall was being unloaded on Front Street. The sound may have been what prompted the report of gun shots.

The all clear was given by Sheriff Wood. The courthouse and business returned to normal.