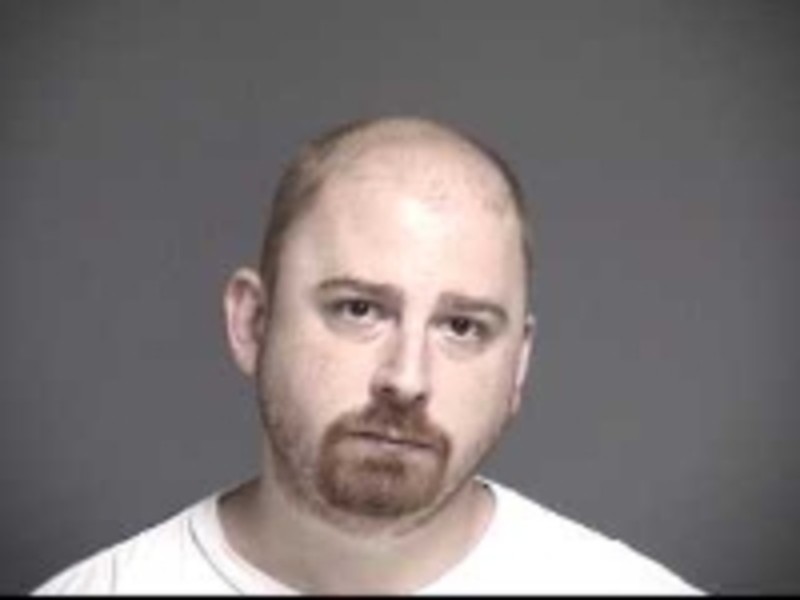 POMEROY – A man from Loveland, Ohio is accused of trying to meet a 14-year old in Middleport for sex.

James Morger, 29, was arraigned in the Meigs County Court with a bond of $100,000 or 10 percent according to court documents. Meigs County Prosecuting Attorney James Stanley asked for the $100,000 bond and interim Judge Mick Barr granted it. Barr was serving as judge that day as County Court Judge Steven Story was ill. Morger did not post bond, however, as he is wanted for a parole violation in Warren County.

Instead, he met the Meigs County Sheriff’s Office. According to Major Scott Trussell, the Gallia-Meigs Major Crimes Task Force assisted the sheriff’s office in apprehending Morger.

It’s not the first time Morger has been accused of using social media to contact a juvenile. Morger was accused, charged and convicted in another case in Warren County for sexting with a 12-year old. Morger used Skype to contact a 12-year old and shared photos of his genitalia with the child.

The father of two made headlines in the Cincinnati area for his crimes. When law enforcement executed a search warrant related to the 12-year old, they discovered that Morger had been manufacturing hash oil. Morger was charged in Warren County in 2014 with eight counts: one count of Endangering Children, a felony of the second degree; one count of Disseminating Material Harmful to Juveniles; along with multiple drug related charges.

In a plea agreement, the Disseminating Material Harmful to Juveniles was dropped along with four other counts, all drug related. He was convicted in Warren County of one count of Drug Abuse, a felony of the fifth degree; Illegal Cultivation of Marijuana, a felony of the third degree; and Endangering Children, a felony of the second degree. Morger was sentenced to three years in prison.

Morger remains in custody at this time. The Meigs Independent Press will continue to follow this story and update it.