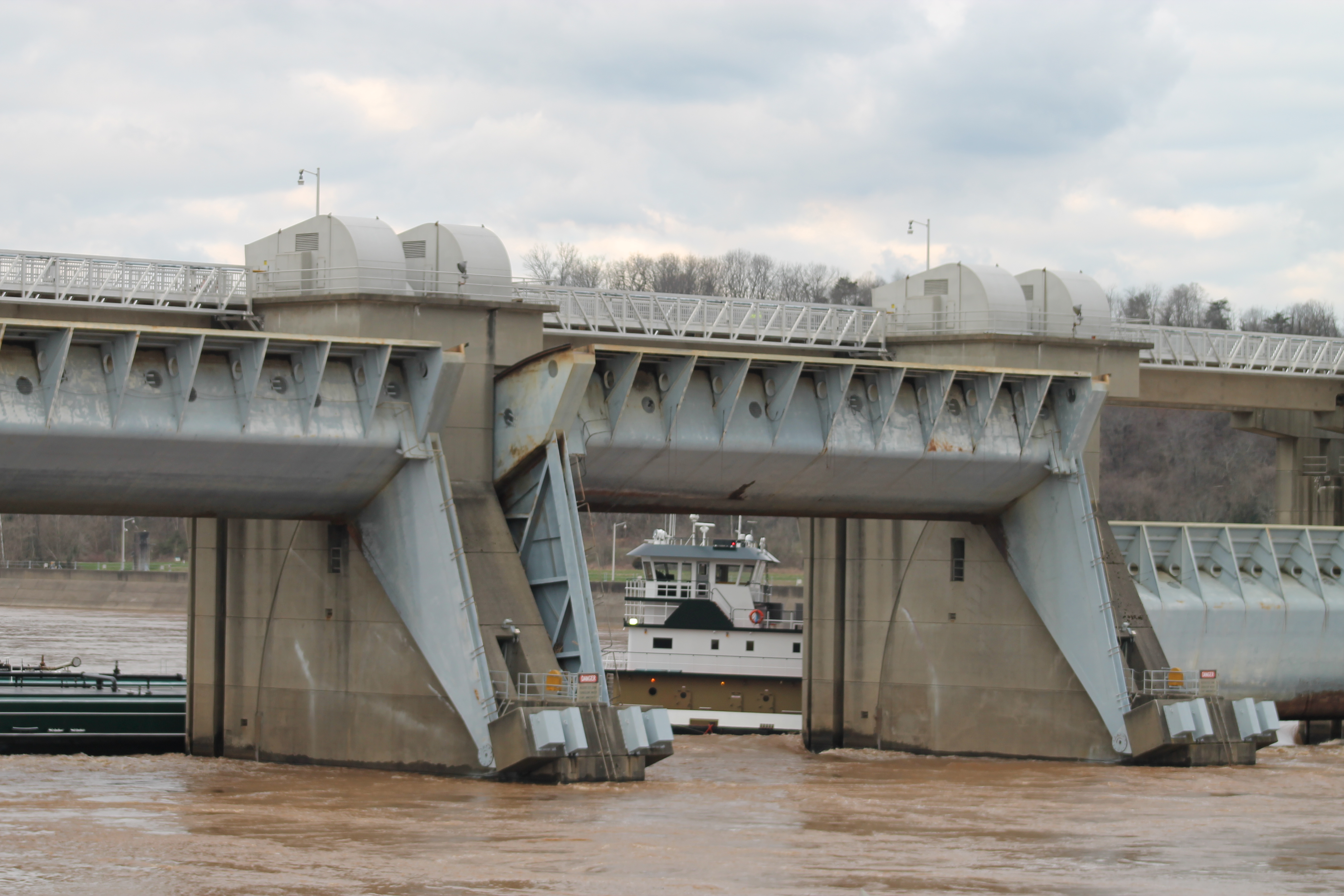 RACINE, Ohio – The Austin C. Settoon will be staying put against the Racine Locks and Dam at least for the next 24 hours.

The tow and two barges have been stuck against the dam since early Thursday morning after another barge broke loose and went into the lock chamber. The tow and attached barges have been secured according to Chuck Minsker, Public Affairs Specialist with the Huntington District U.S. Army Corps of Engineers.

“It’s probably going to be at least 24 hours before they are removed,” Minsker said, adding officials are waiting on the river level to go down before attempting to remove the boat and barges. He added, “The tow and barges will stay in place until industry brings in a bigger craft to move them.”

Minsker said the tow and barges are safely tied off and everyone including the pilot has now evacuated the vessel. At one point, the unidentified pilot was remaining on the Austin C. Settoon. According to Minsker, there appears to be no damage to the dam itself. He said until the water level lowers, it is difficult for the Army Corps of Engineers to fully be able to evaluate the dam’s condition. “It’s hard to say for sure because of the river condition,” Minsker said.

River traffic has been stopped until the tow and barges can be safely removed. Minsker said the river traffic had been slower on the Ohio River because of the higher water level. River traffic is not heavily backed up at this time. The U.S. Coast Guard closed the river to traffic following the incident.

Minsker did confirm the barges are hauling heating oil. At this time, no leaks have been detected or indicated from the barges.

The Meigs Independent Press broke the story on March 2, 2017 after the incident happened. To read the original story, click the link below.