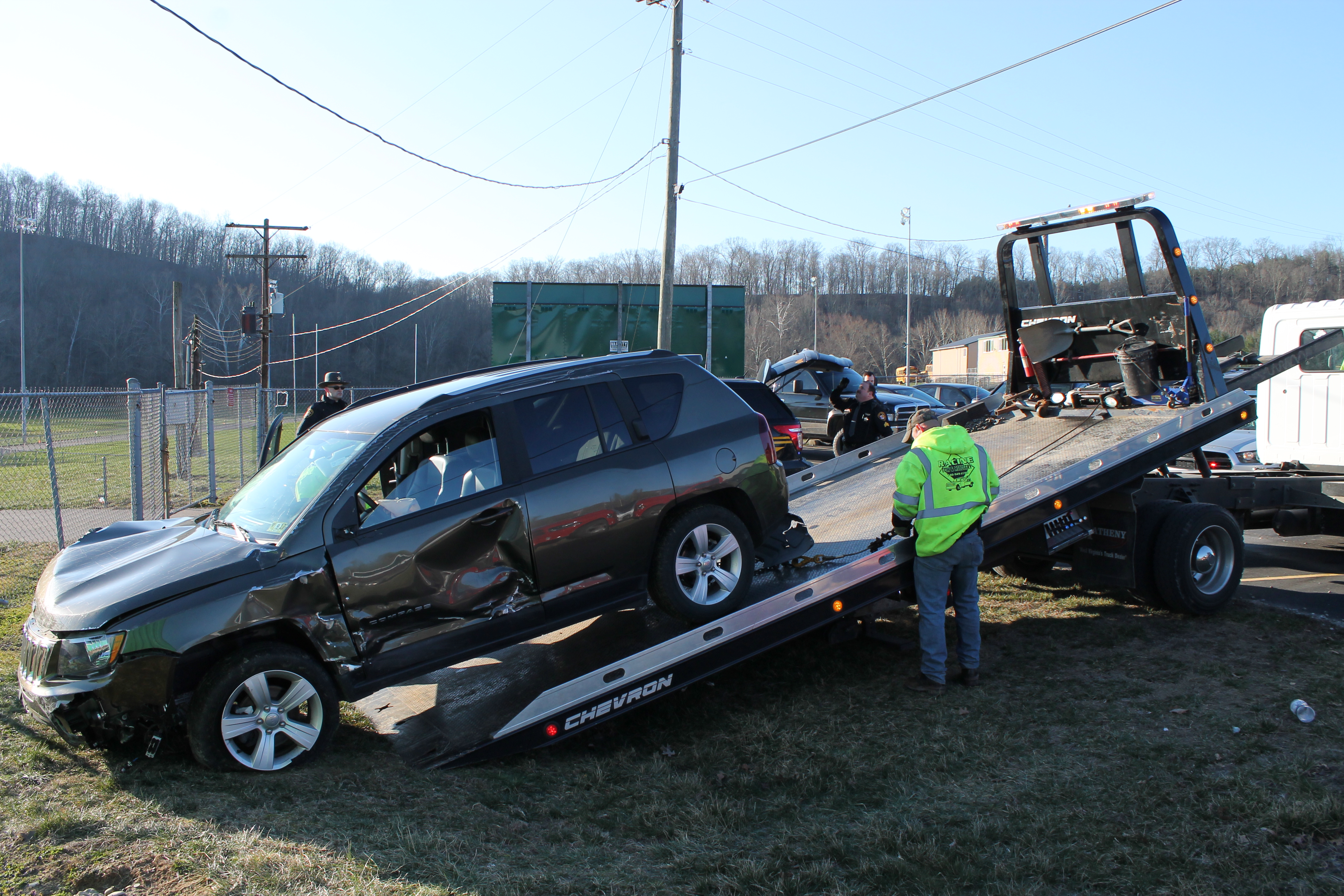 REEDSVILLE, Ohio – A high speed chase that went on for hours across counties ended Wednesday morning on the grounds of Eastern High School.

The suspect, Jason A. Austin, 34, was immediately apprehended when he crashed into the school’s sewer plant. Austin led law enforcement on a trek that went through multiple counties beginning around 3 a.m. March 15, 2017 according to Lt. Virgil Conley with the Ohio State Highway Patrol. Lt. Conley said the incident began with a call from Parkersburg Police Department saying they believed they had located a stolen vehicle. Parkersburg Police initiated the pursuit, attempting to stop Austin. From there, the pursuit was on as Austin crossed multiple counties including slipping onto back roads before finally being boxed at Eastern High School. The school was on lock down during the incident.

Austin has an extensive record including robbery, weapon under suspension, resisting arrest, escape along with new charges pending from the incident crossing West Virginia and Ohio.

According to Lt. Conley, once the pursuit entered Meigs County the Sheriff’s Office took over as Austin barreled down State Route 7. The suspect avoided multiple stop sticks during the chase. At one point, Sheriff Wood said the suspect ended up near the Tuppers Plains Fire Department and even drove through several yards causing damage.

“No one was injured. Very thankful it came to an end without injury. Unfortunately, it ended on school property,” Sheriff Wood said. A building along with fencing and a sewer plant grate were damaged when Austin crashed the vehicle into the school’s sewer plant.

Charles Holsinger with Eastern Local School District said he had been working on the sewer system where Austin crashed the alleged stolen vehicle. Holsinger said there was damage to a grate which he was working to get covered.

Austin was taken into custody by the Meigs County Sheriff’s Office.