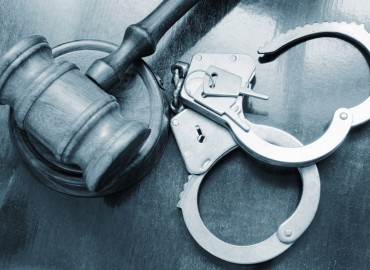 POMEROY, Ohio – A woman has been sentenced for taking money from an organization devoted to bringing music into the lives of children and the community.

Lisa B. Victory, 40, entered a guilty plea previously in the Meigs County Court of Common Pleas, but was sentenced by Judge I. Carson Crow on March 29, 2017. She admitted to taking $4,696 from the Eastern Music Boosters.

Victory was indicted by a Meigs County Grand Jury on October 13, 2016. She was charged with one count of Theft and/or Grand Theft, a felony of the fifth degree. In February 2017, Victory changed her plea to guilty to the charge.

Victory appeared in the court with her attorney, Michael Huff. Victory’s pastor, Jordan Bradford, spoke on Victory’s behalf. According to the pastor, Victory has “changed.”

“The Eastern Music Booster appreciates receiving the restitution from Mrs. Victory so quickly. We feel that the amount that was taken from the music boosters was much more because cash from concerts, concession sales, and popcorn sales has no record of being deposited into the account,” Ridenour read before the court handed down sentencing. Various members of the Eastern Music Boosters along with administration from Eastern Local School District were also present in the courtroom.

“Mrs. Victory lied and stole from the Music director, Mrs. Kuhn; the principal, Mr. Bush; and then superintendent, Mr. Gheen, the Eastern school board, and to the music students. Due to the lack of funds during Mrs. Victory’s involvement with the music boosters, the music program could not participate in contests like, solo and ensemble, and other large group contests. Equipment was not repaired or replaced. The marching band could not go to away football games. Music trips were paid for by parents or students did not go. The kids do not realize what you have taken from them and how much you have cost them. They are the victims. You may think that by paying the restitution back and saying you are sorry will amend your wrongs, but God will have the final say. We also feel that Mrs. Victory should not be permitted to handle funds for any group or organization. If she will steal and lie to take money from kids, then she should not be responsible for any other group’s funds,” Ridenour concluded. Judge Crow agreed and part of Victory’s sentencing is she is prohibited from handling funds like that again.

Victory expressed her remorse for taking the funds. She apologized to the Eastern Music Boosters for her theft of funds meant for the students’ benefit. As noted in Ridenour’s statement read to the court, the amount of money Victory never deposited is unknown. Of the funds, the investigation by the Meigs County Sheriff’s Office was only able to prove Victory stole $4,696 as treasurer of the Eastern Music Boosters. Victory only pleaded guilty to stealing to that amount of money.

Also discussed in the courtroom was the fact Victory’s foster children had been removed from the home due to the felony conviction. She has lost her license for at least one year to be a foster parent.

For more information on this story from a previous article, click here.