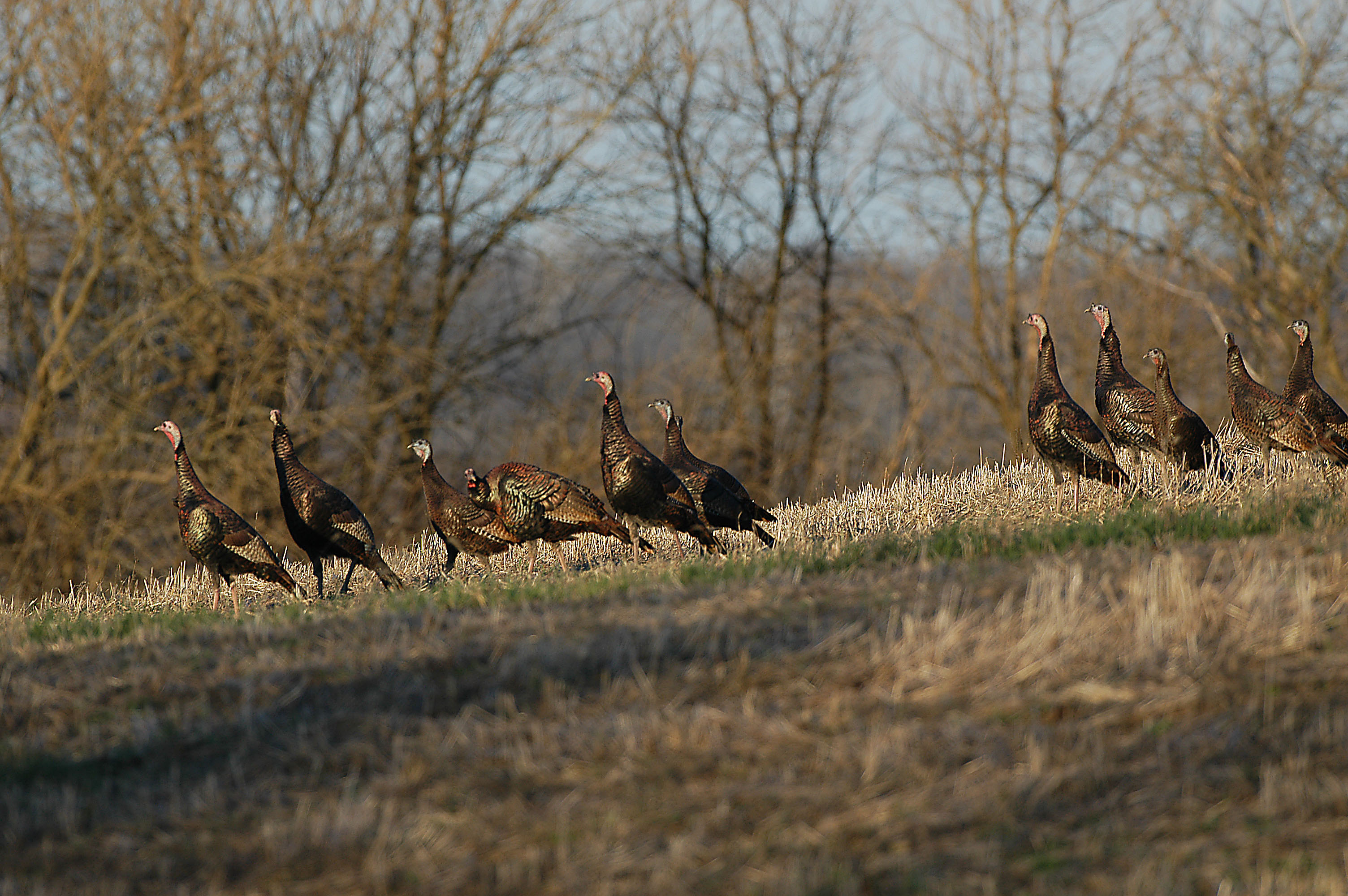 COLUMBUS, Ohis – For many hunters, spring brings the unmistakable sound of gobbling wild turkeys as Ohio’s annual hunt of this popular game bird begins. New for the 2017 season, the state has been divided into two zones for spring turkey hunting: a south zone, which opens to hunters on Monday, April 24, and a northeast zone, which opens to hunters on Monday, May 1. The youth wild turkey season will occur on Saturday and Sunday, April 22-23, according to the Ohio Department of Natural Resources (ODNR). Hunters can view the 2017 spring turkey season zone map at wildohio.gov.

After hearing concerns expressed by those hunting in Ohio’s snowbelt, the ODNR Division of Wildlife surveyed hunters in the northeastern part of the state and conducted a two-year study to examine if turkeys were nesting later there than in other regions of the state. Biologists found that hens in snowbelt counties nested nearly two weeks later than hens in southeastern counties, which supported the creation of a two-zone spring turkey season for 2017 and beyond.

The ODNR Division of Wildlife anticipates approximately 65,000 licensed hunters, not counting exempt landowners hunting on their own property, will enjoy Ohio’s popular spring wild turkey season before it ends on Sunday, May 21, in the south zone, and Sunday, May 28, in the northeast zone. The spring and youth turkey seasons are open statewide with the exception of Lake La Su An Wildlife Area in Williams County, which requires a special hunting permit.

The youth-only turkey season is April 22-23 for youth possessing a valid youth hunting license and a turkey permit. Youth hunters must be accompanied by a non-hunting adult, 18 years of age or older. Only two wild turkeys may be checked by a youth hunter during the two-day season. Additionally, if two turkeys are harvested in the youth season, no additional birds may be taken by the youth hunter for the duration of the spring turkey season.

Hunters are required to have a hunting license and a spring turkey hunting permit. The spring season bag limit is two bearded turkeys. Hunters can harvest one bearded turkey per day, and a second spring turkey permit can be purchased at any time throughout the spring turkey season. Turkeys must be checked no later than 11:30 p.m. the day of harvest. All hunters must report their turkey harvest using the automated game-check system, which is available online, by phone or at a license agent. A complete list of participating license agents can be found at wildohio.gov. Visit the Turkey Hunting Resources page at wildohio.gov, or call 800-WILDLIFE (945-3543) for more information about the game-check process.

Hunters may use shotguns or archery equipment to hunt wild turkeys. It is unlawful to hunt turkeys using bait, live decoys or electronic calling devices, and it is unlawful to shoot a wild turkey while it is in a tree. The ODNR Division of Wildlife advises turkey hunters to wear hunter orange clothing when entering, leaving or moving through hunting areas in order to remain visible to others.