LONDON, Ohio – Ohio Attorney General Mike DeWine, members of the Ohio Peace Officer Training Commission, and law enforcement officers from throughout the state gathered today for the annual Ohio Peace Officers’ Memorial Ceremony to honor the 782 Ohio peace officers who have died in the line of duty since 1823.

“When a peace officer dies as a result of discharging his or her duties, we all feel the loss deeply,” said Attorney General DeWine. “And whether they were linked to our lives through family or friendship, their loss leaves a void that is difficult to navigate and impossible to measure.”

On Jan. 17, 2016, Officer Cottrell, 34, was ambushed and killed in the parking lot of the village municipal building. Officer Cottrell received his degree in criminal justice from the Central Ohio Technical College in 2002. After graduation, he began his career in law enforcement. He served with several departments including Frazeysburg, Thornville, and Utica before coming to Danville. Officer Cottrell, a father himself, was often requested by parents to counsel wayward kids. Outside of work, he was an Atlanta Braves fan and enjoyed coaching youth league baseball.

On April 10, 2016, Officer Smith, 54, was shot while providing cover for other officers during a standoff situation. He was taken to the hospital, where he died on April 12, 2016. During his 27-year career with the Columbus Division of Police, Officer Smith worked on the streets as a patrol officer, in the air with the helicopter unit, in the water as a member of the dive team, and as a sniper with the SWAT team. Smith’s personnel file details his outstanding record. He received a Blue Star and a Distinguished Service Medal in 2013 after being injured during a shootout while bringing in a murder suspect.

On May 19, 2016, Officer Johnson, 46, died after crashing his motorcycle on a flyover ramp during a training exercise. Officer Johnson had just joined his department’s Traffic Safety Unit prior to the accident. Throughout his life, Officer Johnson was known as a peacemaker. The talent for bringing calm to a situation came in handy for Officer Johnson during his 16 years as an officer for the Hilliard Division of Police, especially in his work as a member of the Crisis Intervention Team. Even before he became a Hilliard officer, Officer Johnson had a history of public service: He served first as a senior airman in the Air Force, then as a Fairfield County deputy sheriff, and then as a state liquor-control agent.

On September 15, 2016, Trooper Velez, 48, died after being struck by a car while conducting a traffic stop on I-90 in Cuyahoga County. For almost 27 years, Trooper Velez devoted his life to public service with the Ohio State Highway Patrol. The Lorain native graduated in 1989 from the Ohio State Highway Patrol Academy as a member of the “lean and mean 118” – the 118th academy class. After graduation, Velez began working as a state trooper at the Canfield post, and he then transferred to the Elyria patrol post, where he spent the majority of his career. Later he worked at the Seville patrol post, and, finally, at the Cleveland patrol post. When he wasn’t working, Trooper Velez enjoyed spending time with his three children.

On Sept. 18, 2016, Officer Christian, 24, was traveling south on Rt. 7 when he lost control of his cruiser and crashed. He was taken to a nearby hospital, where he remained in critical condition until his death on Oct. 18, 2016. He was a 2010 graduate of Ironton High School and attended the Collins Career Center Police Academy. He served with the Coal Grove Police Department, and in 2015, Officer Christian became an officer at the Chesapeake Police Department. The fun-loving young man grew up a lot when his daughter, now 3, came along, but he never lost his playful spirit.

Also honored today were seven officers who were nominated for induction to the memorial after their departments, through research, discovered that they had made the ultimate sacrifice for their communities many years ago.

Chief Marshal John M. Cone
Canfield Police Department
Two brothers seeking revenge for being thrown out of the county fair plotted to get even. They created a disturbance in the center of town and Chief Marshal Cone, 29, responded to the scene. When he arrived, the two ambushed and fatally shot him on July 17, 1880. The brothers were sentenced to life in prison.

Patrolman John Manning
Columbus Division of Police
On November 3, 1888, Patrolman Manning, 28, witnessed a fight between men who had reportedly visited several saloons and were arguing about politics. Manning tried to intervene, and one of the men stabbed him with a butcher knife. The officer died two weeks later. One of the men was sentenced to two years in the Ohio Penitentiary.

Deputy Marshal Carl M. Etherington
Granville Police Department
Licking County had voted to become a dry county, which angered many residents of Newark. The sheriff refused to serve warrants issued for liquor law violations. As a result, the Granville mayor deputized several deputy marshals, including Deputy Marshal Etherington, 17. While he and other officers attempted to serve a warrant at a saloon, they encountered an angry mob. As the group closed in on Etherington, he shot and killed one of the men. The mob beat Etherington, who was placed under arrest. The mob swelled to 5,000, broke into the jail, hauled Etherington outside and hanged him on July 8, 1910. Twenty people were convicted in connection with his murder.

Game Warden John C. Wagner
Ohio Department of Natural Resources, Division of Wildlife
Game Warden Wagner, 39, was working enforcement in Cuyahoga County on October 1, 1916, when he encountered two men hunting game illegally in the woods near Bedford. After confronting the hunters, Wagner was shot by one of the men. The game warden was able to return fire, wounding his assailant. Wagner’s body was located days later.

Chief Frederick F. Kundts
Columbus Division of Police
Chief Kundts, 42, had spent March 22, 1936 surveying flood damage in southern Ohio for the Red Cross when he was killed in a car accident. While driving on Rt. 3 in Clinton County, his city vehicle was struck head-on by a car carrying eight people.

Marshal Frank Wilson
Beverly Police Department
Marshal Wilson, 57, pulled a vehicle over for having a broken headlight on January 15, 1949. While he was working at the scene, Marshal Wilson was fatally injured when another vehicle hit the parked vehicle, which struck him.

Constable Roy E. Carter
Miami Township Police Department
Constable Carter, 37, was directing traffic at the scene of an accident when a motorist ignored his signals and sped away. Carter attempted to arrest the driver, who resisted arrest and struck the constable. Constable Carter was taken to the hospital where he died of a heart attack on August 6, 1966.

The names of the fallen officers honored yesterday have been added to the Ohio Fallen Officers’ Memorial Wall, which stands as a lasting tribute to Ohio’s 782 officers who gave their lives for their communities since 1823. The wall is located at the Ohio Peace Officer Training Academy in London, Ohio, where today’s ceremony was held.

A moment of silence was also observed for Cleveland Police Department Officer David J. Fahey, who was killed in the line of duty in January 2017. Officer Fahey will be formally honored during the 2018 ceremony.

In addition, five K-9s killed while serving law enforcement were recognized as part of the Ohio Peace Officers’ Memorial Ceremony. K-9 Jethro of the Canton Police Department died on January 10, 2016, after being shot multiple times by a suspect after the K-9 officer and his handler responded to an alarm at a grocery store and encountered the intruder. K-9 Jethro’s name, along with the following K-9 historical inductions, have been added to a plaque displayed at the academy: 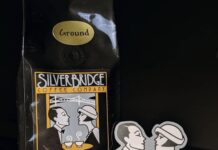 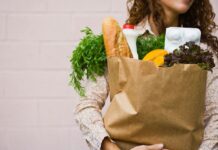 Update: Meigs County Under a Level 3 Snow Emergency, All Roadways...