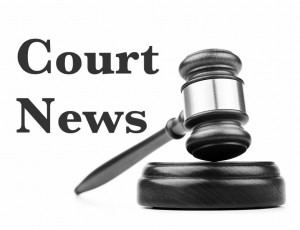 POMEROY, Ohio – One man has been convicted following a one day trial on charges trespassing a home while under the influence of meth.

Evidence at trial showed that on February 3, 2017, Klein entered a residence in the Portland area without permission and by force and/or stealth while under the influence of methamphetamine. While Klein attempted to gain entry to an upstairs locked bedroom, the homeowner shot through the bedroom door in order to defend himself and his wife. Klein was uninjured and temporarily detained at gun-point by a neighbor in the downstairs portion of the residence before fleeing on foot. Deputies with the Meigs County Sheriff’s Office apprehended Klein later that morning.

Meigs County Court of Common Pleas Judge I. Carson Crow sentenced Klein to eighteen months in prison, which was the maximum possible sentence for a felony of the fourth degree.

Klein was indicted on February 15, 2017 for Trespass in a Habitation When a Person Is Present or Likely to Be Present, which is codified under the Burglary code section of the Ohio Revised Code.

Stanley said he is grateful that the victims received justice in this case. He thanks the Meigs County Sheriff’s Office for their swift and thorough investigation of this matter, as well as Assistant Prosecuting Attorney Jeff Adkins for his assistance with this case. Stanley also thanks the victims’ neighbor who aided the victims during their time of crisis.