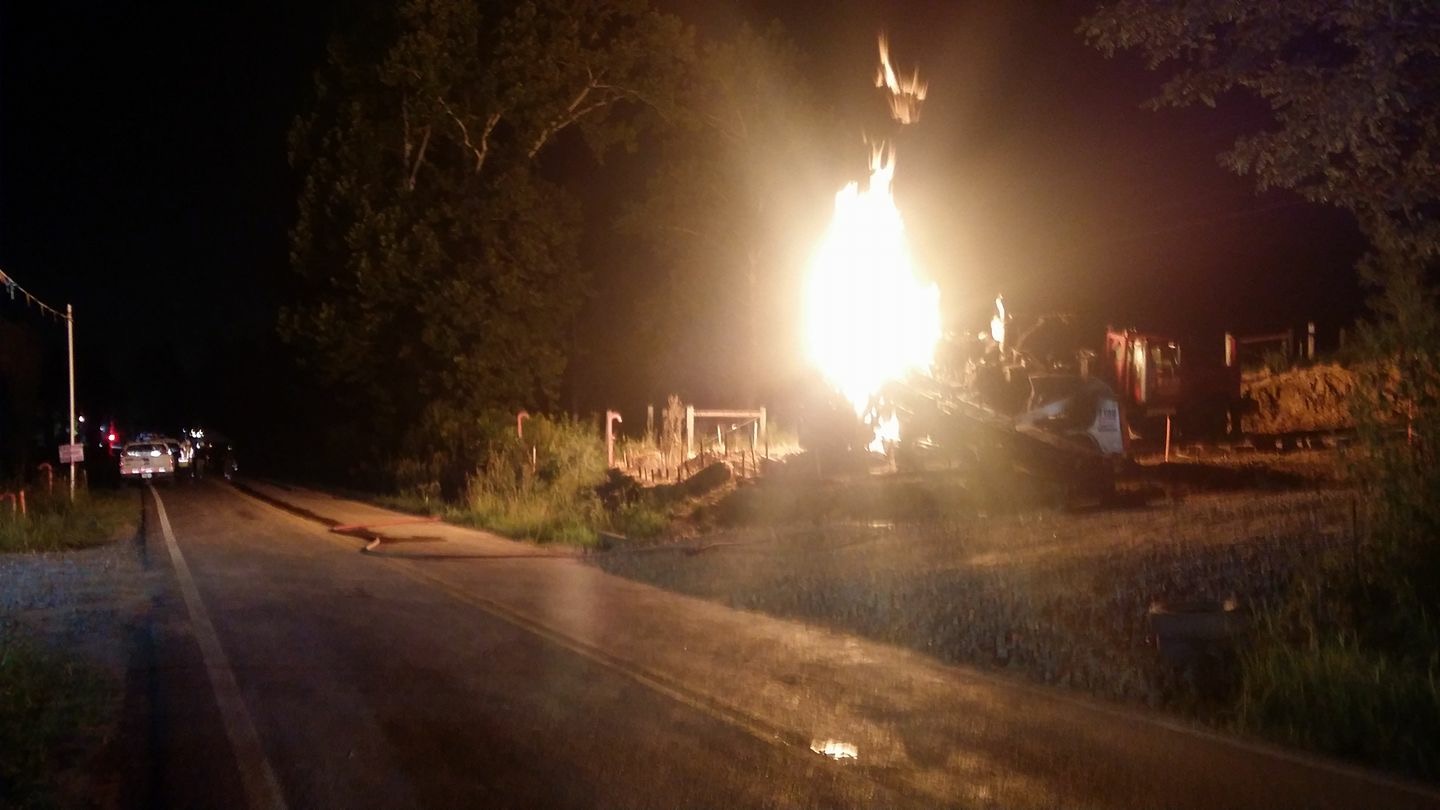 UPDATE: Albany and Scipio Fire Departments continue to remain on the scene. They will remain on site until the morning and re-evaluate the situation. That section of State Route 681 remains closed.

In a statement from Scipio Fire Department, a special crew from Texas is being called in to handle the situation.

Scipio Fire Department has been assisting Albany Fire Deparment with the blaze. The fire departments will remain on site until the Texas team arrives. The team is scheduled to arrive in the morning. According to the statement from Scipio Fire Department on their Facebook page, “When the team starts to tackle the fire, hose lines will be in place as a safety precaution while they work. The incident could last till tomorrow afternoon or for a few days. At this stage information is limited until the attempt to attack it in the morning.”

SOUTHEAST OHIO – A portion of State Route 681 in Alexander Township is closed until further notice due to a drilling rig hitting a gas pocket about 350 feet down according to first responders.

Equipment has burned atop the gas pocket as the gas continues to fuel the fire.

The road is closed from the Athens County line to Petit Road, Alexander Township Road 42 because the gas is still leaking and actively burning.

Crews have been on scene and remain so monoriting the situation. The Meigs Independent Press will update this story as more information becomes available. People are asked to avoid the area.