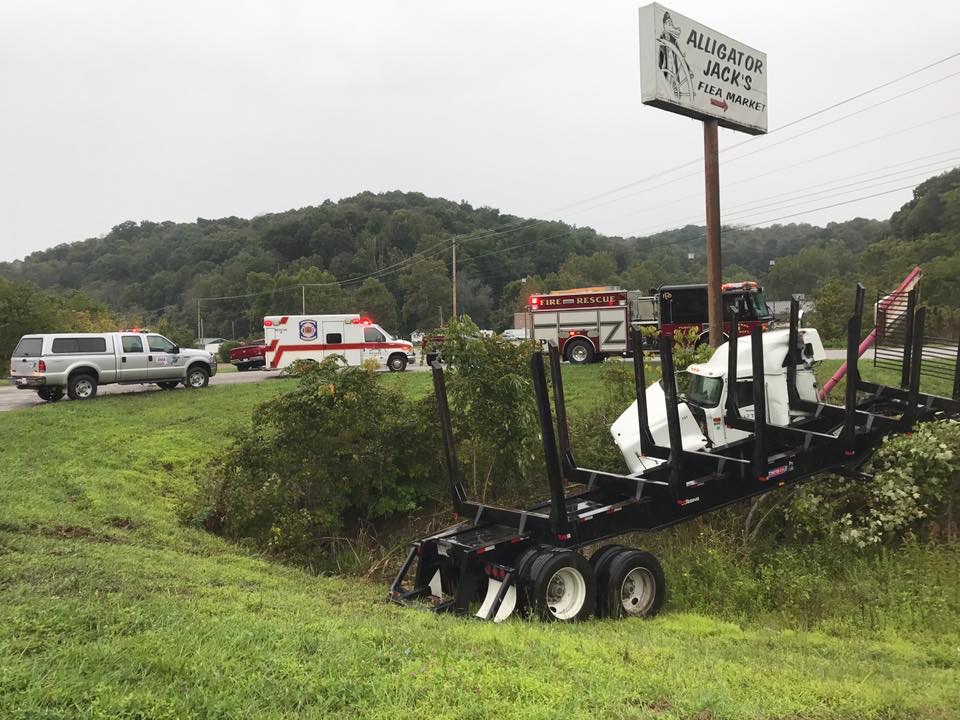 POMEROY, Ohio – A semi truck wrecked Sept. 1, 2017 along State Route 7 at the entrance of Alligator Jack’s.

Emergency personnel and law enforcement responded in Salisbury Township at the intersection of State Route 7 and Laurel Cliff Road where a semi truck jack-knifed and went off the road into a ditch. The driver was out of the vehicle when crews arrived on the scene. “Minor injuries were reported at the scene by first responders,” according to a run report from Pomeroy Fire Department.

Accidents like these happen too regularly, which is why even before you get behind the wheel or you are in the initial stages of checking out a service truck for sale bc, knowing how to keep others and yourself on the road is essential. Just like getting behind the wheel of any vehicle, keep your eyes on the road can make all the difference and can prevent accidents like these from happening.

Responding in addition to Pomeroy Fire Department with Pumper 1 and Rescue 4 were Meigs EMA, Meigs County Sheriff’s Office, the Ohio State Highway Patrol, and Meigs EMS. Pine Tree Towing and Recovery towed the semi truck away. The crash is still under investigation. Luckily, no other vehicles were involved in the accident which would have made the accident a lot more serious. If you have been involved in a crash with a truck like this then you could be entitled to compensation. Look for a lawyer like this Georgia truck accident lawyer for help.