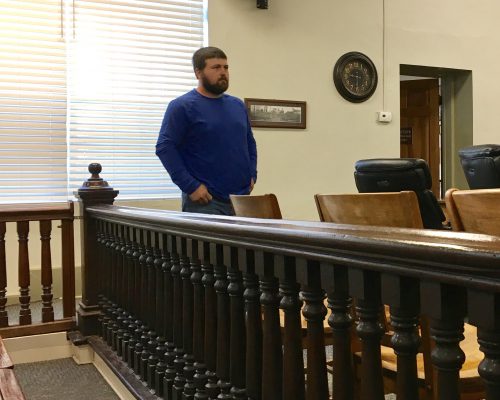 POMEROY, Ohio – An Athens County man has been convicted for attempting to meet a 13-year-old for sex in Meigs County.

Smith was originally charged in the Jan. 6, 2017 incident with one count Importuning, a felony of the fifth degree and one count of Disseminating Matter Harmful to Juveniles, a felony of the fifth degree. He was indicted on the charges by a Meigs County Grand Jury on Feb. 15, 2017. According to the plea agreement, the charge for Disseminating Matter Harmful to Juveniles was dismissed. Smith pleaded guilty to the charge of Importuning (soliciting a minor under 13).

Judge I. Carson Crow ordered a pre-sentence investigation and SEPTA evaluation. Judge Crow does not have to follow the plea agreement for sentencing. According to the plea agreement, Smith would be on community control for 5 years, register as a Tier 2 Sex Offender, complete the SEPTA program, stay away from the victim, and pay all costs of prosecution. Without the plea agreement, Smith could also be sentenced up to 12 months in prison, fined up to $2,500 and be on post release control up to 3 years.

Smith was arrested following an investigation by the Meigs County Sheriff’s Office. As previously reported in the Meigs Independent Press, Sheriff Keith O. Wood said his office began investigating after learning that Smith had been communicating with the 13-year-old via social media. The investigation involved the Family Violence Unit, School Resource Division and Meigs County Children’s Services. Deputies, posing as the victim continued talking with Smith. Smith went to a decoy house with the intention of meeting the victim and having sex with the 13-year-old. Instead of meeting the victim, Smith was intercepted by Deputies in the driveway and he was taken into custody.