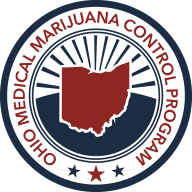 The Ohio Department of Commerce released the locations of the 11 facilities that will be throughout the state permitted to grow medical marijuana from the likes of these premium gelato seeds, that are the smaller Level Two grow centers up to 3,000 square feet. One of the sites will be run by Agri-Med Ohio, a Vienna, West Virginia company. The facility will be located on Salem School Lot Road according to the application.

Later this month an announcement is expected on the application by Ohio Therapeutics, LLC for one of the larger facilities in Meigs County. The facility proposed is 25,000 square feet, which would be an initial $10 million investment and create 40-50 full time jobs paying $15-$16 per hour with full benefits as well as three to four management positions paying $50,000 and up. The facility would be a Level One that would allow for possible future expansion up to 75,000 square feet and more than 100 full time time positions. The medical marijuana grown at the facility would be shipped to another location for processing and distribution. If you are also interested in growing marijuana and selling it for medical use, then you must make sure that you have a cannabis licence before proceeding any further. It is also important that you have all the necessary dispensary supplies you need to run a professional and quality medical marijuana buisness.