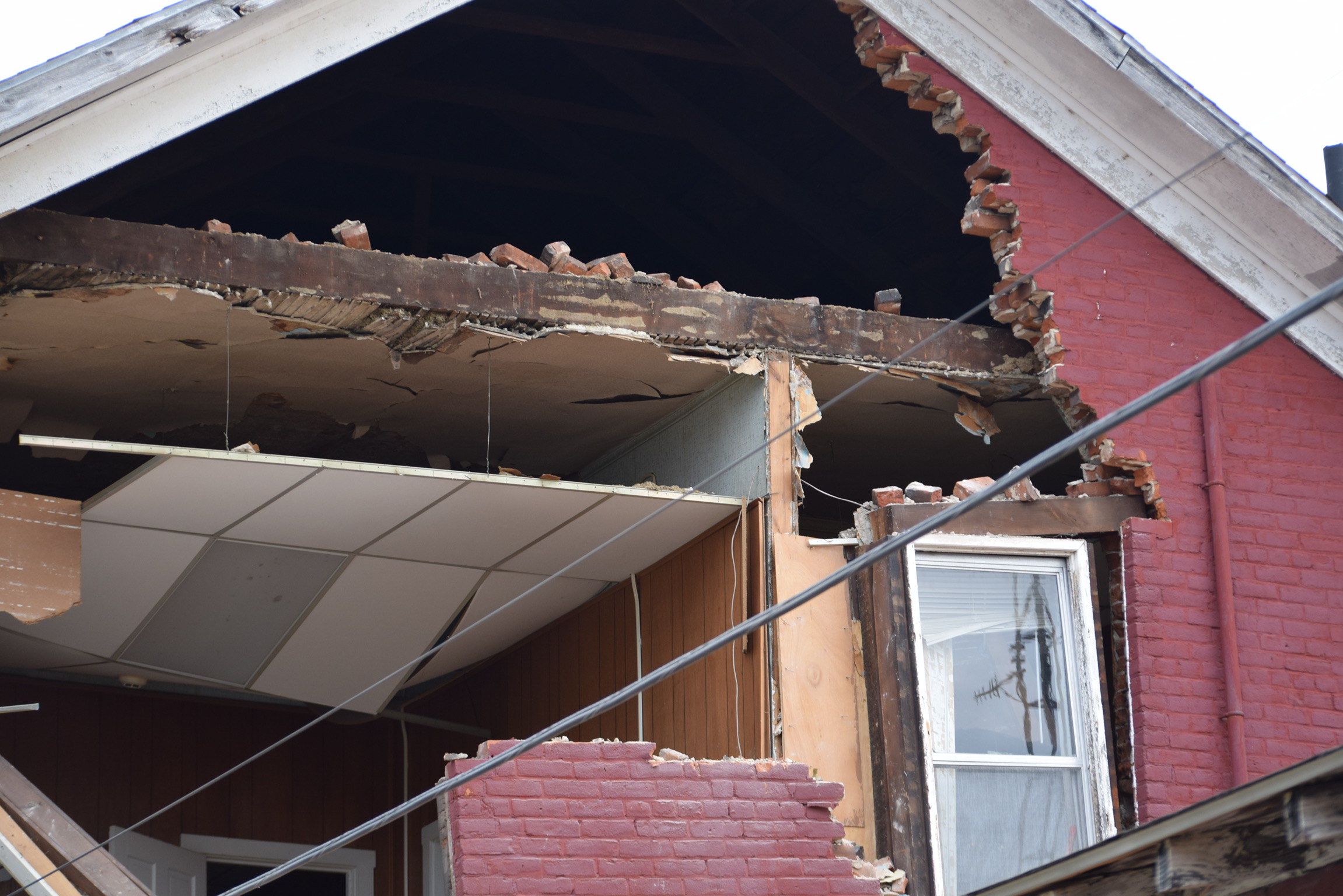 MIDDLEPORT, Ohio – Middleport Council met in an emergency meeting to address the sudden collapse of part of the former Village Hall structure.

A back wall of the structure collapsed around 7 p.m. on Nov. 28, 2017. The upper floor came tumbling down, spilling bricks into the alley way next to the former village hall. Since then, the building has been inspected and has been deemed dangerous. Barriers were placed in the alley way to keep people from trying to drive through.

The Middleport Council met at 3:30 p.m. Nov. 30, 2017 at the current Middleport Village Hall to address the situation. During the meeting Middleport Building Inspector Michael Hendrickson addressed the council about the state of the structure along with Village Administrator Joe Woodall.

“It could collapse at any moment,” Woodall said. It was noted that gas and electric companies had been by to inspect lines and had heard the building creaking and cracking. Hendrickson confirmed that he had heard the same noises when he had inspected the building as well.

Council member Emerson Heighton put the motion forward to tear the building down and allow the mayor and village clerk to enter into contracts necessary including the funding to do so. Sharon Older seconded the motion and it was unanimously passed.

“It is a hazard. It is unsafe,” Hendrickson told the Meigs Independent Press. He said that there had been no warning of the collapse, that no visible signs were there that the building might collapse as it did.

Hutton Excavating was discussed in the meeting and they will be helping the village with the emergency tear down. Hendrickson said it might be possible for the company to begin taking the rest of the structure down as early as Friday, Dec. 1, 2017. The cost was estimated to be between $35,000 to $38,000. Hendrickson told the council the cost was due to the expense of disposing of the materials. He said the contractor would be charged by the pound and it is a brick structure. The village had contacted two banks to see about a loan for the emergency project. The mayor and clerk were instructed by council to use which ever offered the best interest rate.

The building was constructed around 1860 and originally housed the Middleport Fire Department until the 1970s when it was converted to the Village Hall and Middleport Police Department.

ALL PHOTOS BY MADALYN WOOD.