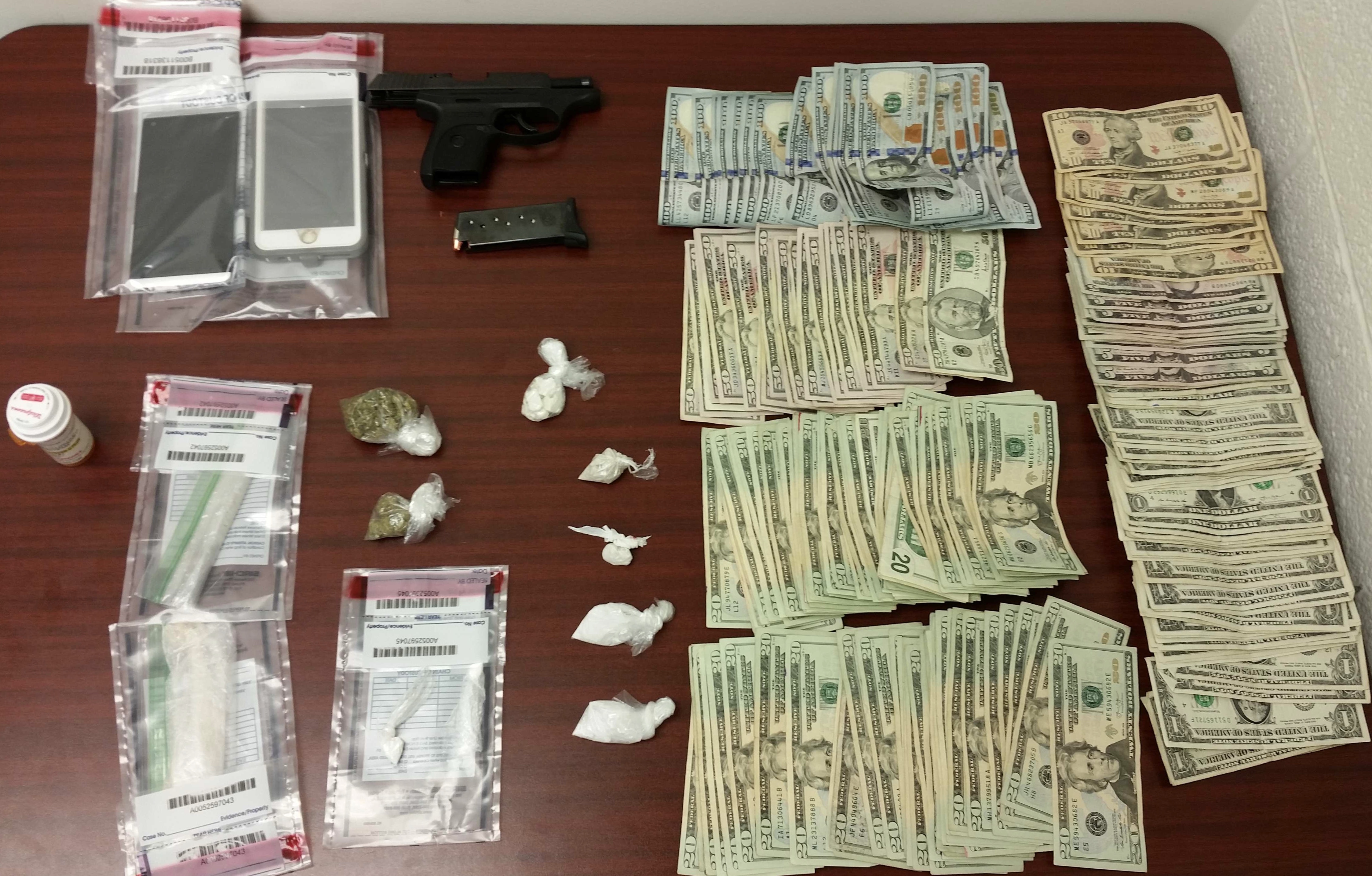 According to a statement from Meigs County Sheriff Keith Wood, in a joint effort the Meigs County Sheriff’s Office and the Major Crimes Task Force of Gallia-Meigs Counties executed a search warrant Saturday morning at the residence of Tyler and Denessa Stewart located on Bradbury Road, Salisbury Township in Meigs County.

The Meigs County Sheriff’s Office working in conjunction with the Gallia-Meigs Major Crimes Task Force executed the search warrant at approximately 12:45 a.m. on Dec. 2, 2017. According to law enforcement, during the investigation heroin, cocaine, crack cocaine, methamphetamine, pills and marijuana were seized from the residence along with a firearm and over $5,000 in cash.

Taken into custody during this investigation were Nickeita M. Givens, 28, and Arieanna M. Heinmiller, 28, both of Columbus, Ohio. Both are charged with Trafficking in Drugs and Possession of Drugs. Both are incarcerated awaiting arraignments in Meigs County Court.

Sheriff Wood stated, “This is the third largest bust in Meigs County since the formation of the Gallia-Meigs Major Crimes Task Force. The commitment of the Task Force continues to be our message. You aren’t welcome in our community! We are there and will be watching you.” Wood added he was, “proud of his officers fighting this drug epidemic, so if you’re dealing you better be looking over your shoulder.”

Sheriff Wood would also like to thank the Middleport Police Department and the Meigs County EMS for their assistance during the search warrant.

The Major Crimes Task Force of Gallia-Meigs is a state task force under the jurisdiction of the Ohio Organized Crime Investigations Commission which is part of the Ohio Attorney General Office. The task force was formed in September 2013 and consists of the Meigs and Gallia County Sheriff Offices, Ohio Bureau of Criminal Investigation, the Middleport Police Department, the Gallipolis City Police Department and both the Meigs and Gallia County Prosecutor Offices.