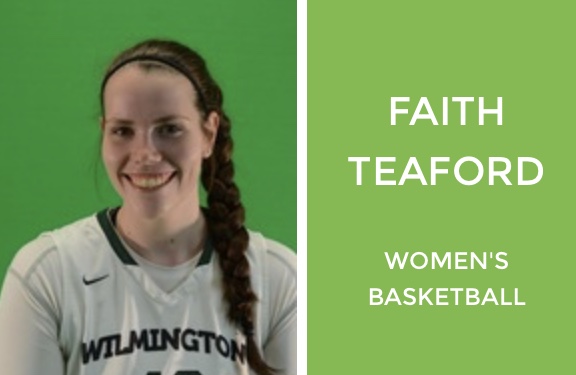 WILMINGTON, Ohio – A Southern graduate has been recognized for her college athletic achievements.

Teaford of Portland, Ohio was the top scorer with her 20-point, career-high, total in the Fightin’ Quakers’ game against Mount Union. In this game, she had a 100 percent shooting percentage for three-pointers and shot 80 percent from the free-throw line.

In recognition of her accomplishments, she will receive a T-shirt from SAAC, and her photo and list of accomplishments will be displayed in Hermann Court.

Faith Teaford is the daughter of Elena and Dennis Teaford. She has two older siblings, Hope and Dennis. She was a four-year starter at Southern where she finished with 1,278 points and more than 1,000 rebounds. She also averaged 18.9 points and 11 rebounds as a Southern senior.