COLUMBUS, Ohio – Information has been released from the state auditor regarding the fiscal state of Meigs at the county level.

According to the report, Meigs County was doing slightly better in 2015 than in 2016. In 2015, Meigs had one indicator at the “cautionary” level. For the 2016 report, there were two “cautionary” indicators noted. One of the indicators was for a reduction in property tax revenue. The other indicator was for Unassigned Fund Balance of the General Fund which is used as a marker of financial health due to unassigned funds being available for possible unexpected expenses. To make sure that your Financial Health Rating is at the best rating it can be and to make sure that your business funds are at the highest quantity possible, you may want to check out a professional to guide you and support your financial health, this will make your business life so much easier and help corporate growth. 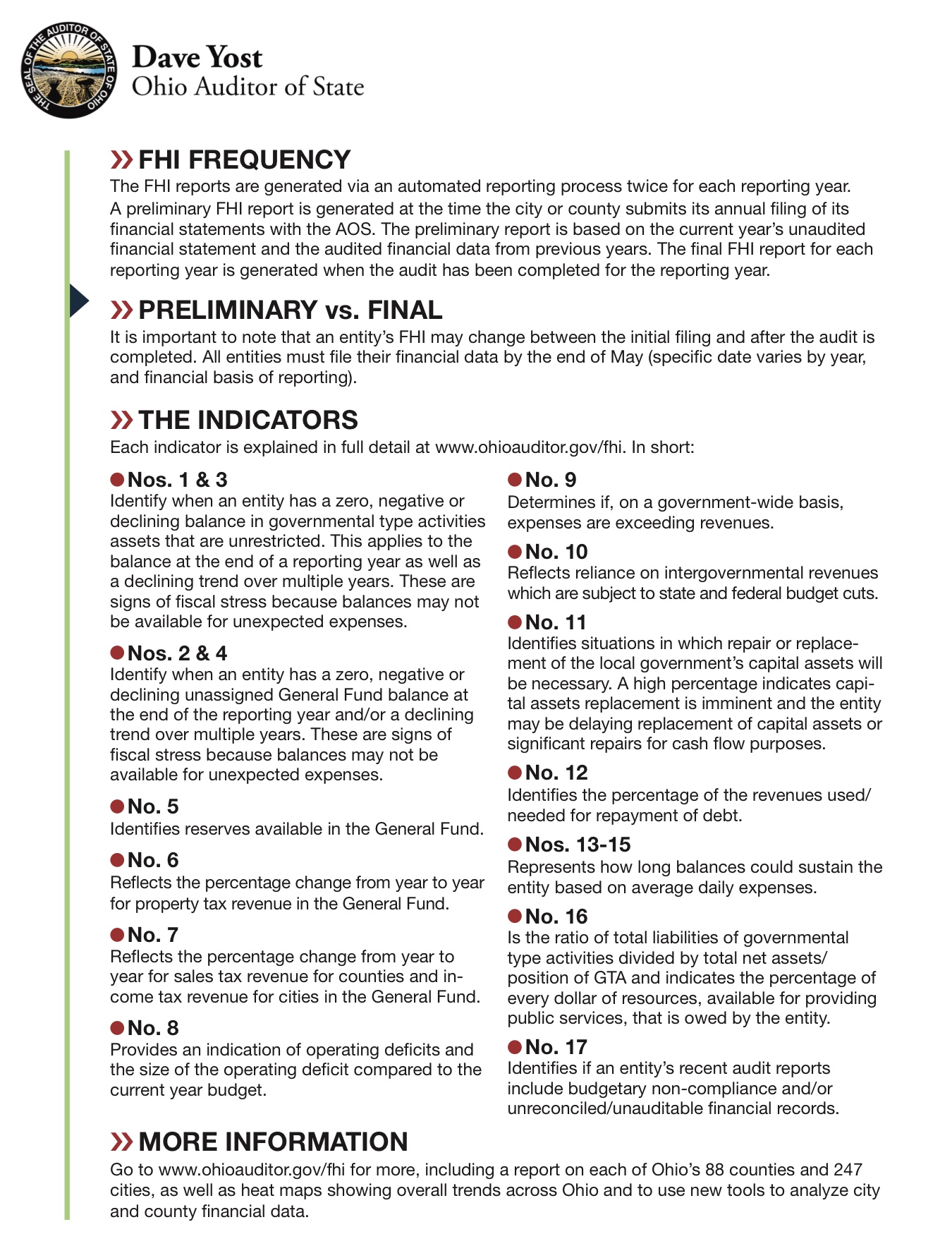 Meigs County currently is facing further issues with the loss of the Medicaid Sales Tax (MCO) revenue for the 2018 budget. The projected loss of income will create cuts across the county budget. It’s important that the county are able to estimate just how much loss can be expected, and doing so through the likes of sensitivity analysis will allow the area to create various what-if scenarios for the 2018 budget. This will allow them to establish an effective financial plan moving forward.

The 2017 budget for the county should not see cuts like that which could happen in 2017 if the state legislature does not move to replace the MCO income loss. The county will receive a one time amount as a stop-gap measure, but it will not be a true fix or permanent replacement for the loss of revenue. For Meigs County, the loss of the sales tax revenue stands to be more than a half million dollars or 21.7 percent of the county’s yearly budget.

Meigs County Commissioner Randy Smith responded to the report telling the Meigs Independent Press, “I am overall pleased with the state auditors report. Especially seeing that Meigs County is not listed as ‘meeting the threshold for fiscal stress based on historic trends.’ Its encouraging that we are not listed as ‘showing early signs of fiscal stress’ or as having a ‘single indicator away from facing an elevated state of fiscal stress.’ We work very hard to maintain a balanced budget and live within our means all while dealing with the rising cost healthcare, undfunded mandates from the state and now the loss of over $500,000 in sales tax revenue because of the Governor’s refusal to work with counties and transit authorities over the MCO issue.”

The Meigs County Commissioners were among those being very vocal about the issues with the loss of the MCO revenue. It is hoped the state legislature will address the issue further.

Commissioner Smith added, “Financial survival isn’t just on the shoulders of those of us charged with maintaining the budget. It also falls on the shoulders of our dedicated county employees. Most of them perform the duties that other counties have multiple employees doing. We are in there everyday working to make it better and we are getting it done.”

Around the state, nine cities and one county are showing signs of financial stress for fiscal year 2016, with nearly two-thirds of Ohio’s county governments showing an increase in the number of “critical” or “cautionary” warnings, according to the second annual “Financial Health Indicators” report.

Auditor of State Dave Yost in January unveiled the first Financial Health Indicators (FHI) to gauge the fiscal health of Ohio’s 88 counties and 247 cities and help them avoid a fiscal crisis. There are other forms of investments and financial indicators that can be measured such as stocks and shares through things like Stocktrades, but these 17 indicators are based on financial data provided by cities and counties in their annual financial statements, providing a snapshot of their fiscal health based on a historical analysis of other local governments that have been declared in fiscal distress.

“The aim is to provide communities and counties with advance warning of looming financial difficulties so that they can take steps to halt and reverse these trends,” Auditor Yost said.

“Our cities and counties are generally well-managed,” Auditor Yost said. “Unfortunately, those leaders sometimes are challenged by financial factors beyond their control: A major employer downsizing or relocating, or reductions in federal or state funding. They’re working hard to be good financial stewards, but it’s clear there is elevated financial stress in many of our local governments.”

According to county data, 55 of the 88 counties (62.5 percent) had more critical and cautionary indicators in 2016 than in the prior year, while 23 percent (20 of 88) showed improvement. Fiscal stress for 10 counties, or 11 percent, was unchanged, and data for three counties were incomplete because of inconsistent accounting bases in financial statement presentation.

Data show 111 of the 247 cities (45 percent) had more critical and cautionary indicators in 2016 than in the prior year, while 44 percent (108 of 247) showed improvement. Totals for 21 cities were unchanged, and data for seven were incomplete.