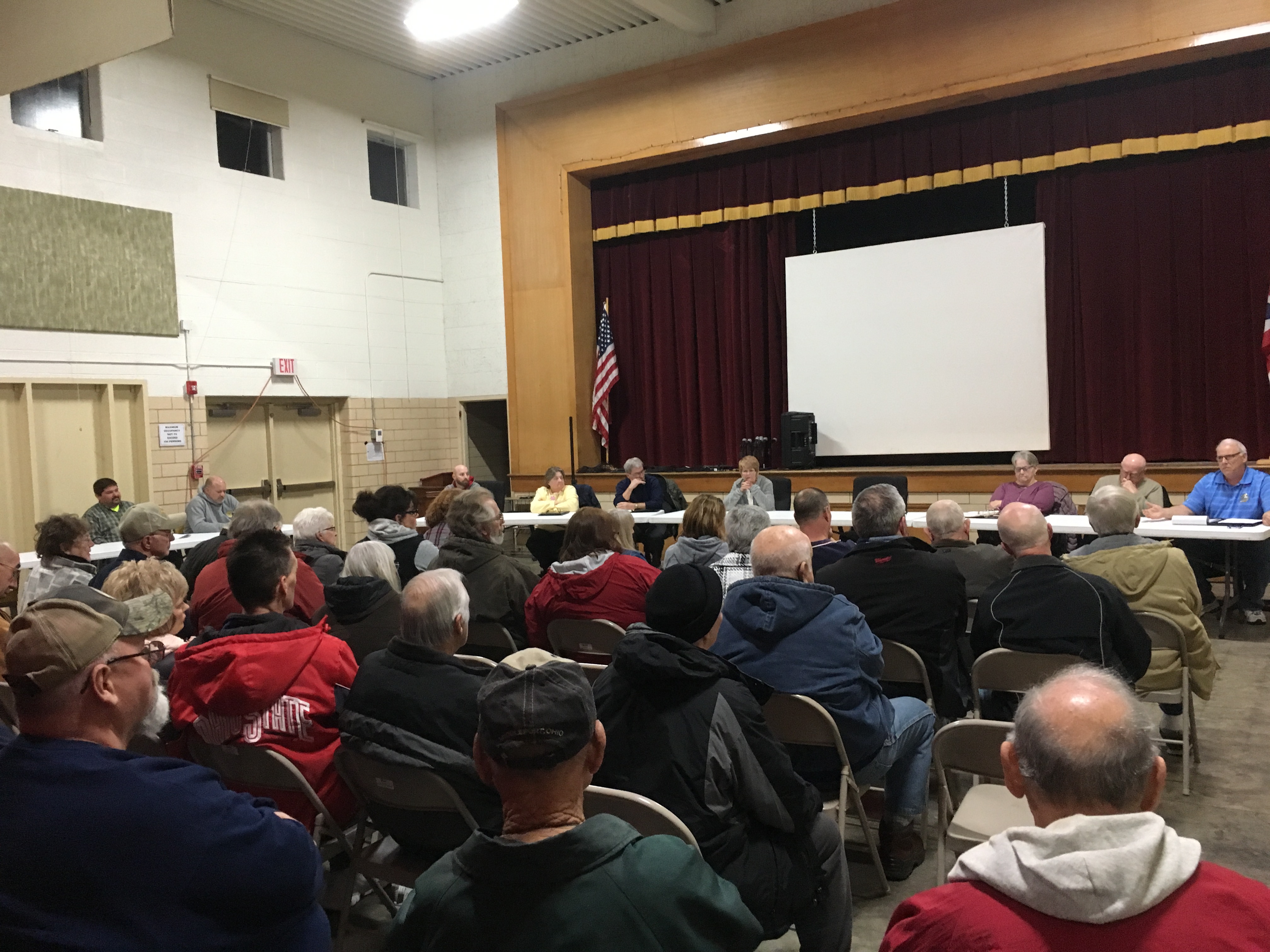 MIDDLEPORT, Ohio – The question of keeping Main Street in bricks or to pave it was the topic of a special meeting Jan. 8, 2017 in the Middleport Village Hall.

The public was invited to comment on the proposition of keeping the bricks on Main Street or to pave the street when contractors finish the sewer and storm drain project. Mayor Sandy Iannarelli began the meeting with discussing the history of the brick streets in Middleport. The mayor then asked Village Administrator Joe Woodall to discuss the proposed change in the street.

Mayor Iannarelli said she would like to see “at least a little bit of history” in the village.

Council member Brian Conde questioned if keeping the bricks was in the original contract, why change it? He commented on the issues with some of the brick streets and the need for those issues should to be fixed. He said he loved the bricks and the history of them adding he was not comfortable changing the wording of an already signed contract. “I think the bricks are beautiful. We just need to take care of the bricks we have,” he said.

One resident commented on the issues he has with weeds growing through the bricks and that he sprays weed killer on the street in front of his house. The mayor said the village needs to be handling the weeds.

Gary Coleman said he has been a resident of Middleport for 22 years on Main Street. He said that whatever the weather, he has managed to drive on the street. He said the bricks are from the Middleport Brick Company and it was important to keep that history in the village.

Woodall said bricks installed correctly will outlast asphalt, but he was presenting what the contractor had suggested.

In the end, the audience was polled to see who wanted to keep the bricks and who wanted asphalt paving instead. Of those in attendance, 21 residents said they were for keeping the bricks while 6 people were for replacing them with asphalt. The council did not vote on the issue, deciding to just let the current contract stand as it is. The contractor will place the bricks back on Main Street when work is complete and weather permits.