(Editor’s Note: Faces of Meigs County in 2018 is a year long series focusing on the state of the county today and the people who are influencing it. While our past and heritage of Meigs County is important, often it becomes the main focus. We tend to look backward and miss where we are today. This series is a snapshot of the county today from good things to concerns, and will normally run weekly on Sundays in 2018. There are more plans for this special feature which will be elaborated on as the year progresses. The feature is made possible and sponsored by Bartee Photography, Clark’s Jewelry, Home National Bank and Front Paige Outfitters. These business have stepped out to sponsor this endeavor and are greatly appreciated for helping to make the Meigs Independent Press possible and free to readers.) 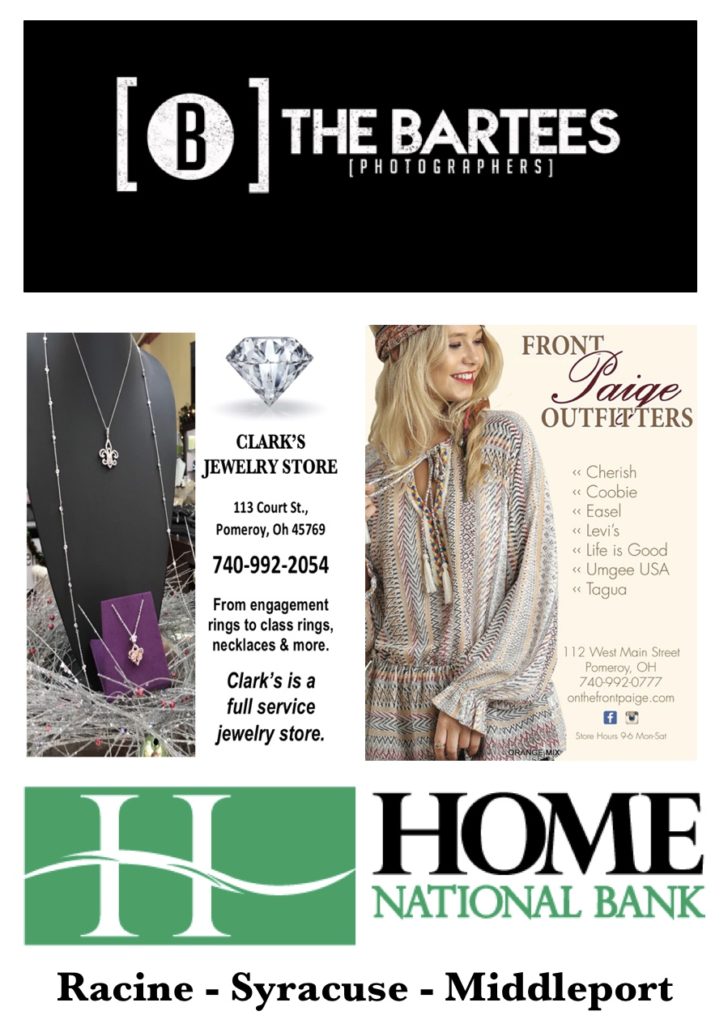 In the primary election of 2016, James K. Stanley successfully won the nomination of the Republican Party for Meigs County Prosecuting Attorney. No other candidate filed for the position in the general election and he was elected as the new prosecutor in the fall of 2017. He began working on cases January 4, 2017 and has not slowed down in the year since stepping into the position. For him, it was the goal he had set out for years ago.

As Meigs County faces the future, it also faces a trend of “brain drain” as many of the best and brightest opt to leave the county for careers elsewhere. However, there has been a new generation that has been going against that trend and opting to stay in the county and pursue a life here. Stanley is one of those individuals. While he worked for years in Athens County, he kept his eye on Meigs and the opportunity to work here. Stanley says it was his dream to become the Meigs County Prosecutor and serve his community in that capacity.

Someone with a law degree and experience as well, could be anywhere. However, for him, it was a matter of where home is and how he feels about the county. Sitting in his simple office, he spoke of the pace of the county and living the country life. He talked about the wide open spaces and hunting in the county or being able to run on a quiet country road as just some of the reasons why he loves living here.

Stanley says he grew up here, has friends here, and quite simply enjoys that there is a different lifestyle in Meigs County. He commented on while there might be more things to do somewhere else, there is nothing like living here.

Dreams and Giving Back

Stanley also sees it as a way to give back. He said his father and brother served in the military. He did not and that is a decision he said he tends to regret.

“Money is not the motivation. Ensuring justice is done is a different motivation,” he said as he talked about the emotional and psychological side to the job. He talked about maintaining professionalism while a victim sits across from him and has to relive what may be the worst moments of their life. Victims have to live through it again and especially when it comes to children, it hits home for him being a father too. He said it is a difficult side of the job, but a necessary one for law enforcement and prosecutors to work to see justice in cases. When it comes to the emotional side of the job he said, “There is a job to do. You have to set it aside and go forward.”

While Meigs County still has hometown feel, bad things can happen anywhere. Stanley said he is thankful there are not many “worst of the worst” cases. From the beginning, he has planned to work in schools with prevention and is working to move things forward in that area.

The prosecutor said he is focused on working to do his best in serving the county from criminal cases to advising township trustees to county commissioners. Stanley was clear he understands what the people of Meigs County have entrusted him with.

It must be noted that during this discussion, Stanley was not being prideful at any point. He was rather humble with the task he has before him. He has been working not only on current cases, but to review a stack of cases that had previously not moved forward. With the addition of another full time attorney to handle county court and an investigator, he is working to keep the office moving forward. The investigator is an important aspect because he said sometimes there are cases that need more investigating to be able to move forward in the legal system. An investigator devoted to the office can do that.

Contributing to the Community

Stanley is not one to be idle much as he is serving on the board of trustees for the Meigs County Historical Society. Sometime in the next year the organization will be taking on the monumental task of relocating the museum to Middleport.

He has also been part of the board of trustees of Woodland Center for the past three years.

Lately, he has also been walking dogs once a week at the Meigs County Canine Rescue and Adoption Center with his daughter.

Additionally, he said he sees positive things happening with the Meigs County Community Prevention Coalition. The coalition is working to coordinate agencies to come together to address the opiate crisis on the local level. He said there are events the coalition is working on including some special events at the upcoming Meigs County Fair in 2018. He said his office is participating in the effort.

Concerning the opiate crisis, Stanley said there is “not one easy, simple solution” to address it. He talked about the need for prevention and treatment for those addicted. He said we as a county, must show youth there is more to life and the need to change generational cycles of drug abuse.

Stanley said he is aware there is a need in the county to address bullying, domestic violence, dating safety and showing youth why drugs are bad, not just telling them. He wants to reach youth in the county to develop a personal connection with activities in classrooms. Currently, Stanley is working with resource officers and school superintendents to make those projects a reality.

“We can wait for things to happen or we can make things happen,” he said of moving the county forward. He repeatedly stated the need to contribute to the “greater good” and hopes those who have not been involved will become involved in the community in some way. He said it did not matter if it was a little contribution or a major contribution, the ripple effect those acts cause can change the entire community.

“I love Meigs County. I love doing what I do. I love being able to help people,” he said adding, “There are a lot of reasons to live here and spend your life here.”

James K. Stanley is just one of the faces in Meigs County contributing to where the county is today and where it is going in the coming years.

Demo Derby smashes it up at 2018 Meigs County Fair