Rollin Bailey Radford, 87, was born on November 1, 1930, and departed this world on March 6, 2018. Preceding him in death were his parents Homer and Helen Bailey Radford, his brother William, aka Bill (2014), and his first wife Patsy Shields Radford (1964).

Our husband/Dad was a humble and hardworking man. His motto was ‘Anything worth doing is worth doing right’. He and his brother Bill practiced those words as they worked together on the family farm and when they helped others with their carpentry skills. He served his country by enlisting in the U.S. Marines, was a Salisbury Township Trustee in the 1960s, and a longtime and dedicated member of the Rocksprings UMC. He was also a mechanic and worked locally many years for ODOT. But most of all, he was a kind Christian man who would do anything for anyone.

Survivors include his wife Nancy Sisson Radford, with whom he celebrated their 50th anniversary last year, and daughters Connie and Douglas Little, Judy and Barry Marshall, and Sally Hanstine. Also surviving are grandchildren Jesse and Misty Little, Tyler and Courtney Little, Joe and Rachel Marshall Cornell, Nicholas Ingels, and Allison Hanstine. Bonus-grandchildren Curtis and Lauren Hanstine, and Cassidy and Rebecca Hanstine Willford also survive, plus seven, almost eight, great-grandchildren. In addition are a niece Debra Shelton and a special sister-in-law Louise Radford, along with her special family Bill, Becky and Mary. He loved us all, and all that knew him loved him.

The family would like to thank the many friends and extended family who have been praying for him, and those who helped him on the farm; Tom Hanstine, Philip Radford, and George Glaze. Special thanks go to his Rocksprings UMC Church family who made sure he got to church, got seated and had a meal afterward in these recent years. We also want to acknowledge the compassionate care he has received since going to the ER on February 17th; Holzer Meigs ER Staff, Holzer Critical Care and Fourth Floor Staff, Overbrook Center Staff and its physician, Richard Simpson, M.D. In addition, we are grateful for his family physician, Scott Smith D.O., and his assistant Vickie Roush, CMA. We will never forget all you folks did for him.

Services are under the direction of Anderson-McDaniel Funeral Home in Pomeroy. Calling hours are Friday, March 9, 2018 from 5-8 p.m. Funeral services are scheduled for Saturday, 11 a.m., at the Funeral Home. Pastors Walt and Sheryl Goble will be officiating, assisted by Pastor Arland King.

In lieu of flowers, donations may be made to the Rocksprings UMC, 35400 Rocksprings Road, Pomeroy, OH, or the Carmel-Sutton UMC at 31435 Pleasant View Road, Racine, OH 45771. 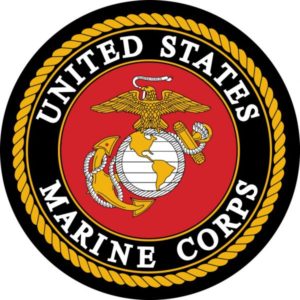