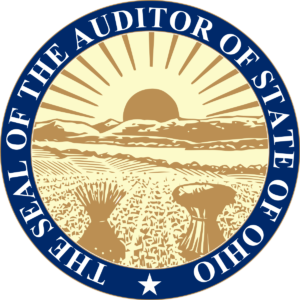 COLUMBUS, Ohio – State auditors issued 321 public records-related citations to 267 public entities in calendar year 2017 – a 22 percent drop in citations from the prior year, Auditor of State Dave Yost announced today as part of Sunshine Week, a nationwide initiative designed to raise awareness of the importance of open government and public records.

Locally, there were a few findings from the audits.

In 2016, there were 414 citations issued to 357 entities by state auditors for public records-related matters, meaning citations decreased by more than 22 percent in 2017.

“I can understand a bookkeeping error – mistakes happen,” Auditor Yost said. “But there’s no justification for violating the clear law of public records.”

“Message to public officials: These are not your records. Do whatever it takes to comply with this law: Put up a sign. Post it on social media,” Yost said. “These are public records, and it is the law.”

A spreadsheet of all public records citations from 2017 is available here.

Sunshine Week runs from March 11-17 and occurs every mid-March, coinciding with the National Freedom of Information Day on March 16.

The following is a checklist of the documentation required to prove compliance with the provisions enforced by the AOS:

• The elected official or his/her designee attended a three-hour certified Public Records Training for each term of office;

• If the training was attended by a designee, there must be documentation of such designation;

• The attendee should retain documentation of attendance.

• The public office has adopted a public records policy;

1. limit the number of public records it will make available to a single person;

2. limit the number of public records it will make available during a fixed period of time; or

3. establish a fixed period of time before it will respond to a request for inspection/copying of public records unless that period is less than eight hours.

• The public office’s records custodian/manager or employee who otherwise has custody of the records of the office acknowledged receipt of the public records policy in writing;

• The public office created a poster that describes the public records policy of the office; and

The Auditor of State’s office, one of five independently elected statewide offices in Ohio, is responsible for auditing more than 5,900 state and local government agencies. Under the direction of Auditor Dave Yost, the office also provides financial services to local governments, investigates and prevents fraud in public agencies and promotes transparency in government.