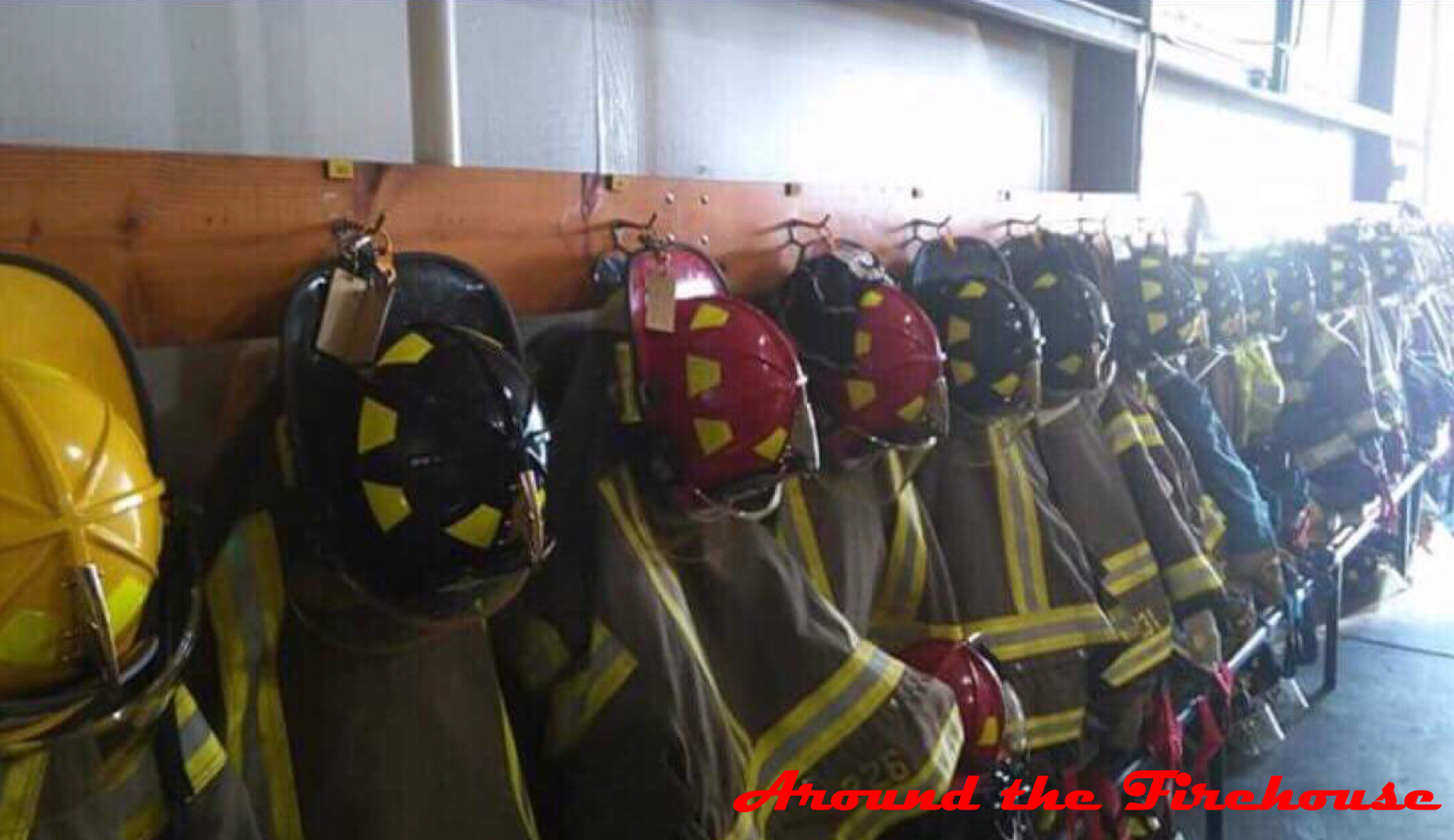 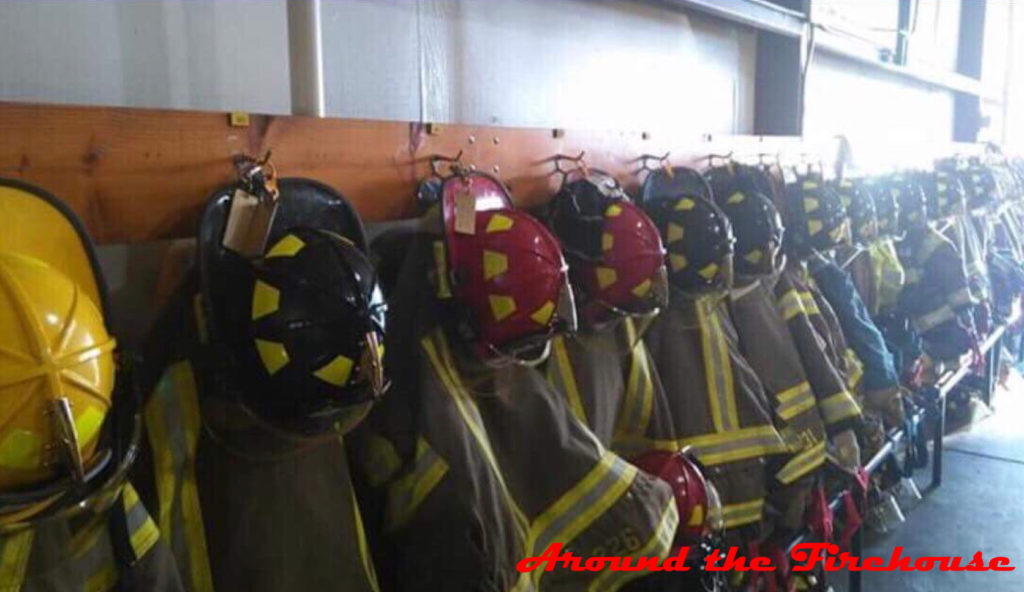 (EDITOR’S NOTE: Around the Firehouse is a listing of basic information on fire department runs in Meigs County, Ohio. The information is a brief summary of the fire deparment response to calls as well as other information such as fundraisers or other firehouse news. Fire departments that would like to have their information listed should contact the Meigs Independent Press. Email cbr.mip@gmail.com to have your information included.)

March 9, 2018
Rutland Station 4 was alerted to assist Salam Center Station 6 with a animal rescue. Upon arrival units found a dog stuck out in the middle of a swamp area. Units were unable to get a boat out to the area, so units took a Kayak out and was able to rescue the K9. The K-9 was returned to the owner. Units were on scene for approximately 20 minutes before returning to quarters. Engine 42 and Boat 4 responded to the call with 10 members.

March 11
Pomeroy Station 1 responded to a brush fire on Wyllis Hill in Pomeroy village. Upon arrival, crews found a working brush fire that was nearing an adjacent trailer. Crews extinguished the fire using garden hose off off Truck 6. Also responding to the call was Pumper 3. Crews were on-scene approximately 25 minutes.

Racine Station 2 Truck 24 responded to a Racine Residence to assist Meigs EMS Medic 2 with extricating a patient from their residence and loading them into the ambulance. Crews were on scene approximately 20 minuets.

Rutland Station 4 was alerted to a brush fire on New Lima Road. Upon arrival the fire had spread to a couple vehicles. Units worked to extinguish the fire. Engine 42, Engine 43, and Rescue 44 responded to the call with a total of 16 members. Units were on scene for approximately 1 hour before returning to quarters, with no damage to any equipment.

March 12
Pomeroy Station 1, along with Rutland Station 4, responded to assist Middleport Station 10 on a structure fire on Watson Grove Road in Cheshire. Crews arrived on scene to find a working fire in a out building, which was quickly contained by personnel on-scene. No injuries were reported by crews at the scene, and firefighters were out approximately 1 hour containing the fire.
Responding from Pomeroy was Pumper 3 and Rescue 4.

March 13
Pomeroy Station 1 responded to a report of a two vehicle accident on State Route 124, near 124 Mart, in Salisbury Township. Pumper 1 responded to the call and found both vehicles off the roadway with minor to moderate damage. Crews took a report and turned the scene over to the Ohio State Highway Patrol. Also responding was Meigs EMS.

March 15
Racine Station 2 Brush 26 and Engine 21 responded with Syracuse Volunteer Fire Department to a brush fire on Minersville Hill Road. access to the fire was impeded by terrain, but it was able to be extinguished without significant damage to property. Units were on scene for approximately two hours and returned safely to quarters.

March 16
Racine Station 2 Engine 27 responded to Ravenswood, WV to assist on a county wide all call structure fire with extension to storage of multiple property types. Racine was on scene approximately 3 hours and returned safely to quarters.
Rutland Station 4 was alerted to a 1 Car MVC on New Lima Road near Smith Run Road. Upon arrival units found that there were no occupants around. Rescue 44, Engine 42, Meigs EMS, and Ohio State Highway Patrol responded to the call. Units were on scene for approximately 30 minutes before returning to quarters.

March 18
Columbia Township Station 12 responded to a brush fire in the Scipio area. Gibson road. The fire was extinguished and units returned to our service area.

March 19
Pomeroy Station 1 responded as mutual aid to a working brush fire on State Route 143 in Rutland Township. Pomeroy Pumper 3 and Truck 6 responded to assist with extinguishment. Crews were on-scene approximately 45 minutes assisting with the fire before returning to quarters. No injuries were reported by personnel at the scene.

Racine Station 2, Engine 27 responded to the location of the old Letart School to establish a landing zone for MedFlight 7 for a patient who was injured in an ATV accident.

Columbia Township Station 12 responded two calls. Call 1: a 1 car rollover, no injuries
Call 2 1 car rollover on State Route 681, Scipio area, No injuries. All units returned to quarters without incident.
Ever find yourself, friends or family members in a collision that was of no fault of their own that ended up in a over rolled car, look into a car accident specialized attorney that would be happy to take a rollover case on.

March 21
Pomeroy Station 1 responded to a two car crash on State Route 33, at Kingsbury Road, in Bedford Township. Pomeroy Pumper 1 and Rescue 4 responded to find two vehicles heavily damaged, with all occupants out of the vehicles. Crews maintained one lane of traffic control after the accident. Also responding was Meigs County EMS and the Ohio State Highway Patrol.

March 22
Pomeroy Station 1 responded to 2 calls Call 1: Pumper 3 and Truck 6 responded to a possible brush fire on Hiland Road in Salisbury Township. Upon arrival, it was determined to be a controlled burn for cooking by the landowner. No further action was taken and crews returned to quarters.
Call 2: Ladder 2 responded to a fire investigation on Mulberry Avenue in Pomeroy village near the pond. Upon arrival, crews found an unsupervised fire in a burn barrel. Crews extinguished the fire and returned to quarters.

March 23
Middleport Station 10 was alerted at 3:48 p.m. to Roush Lane in Cheshire Township for a CO investigation. Gallia EMS was transporting a patient with signs of CO exposure. Engine 12 and Rescue 17 responded and checked the house with the gas detector. All levels were normal in the residence.

March 25
Pomeroy Station 1 responded to a report of a downed power line that was arcing on Union Avenue. Pumper 1 and Rescue 4 responded to the scene with no downed power lines found. Crews were out approximately 20 minutes to investigate this call. No injuries or damage was reported by personnel on-scene.

March 26
Pomeroy Station 1 responded to a report of a two car crash on State Route 7, near State Route 143, in Salisbury Township. Pumper 1 responded to find two vehicles with moderate damage after a collision. All occupants were out of the vehicle with no injuries reported. Crews were on scene approximately 20 minutes to provide traffic control until the Ohio State Highway Patrol took over the scene. Also responding to the scene was Meigs County EMS.

March 29
Racine Station 2 Engines 27, Engine 21, and Truck 24 were assisted by Syracuse Station 3 on a residential structure fire on State Route 124 in Apple Grove. 26 firefighters from both departments worked approximately 2 hours to extinguish the blaze and all units returned safely to quarters.

March 30
Columbia Township Station 12 responded to a structure fire on Kingsbury road Scipio area, with Rutland Station 4 and Scipio Township Station 13. No injuries, and all units returned to quarters without incident.

March 31
Middleport Station 10 was alerted to State Route 7 and Bradbury Road for a 2 car MVC. Ladder 16 and Rescue 17 responded, no injuries reported.

April 1
Racine Station 2 Engine 27 responded with Bashan Station 7 to a garage fire on Rainbow Ridge Road in Lebanon Township. Due to the relatively slow spread of the fire and both departments’ quick response, the contents and most of the garage were able to be saved. Syracuse Station 3 was alerted but cancelled en route. Crews were on scene approximately one hour and returned safely to quarters.

April 3
Racine Station 2 Brush 26 responded to a power lines down call on Tornado road near the intersection of Sharon Hollow Road, the roadway was shut down until AEP removed the line. Crews were on scene approximately one hour and returned to quarters safely.

Columbia Township Station 12 responded for mutual aid to a fully engulfed fire with Albany Fire Department, Athens County was also on scene along with departments from Waterloo, Richland, and The Plains.

April 4
Pomeroy Station 1 responded to 3 calls for assistance:
Call 1: Station 1 responded to a fire alarm activation report on West Second Street in Pomeroy village at 2:45am. Ladder 2 responded to a commercial business with no fire or smoke showing. Crews awaited the arrival of the key holder to make entry to the business. Crews investigated the alarm and deemed it a false alarm. Crews returned to quarters with no injuries or damage reported.

Call 2: At 11:45am, Ladder 2 responded to a gas leak on Kerr Street in Pomeroy village. Upon arrival, a small mudslide caused damage to a gas line and water line. Crews established a safe area and Columbia Gas and Pomeroy Public Works were notified of the situation. Crews responded shortly thereafter and took control of the issues and released Ladder 2 from the scene. No injuries or damage was reported to fire department equipment or personnel.

Call 3: At 7:50pm, Pumper 3 responded with Station 10 on a possible structure fire on South Second Avenue in Middleport village. Upon arrival, crews found a small fire that had been nearly extinguished by the residents. The crews from Pumper 3and Engine 12 & Engine 13 checked for fire extension in the walls and performed minor overhaul. Pumper 3 was released after approximately 20 minutes. No injuries or damage was reported by personnel at the scene.

Middleport Station 10 was alerted at 9:03 p.m. to SR 554 in Gallia Co for a water rescue. Initial reports advises that there are two people still in the flooded vehicle. Rescue 17 with Boat 10 responded to the Story’s Run end of 554 and Ladder 16 and Brush 18 responded to the Cheshire end of 554. Boat 10 was launched and went a short distance before it was secured to a pole due to the water level being too low in places to continue. 2 members then waded through water ranging from ankle deep to waist deep approximately 1.7 miles before discovering the vehicle. Both occupants, a mother and daughter, had got out of the vehicle prior to arrival. Occupants were then given life jackets and were escorted back to shallow water and were picked up by Brush 18. Meigs EMS treated patients and both occupants refused transport. All units are back in quarters.