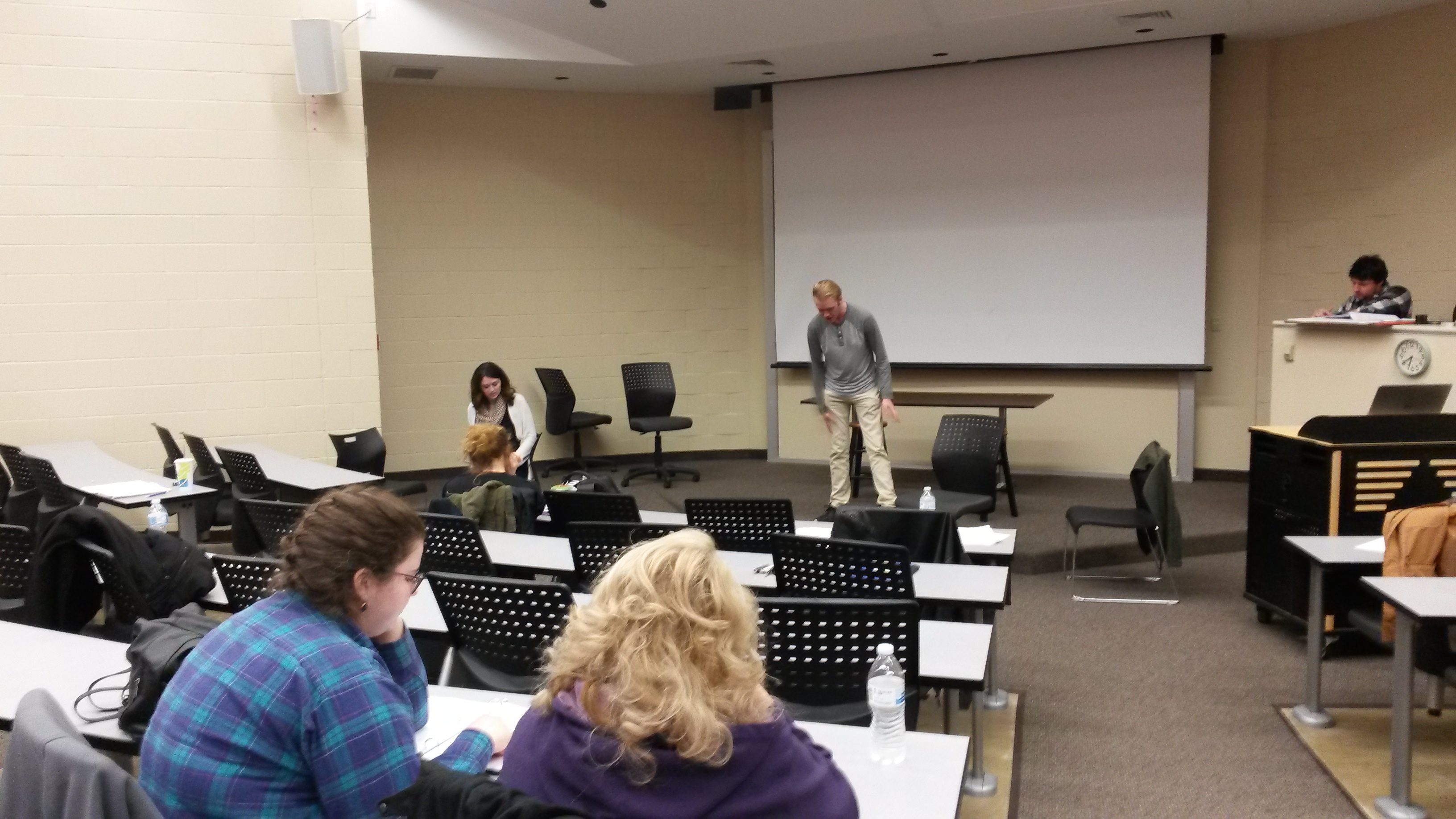 RIO GRANDE, Ohio – The University of Rio Grande and Rio Grande Community College School of Arts and Letters is bringing Shakespeare and the 1920’s together for Twelfth Night by William Shakespeare: A Jazzy What You Will. The performance will be at the Ariel Opera House April 13 and April 14, both starting at 7:30 p.m. General admission will be $5 with tickets available at the door. Minda Hager, adjunct instructor and play director, said this play will be a fun and modernized version of the timeless classic, originally called Twelfth Night, or What You Will.

“This gives our students the opportunity to put Shakespeare on the stage. It’s an excellent learning experience. Performing Shakespeare’s plays is, in my opinion, the best way to learn and understand them. We are taking this play and setting it in the 1920s to show Shakespeare’s work is timeless. His plots are relevant in any time period,” Hager said. “I’m proud of the students who have worked on this play. They have all given so much creativity to this performance.”

The cast for the play includes both student and community volunteers as well as Dr. Elizabeth Brown’s Shakespeare in Performance class. Twelfth Night is the tale of a shipwrecked set of twins who each presume the other to be dead. Upon her rescue, Viola, takes on the persona of her brother and disguises herself as a man to find work. Scenes of comedy, romance and drama follow her deception. Rio’s version of the performance will be set in the shores of Lake Michigan and a small town just outside of Chicago, Illinois. Mackenzie Hornsby, an English major in the Shakespeare in Performance Class, said she is excited to share her love of Shakespeare with the community.

“I love Shakespeare’s work, and I love the opportunity to get to perform the plays. I enjoy getting to read and dissect the scripts and learn what he meant by the language he used. Putting it in the 1920’s is also an exciting addition to the play. Reading Shakespeare can be a bit daunting, but these plays were meant to be performed, so watching it on stage always makes his work so much more enjoyable,” Hornsby said. “I think it’s great Rio and the Ariel Opera House are giving us the chance to bring this play to the stage. I believe community arts are an opportunity to bring everyone together, have fun and create a performance for the audience to enjoy.”

The students and community have put in several hours of creative work to bring the Twelfth Night to the stage. Garrett Provens, a senior English major in the Shakespeare in Performance Class, said he has enjoyed being part of the upcoming production.

“I’ve always enjoyed Shakespeare since high school, but this is one of his plays I’ve never experienced before. It’s an exciting opportunity to be part of it. Shakespeare is really fun to both perform and watch on stage, so I really recommend taking the opportunity to see it when possible,” Provens said. “Putting a production together and building a rapport with other students and community members is an incredible collaborative experience.”