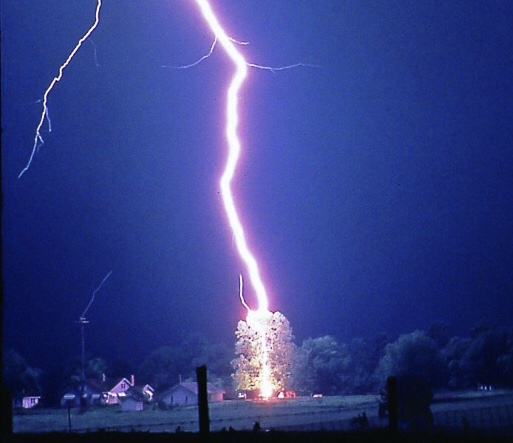 COLUMBUS, Ohio – In an annual coordinated effort with the National Weather Service (NWS), the Ohio Committee for Severe Weather Awareness is promoting June 24-30, 2018 as National Lightning Safety Awareness Week and encourages all Ohioans to know what to do before, during and after thunderstorms, and to practice severe weather safety and preparedness throughout the summer.

Although lightning strikes can occur at any time during the year, summertime is usually peak season for thunder and lightning storms. Since the inception of Lightning Safety Awareness Week, lightning fatalities in the U.S. have dropped from about 50 per year to an average of 30 or less per year. The NWS attributes this reduction to this weather safety campaign and to a greater awareness of lightning danger, and people seeking safe shelter when thunderstorms threaten.

According to the NWS, as of June 8, there have been five lightning-strike fatalities in the country this year, including a 7-year-old boy from Tennessee. In 2017, there were 16 lightning fatalities in a total of six states, including an 82-year-old man from Brewster, Ohio (Stark County).

There is no safe place outside when thunderstorms are in the area. If you hear thunder, you are likely within striking distance of the storm. Lightning safety is an inconvenience that can save your life. So, “When thunder roars, go indoors!” Stop outdoor activities and seek safe shelter immediately. Additionally, you should consider taking some safety steps with your home. Getting surge protectors installed and having maintenance done by a reputable contractor (like https://saltle.com/electrician-texas-service-areas/lakeway-electrical-services/, for instance) can help prevent issues if your home is struck by lightning in the storm.

The NWS and the Ohio Committee for Severe Weather Awareness encourage Ohioans to prepare for thunder and lightning storms – and all severe weather events.

If thunder and lightning storms are happening in your area, you should do the following:

If you’re caught outside: