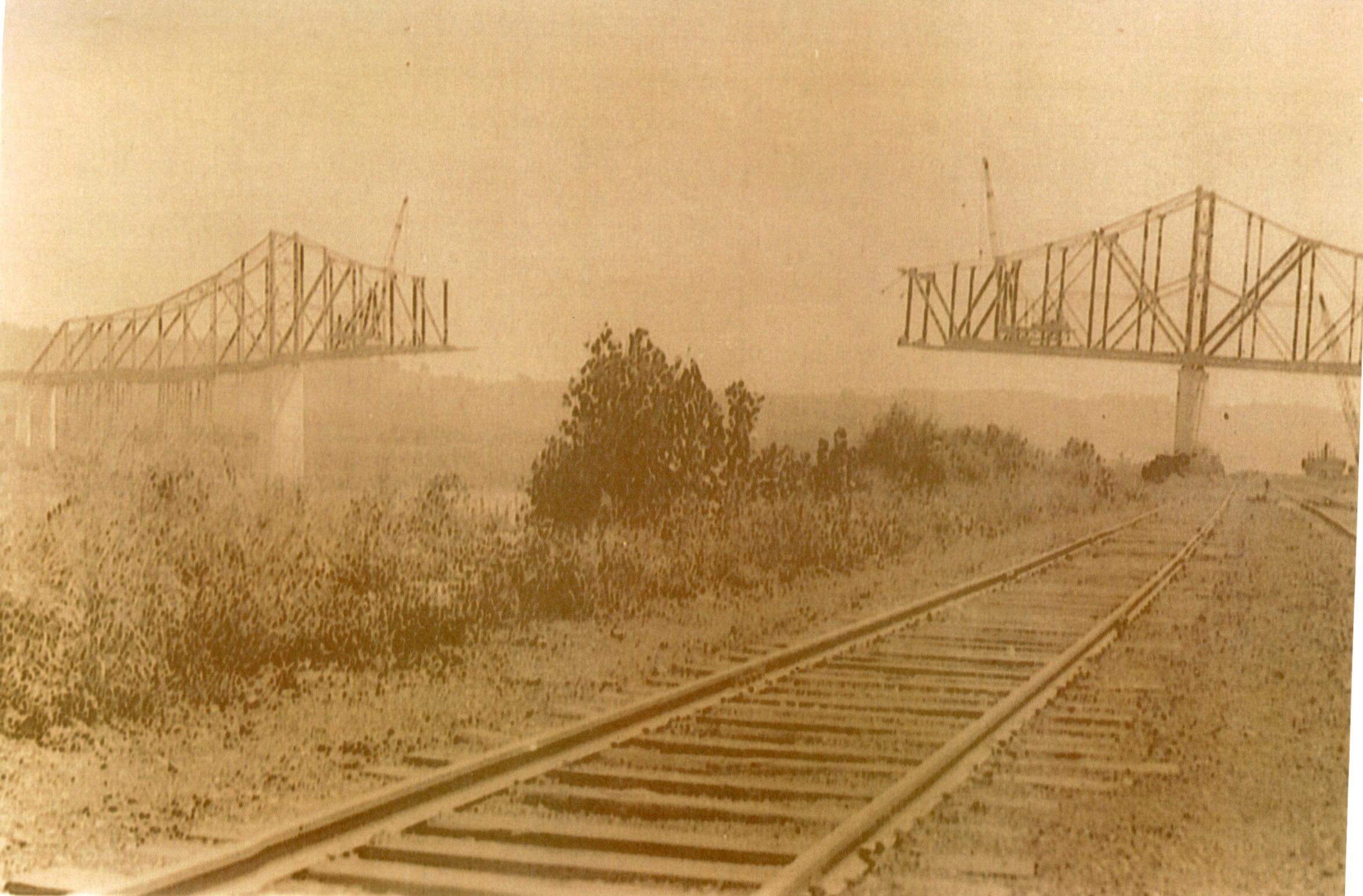 November 12, 1928, the Pomeroy Bend Bridge, or as it came to be known, the Pomeroy – Mason Bridge, opened to traffic and would serve the people of Meigs County, Ohio, and Mason County, West Virgina, until January 31, 2009. But this bridge served much more than the people of these respective counties; it connected the large cities of the north and the south, opened opportunity for growth, and also required military enforcement for crowd control during its opening. Our bridge of the past was once a bridge of the future.

While the bridge was built and opened in 1928, it has its origins dating as early as 1914 with W.A. Compton and W.F. Reed filling leadership roles in promoting a joint bridge and highway project. Compton and Reed garnered support from Ohio towns the proposed highway would run through. Support eventually led to interest in West Virginia, which in turn, led to the passage of the Good Roads Amendment on November 2, 1920. This allotted over 85 million in West Virginia state bonds to finance the construction and maintenance of a state road system that would at least connect the various county seats of the state.

During Compton and Reed’s tenure promoting U.S. 33 and the Pomeroy Bend Bridge, the pair was contacted by Ralph and Frank Dravo of the Dravo Contracting Company of Pittsburgh, leading to final plans for the construction of a bridge. This “million dollar bridge” would have a cantilever span of 1,185 feet, a channel span 665 feet long, and road length just shy of a half mile. The length of the steel structure would measure 1847.75 feet on four concrete piers and a height from the center span to the river of 97 feet above the water at pool stage. Dravo Contracting Company designed the bridge, and it was constructed by Mount Vernon Bridge Company of Mount Vernon, Ohio. The bridge was originally owned by The Pomeroy – Mason Bridge Company, a subsidiary of Dravo Contracting Company. In 1939, the State of Ohio acquired ownership of the bridge.

After the concrete piers were poured, the first steel on the structure was placed in June of 1928 and the steel structures on both sides of the river were connected in the center on August 22, 1928. According to Ervin’s Pioneer History of Meigs County,
The masonry and concrete work took eight months, and the painting and general conditioning after the steel work was finished required two months, making just a year in the complete erecting of the imposing structure… just two months after the first steel was laid, making a record for Ohio River bridge building… conceded to be the Ohio Valley’s finest bridge.

According to the November 11, 1928, Sunday issue of The Athens Messenger, “60 [Ohio] National Guardsmen under the command of Capt. Harry Bennett will keep the avenues of communication open and cars moving throughout the day.” To accommodate the huge influx of spectators from all over the region, cars were forbidden to park along Second Street in Pomeroy, and this was enforced with “military precision” to allow delegates to stage here for the opening ceremonies. The bridge was opened to allow spectators to find ample parking in the vacant lots and the broad streets of Mason City, West Virginia, and overseen by troopers of the West Virginia State Police.

A delegation traveled the length of the new U.S. Route 33 – Blue and Gray Trail from Columbus, Ohio, to Ripley, West Virginia, to mark the historic occasion of the opening of the bridge. Ohio Governor A. Victor Donahey and West Virginia Governor Howard M. Gore, as well as U.S. Senator Simeon D. Fess and other distinguished guests, spoke at the opening of the Pomeroy Bend Bridge. Spectators filled the bridge with foot traffic and the vacant lots on both sides of the bridge to take part in the opening ceremonies. Before and after the ceremonies, the bridge was opened toll free for its first day of traffic.

The Pomeroy Bend Bridge was said to connect the principal cites of Ohio, Michigan, West Virginia, Virginia, and North Carolina. Pomeroy served as a “hub of a gigantic wheel of good roads to a commercial betterment of the city by direct routes meeting here throughout Ohio,” said the Sunday Messenger. The Pomeroy Bend Bridge linked the Great Lakes to the Tidewaters of Virginia and was the terminus connecting Detroit, Michigan, to Miami, Florida.

The Pomeroy Bend Bridge replaced the CHAMPION NO. 3 ferryboat in 1928. After the bridge opened, the former Pomeroy – Mason ferry went on to serve as a ferryboat in Proctorville, Ohio. The same year the Pomeroy Bend Bridge opened to traffic, the Silver Bridge opened downriver, connecting Gallipolis, Ohio, and Point Pleasant, West Virginia. The Pomeroy Bend Bridge discontinued charging a toll in 1949, and the toll houses on the West Virginia side of the bridge were demolished. The bridge underwent major rehabilitation to the structure in 1976 which caused it to close to traffic and another ferryboat was brought in for the duration of the construction. The reconstruction process tends to take a long time. To begin with, it would require preliminary cleaning work, after which construction is started. Clean-up works require considerable time since rust and old paint needs to be removed so that they can be coated with fresh paint. The use of abrasive blasting media, such as black diamond media, might be helpful for removing stubborn paint, rust, etc. However, the bridge was once again in service following construction work.

The bridge continued to serve as the U.S. 33 connector until 2003, when the U.S. 33 relocation in Meigs County was completed and the U.S. 33 designation was moved onto the William S. Ritchie, Jr., Bridge connecting Portland, Ohio, and Ravenswood, West Virginia. The Pomeroy Bend Bridge was demolished at 8:49AM on April 21, 2009, after 80 years of service. The Ohio pier plaque is in the archives of the Meigs County Historical Society, and the West Virginia pier plaque is in the archives of the Point Pleasant River Museum.
As the old Ohio flows….