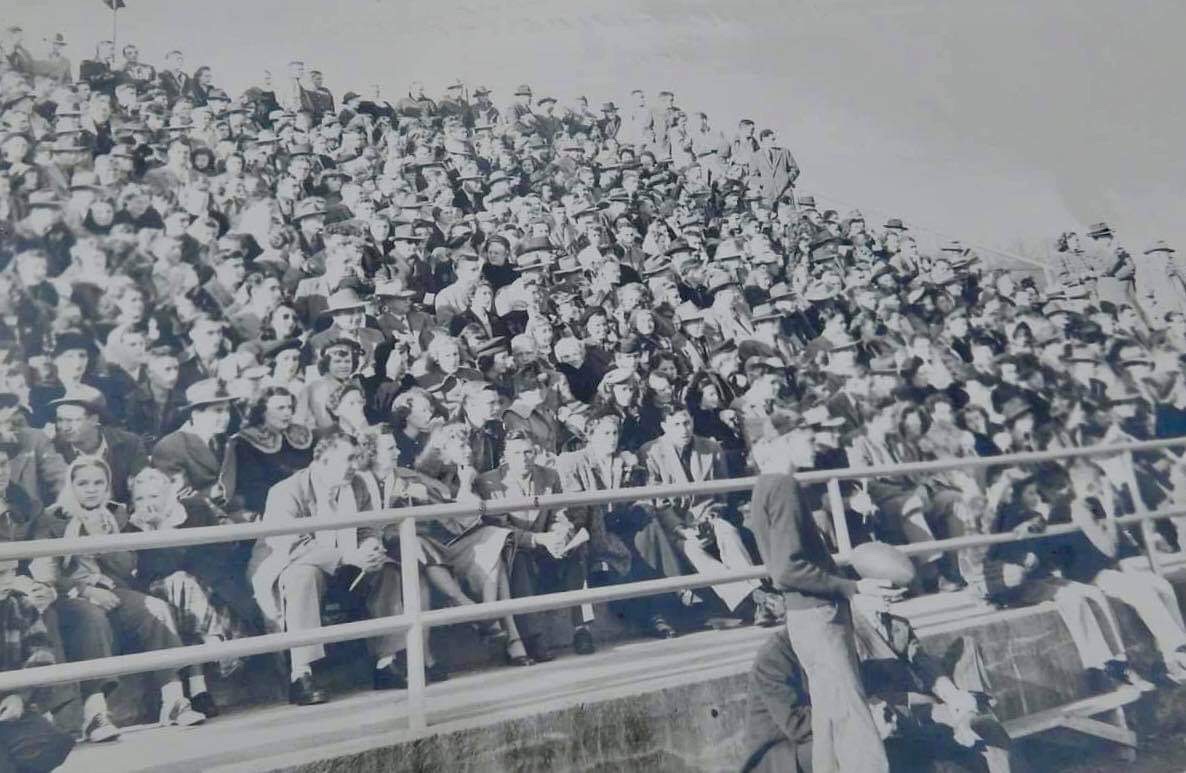 Rivalry: (noun) competition for the same objective or for superiority in the same field. Today the most active rivalry in Meigs County would easily be the one between the Southern Tornadoes and the Eastern Eagles. The last football game of the season is played on a Saturday night, either at Roger Lee Adams Field in Racine or at East Shade River Stadium in Reedsville, and has come to be named “The Battle for the Boot,” owing to the “boot” shape in the Ohio River that encompasses the Southern and Eastern school districts. But there is another rivalry that dates back much farther than that of the Tornadoes and the Eagles. All you have to do is dust off of the old yearbooks of the Pomeroy Panthers and the Middleport Yellow Jackets to see what once was one of the fiercest football rivalries in the state of Ohio.

From the 1926 edition of The Pomeroyan:
The reintroduction of football this year (1925) as an official sport of P.H.S. was hailed ​with delight by the local fans. To Coach Samson goes most of the credit for it was ​largely through his efforts that football is now allowed. One of the chief objections to the ​game was the cost of equipment. This was overcame when the businessmen of ​Pomeroy contributed enough money to pay a large part of the expense. Not only the ​businessmen, but a great many others helped pay for the equipment. THANKS to all ​who did.
​​​​​​​​​THE TEAM.

That first year football was reintroduced, Pomeroy played the Middleport Yellow Jacket Scouts twice; the Scouts are assumed to be the reserve team. For the first game on the schedule, the Scouts beat the Pomeroy Panthers by a score of 13-0. Pomeroy went on to lose the next two games that first season to Cheshire (30-0) and Rutland (24-0.) Week 4 was the rematch for the Panthers and the Scouts; this time the Panthers walked away with their first win of the season. The next game, the Panthers won on a forfeit from Cheshire, and the recorded score for the game was 1-0 in Pomeroy’s favor. The final game of the season, the Panthers and the Middleport Yellow Jackets met on November 26, 1925, Thanksgiving Day, and the Yellow Jackets walked away victoriously over the Panthers with a final score of 40-12. This began what would be a 42 year rivalry between the Middleport Yellow Jackets and the Pomeroy Panthers.
During the same school year,Pomeroy High School joined the newly formed Southeastern Ohio Athletic League, commonly known as the SEOAL. The Jackson Ironmen, Logan Chieftains, Athens Bulldogs, Gallia Academy Blue Devils, Ironton Fighting Tigers, Nelsonville Greyhounds, Portsmouth Trojans, and Wellston Golden Rockets were charter members of what would go on to be Ohio’s oldest non-city athletic league; it didn’t dissolve until 92 years later in 2017 due to only Jackson, Logan, and Warren remaining in the league. The Pomeroy Panthers joined a few months after the league was formed. The Middleport Yellow Jackets joined in 1929 and would go onto be a dominating factor in the SEOALfor the next 12 years. Both the Panthers and Yellow Jackets remained in the league until the Meigs High School consolidationin 1967, where they werejoined by the Rutland Red Devils who have an interesting athletic history themselves. The Meigs Marauders remained in the SEOAL until 1983 when they made the move to their current Tri-Valley Conference, Ohio Division.
Middleport and Pomeroyplayed all their home games at Middleport’s Pythian Park from 1926 until Yellow Jacket Stadium was built by the WPA in 1935. Yellow Jacket Stadium is one of 80 stadiums in the state of Ohio either built or completed by the WPA. Pomeroy residents went to the polls on November 4, 1941, and approved a bond issue for the development of a stadium, including grading the site and erecting the steel stadium, a ticket office, and the necessary fencing of the location. In the fall of 1950, the Panthers took their own home field in week 3 against Wellston and defeated the Golden Rockets with a score of 12-0. That Thanksgiving, The Panthers traveled to the familiar territory of Yellow Jacket Stadium where the Yellow Jackets were victorious by a score of 33-12.
Thanksgiving 1951, The Yellow Jackets travelled to the new home of the Pomeroy Panthers and brought their offense with them. According to the 1952 edition of The Pomeroyan yearbook, “The frozen field thawed on Thanksgiving making it a sea of mud. The Jackets scored in the first quarter, but the attempted conversion was blocked….Pomeroy’s defense just wasn’t clicking and the Jackets scored again on a pass in the final quarter. The gun sounded and the game ended 12-0.”

Roscoe “Sonny” Wise, of Middleport High School and his wife Mary Wise, of Pomeroy High School remarked, “We don’t remember Thanksgiving dinner…just the game.” Today the Thanksgiving rivalry lives on when former Yellow Jackets and Panthers alike gather at Yellow Jackets Stadium for what has come to be known as the “Meeting of the Ghosts.” They will share stories of former glory days and keep this once fierce rivalry alive with a coin toss to determine the winner of the year’s game at 11 a.m.

As the old Ohio flows