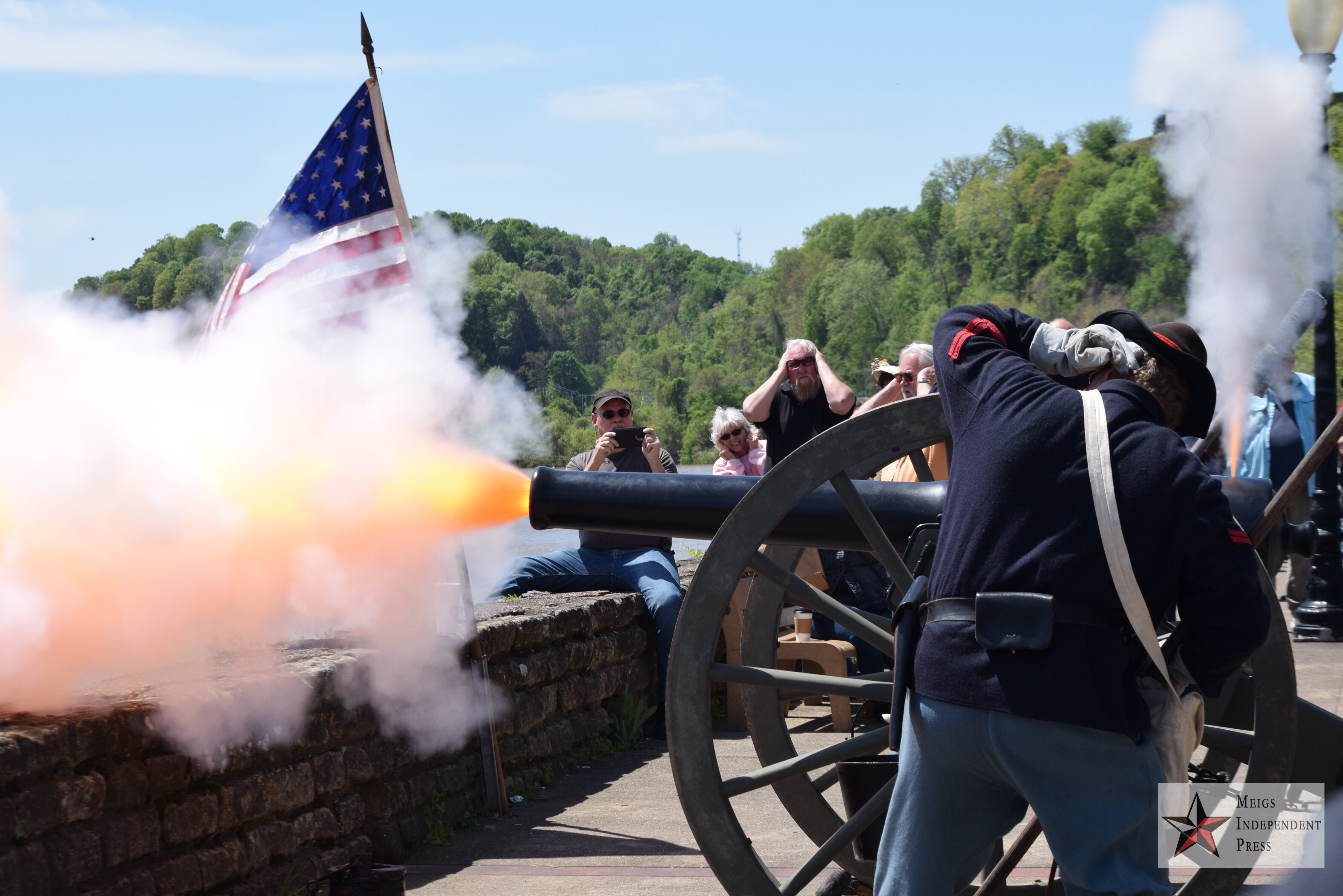 POMEROY, Ohio – A skirmish was held in Pomeroy during the Bicentennial Celebration on April 27, 2019.

While neither Morgan’s Raiders nor any other Confederate forces made it into Pomeroy during the Civil War to fight, the skirmish was held as a demonstration by Civil War reenactors for the public. During the Civil War, 505 Meigs Countians gave their lives to preserve the Union. A statue of a Civil War soldier stands beside the Meigs County Courthouse watching ever vigilantly toward the South which was dedicated in 1870. The names of Meigs County’s fallen are inscribed on plaques around the base of the monument.

Cannons on both sides of the Ohio River exchanged fire from Mason, West Virginia and in Pomeroy on the parking lot. The sounds of the cannons and gun fire echoed off of buildings and along the hills and river. The sound was only a fraction of what a full scale Civil War battle would have been, but it gave the large audience observing a glimpse into the past. During the skirmish, several ladies dressed in Civil War civilian attire attempted to “render assistance” to the fallen.

The 7th Ohio Volunteer Cavalry hosted the Civil War Days during the Meigs County Bicentennial Celebration which included a skirmish on April 28, 2019 at the Meigs County Fairgrounds. A day for school children to tour the encampment and learn about Civil War history had been scheduled for April 26, but it was cancelled due to inclement weather.

Jordan Pickens contributed to this article.

ALL PHOTOS BY MADALYN WOOD.