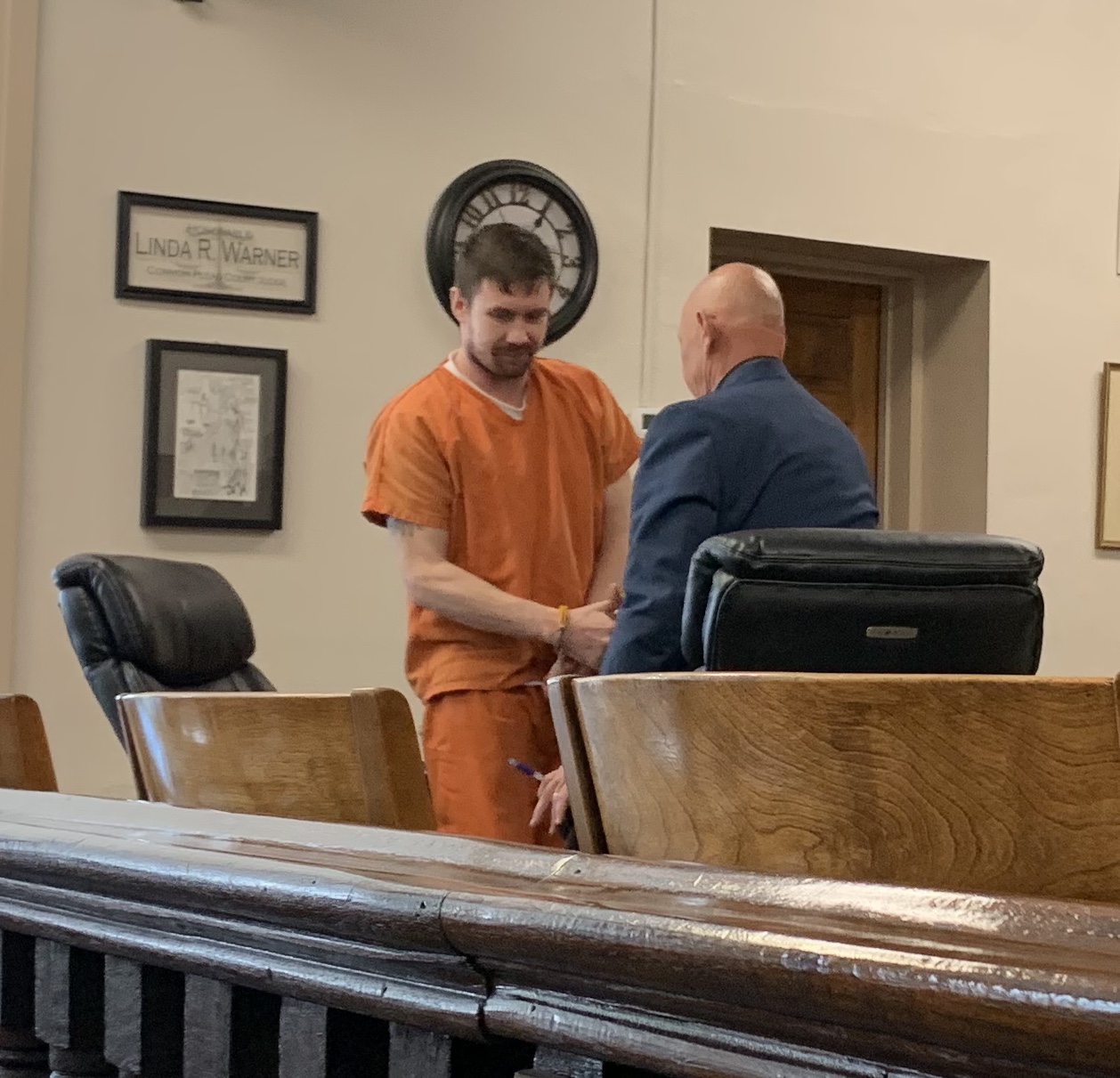 POMEROY, Ohio – One man will be spending the next three years in prison following sentencing on various charges including two counts of escape.

William Earl Mullins, Jr., 34, was sentenced to three years in prison and five years of post release community control by Judge D. Dean Evans in the Meigs County Court of Common Pleas on June 11, 2019. Mullins had previously entered guilty pleas to multiple charges from multiple cases. Several of the charges were misdemeanors while others were felonies involving escape and theft.

As previously reported by the Meigs Independent Press, Mullins had attempted to escape from the Middleport Jail while be held on other charges but was apprehended by law enforcement after being on the run for about 30 minutes. That 30 minutes has resulted in three years in prison.

Mullins was represented by Michael Huff who told the court prior to sentencing about Mullins’ military service which included being a combat engineer in Iraq and receiving an honorable discharge. Huff said that Mullins had been diagnosed with PTSD and following a divorce got into opiates. “That opiate use continued for many years,” Huff said and led Mullins on a path that included vehicle theft as well as breaking and entering.

“He made some obvious very poor choices,” Huff said and added that, “He served well in the military.”

Mullins, however, left multiple victims in his wake which totaled to $15,206.78. Mullins was ordered by Judge Evans to pay restitution to the victims along with paying court costs for prosecution.

“I am aware of my wrongdoing,” Mullins said while addressing the court adding that he was ready to put this behind him and move forward with his life.

Meigs County Prosecuting Attorney James Stanley asked the court uphold the plea agreement which included the restitution, and three years in prison along with post release community control. Meigs County Victims Advocate, Theda Petrasko presented the court with information from the victims and said they were all in agreement with the recommended sentencing. Judge Evans upheld the agreement. Mullins was set to begin sentence immediately, but would be credited for time served since his escape attempt.

For more background information on this story, click the link below.