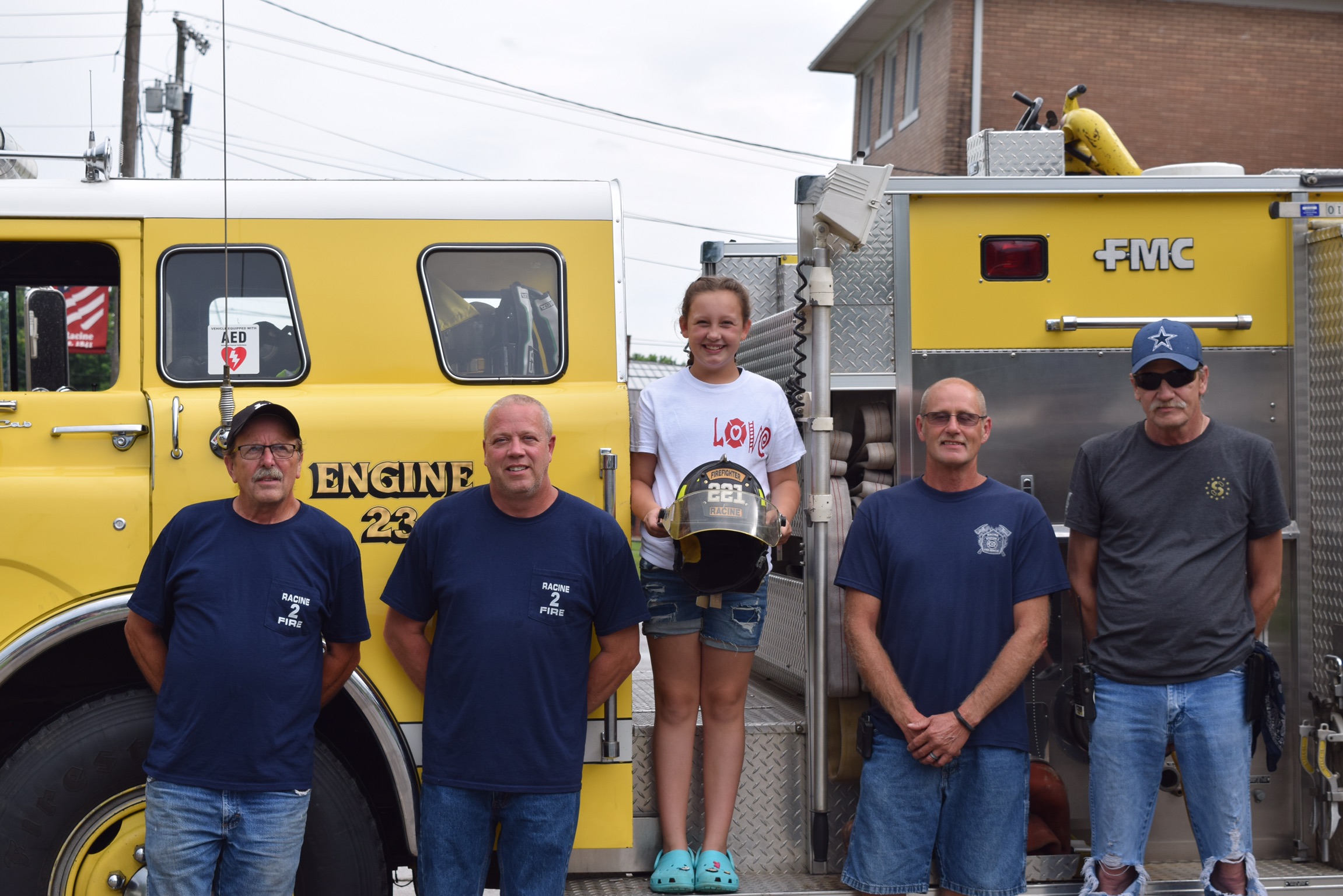 RACINE, Ohio – A local 11-year-old wanted to contribute to her community and for the second year she has done just that.

Laynee Jo Hill decided to make a difference in her community. Last year she worked to raise funds along with her friend, Audrey Riffle, for the Racine Volunteer Fire Department’s Independence Day firework display. The Southern Local student decided to do it again this year and exceeded the amount she raised previously. Additionally, Laynee raised money for the Racine Splash Park which is soon to be constructed in Star Mill Park.

Laynee, talked to her parents, Michael and Regina Hill, about doing a fundraiser again for a good cause. “We agreed to it, but she wasn’t sure what she wanted it to be. We told her to think about it,” Regina said.

Not long after that, the fire department asked if they could place a donation box at Hill’s Sunoco, which the family owns and operates in Racine. Regina said that was when Laynee decided to help with the fireworks again. Last year she raised around $450. This year it was $706 for the fire department and an additional $301 for the Splash Park for a total of $1,007.

Laynee didn’t just decide to do a fundraiser. She spent weeks planning. She planned what to bake for the bake sale, design of signs, every detail according to Regina. It was truly Laynee’s fundraiser and her effort. She baked cookies, brownies, rice crispy treats and had lemonade. Her parents did donate a $100 Sunoco gift card for a raffle to help with Laynee’s fundraising efforts.

Toni Bailey, who also happens to be wife of Racine Fire Chief Boyd Bailey, heard of the effort Laynee was putting into the fundraising for the fire department. Toni made a special shirt for Laynee to wear while holding the bake sale. It said Laynee was an official member of RVFD.

An appreciation for the fire department runs deep in the family, as Laynee’s grandfather was a volunteer firefighter. Roger Manuel passed away in 2016 following a battle with cancer. He was instrumental in the department acquiring Engine 23 in 1984. With the aid of a grant, Engine 23 will soon be replaced. Before that happens, the firefighters invited Laynee over to ride in the truck as thanks for her efforts. Additionally, Chief Bailey presented Laynee with her grandfather’s firefighter’s helmet. It was an emotional moment for all involved, especially Laynee and Regina.

Laynee said she plans to continue to help her community. She wasn’t expecting the special treatment from the firefighters that spent some time showing her the equipment they use and explaining it. She really was not expecting her grandfather’s helmet. Of the experience overall Laynee said, “It was really cool.”

Chief Bailey noted the importance of community involvment in the fire department. “The legacy lives on in another generation with Laynee contributing like this. It’s really the future of the community to see an 11-year-old do this. The fire department appreciates everything she has done. She does this on her own, no one asked her to and that is amazing,” and he added, “We welcome help, always. We are always looking for volunteers.”

Feeling inspired by Laynee to help to fundraise for an organization? Well, click now for some guidance to help get you started. For information on how to help the Racine Volunteer Fire Department, contact the department at 740-949-2520. This year’s fireworks will be on July 4, 2019 at Star Mill Park at 10 p.m.