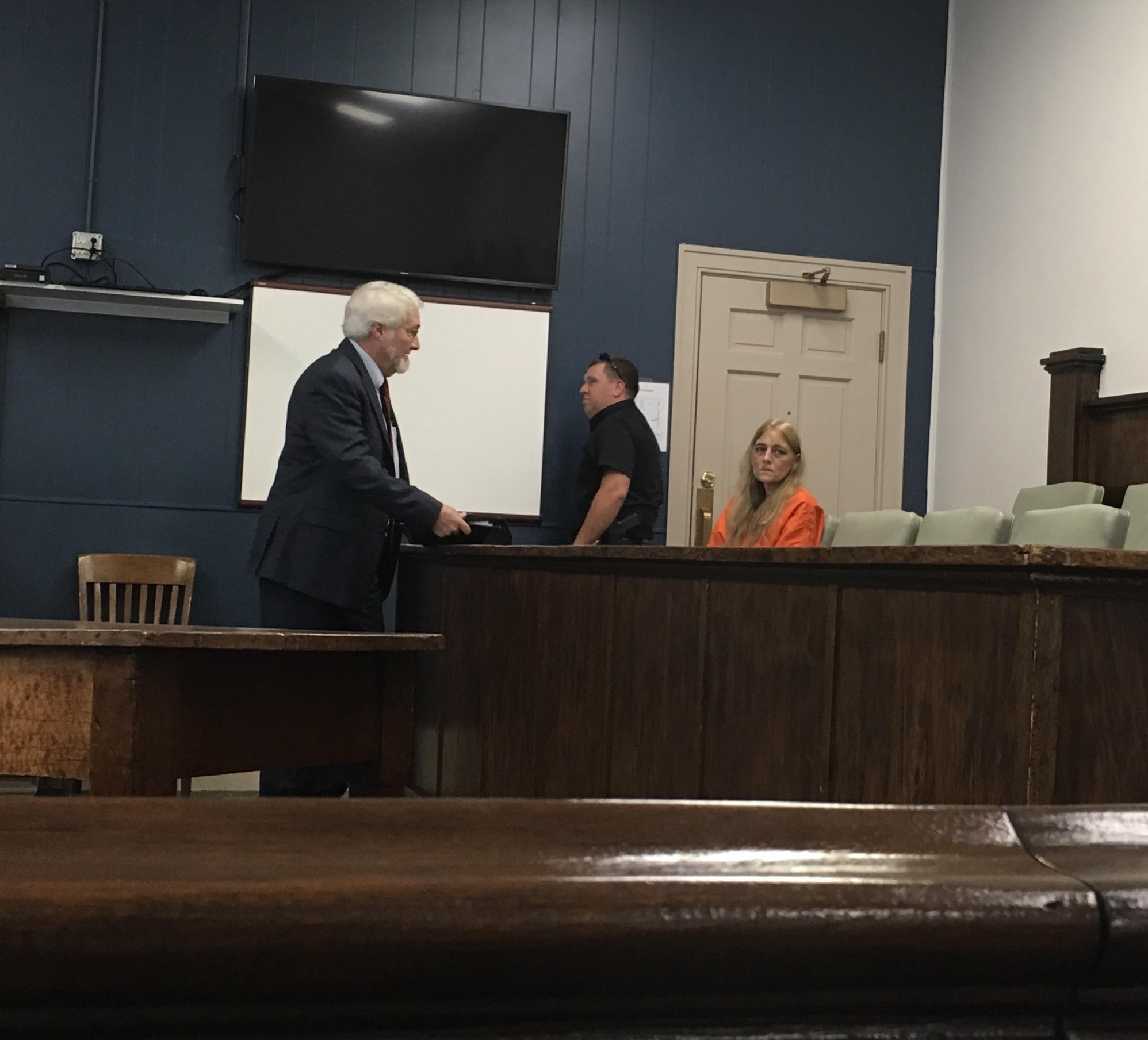 POMEROY, Ohio – Following days of being sought for by law enforcement, Tammy Neace turned herself in to authorities and has been arraigned in the Meigs County Court of Common Pleas.

Neace, 45, of Pomeroy, has been indicted on a charge of Aggravated Murder in the death of Kelli R. Markins. Markins was allegedly shot by Neace on July 3, 2019.

Meigs County Prosecutor James Stanley and Assistant Prosecutor Jeff Adkins represented the State of Ohio. Neace was represented by attorney Gregory Meyers, who was appointed to represent her. She also appeared for arraignment in front of Judge Linda Warner.

In the courtroom, Neace waived bond at this time. Meyers said he would be filing for discovery in the case today. Neace entered a not guilty plea to the Aggravated Murder charge. Meyers also said in court that his client was exercising her right to remain silent. He advised law enforcement that she had representation.

Meigs County Sheriff Keith Wood was present in the courtroom along with Deputies inside and outside the courtroom for the arraignment.

From July 3 until Neace turned herself in around midnight on July 12, the Meigs County Sheriff’s Office had been looking for her. Nationwide law enforcement agencies were alerted as well. She was indicted on July 9.

Family of the victim, Kelli R. Markins, was present in the courtroom with Victim’s Advocate Theda Petrasko. Following the arraignment hearing, Drake Markins, the victim’s son spoke briefly with the Meigs Independent Press.

“People should not lie and spread rumors. They should think before they act,” Drake said, adding that it had been very hard for him since the death of his mother, Kelli. Drake said he was close with his mother and spoke to her everyday on the phone, even to tell her little things. That fateful day, Kelli Markins chose to go with Drake as he was supposed to be picking up his son and her grandson for visitation.

According to Sheriff Wood, the child and mother were in the residence when Neace allegedly shot Markins. Both the victim, Kelli Markins and her son, Drake Markins were in the vehicle.

Sheriff Wood spoke with media following the hearing. “My heart breaks for the Markins family. I don’t understand why this elevated to this level.”

Sheriff Wood noted that those having issues in a custody situation should find a public spot for pick up of children. He says several families even use the Sheriff’s Office as a location.

There had been issues concerning visitation in this case according to Sheriff Wood. He also added that the case is still be investigated including the circumstances of how Neace was evading law enforcement. He said the know she had been in Tennessee. When she turned herself in, she was driving a vehicle with Tennessee plates. Sheriff Wood advised anyone with information in the case to come forward, as other charges could be pending. Following the incident, Children Protective Services is now involved and the child currently in foster care, with neither of the parents.

He added that some of the staff from Holzer ER Pomeroy even attended services for Kelli Markins.

Neace was taken back to the Middleport Jail following the hearing.