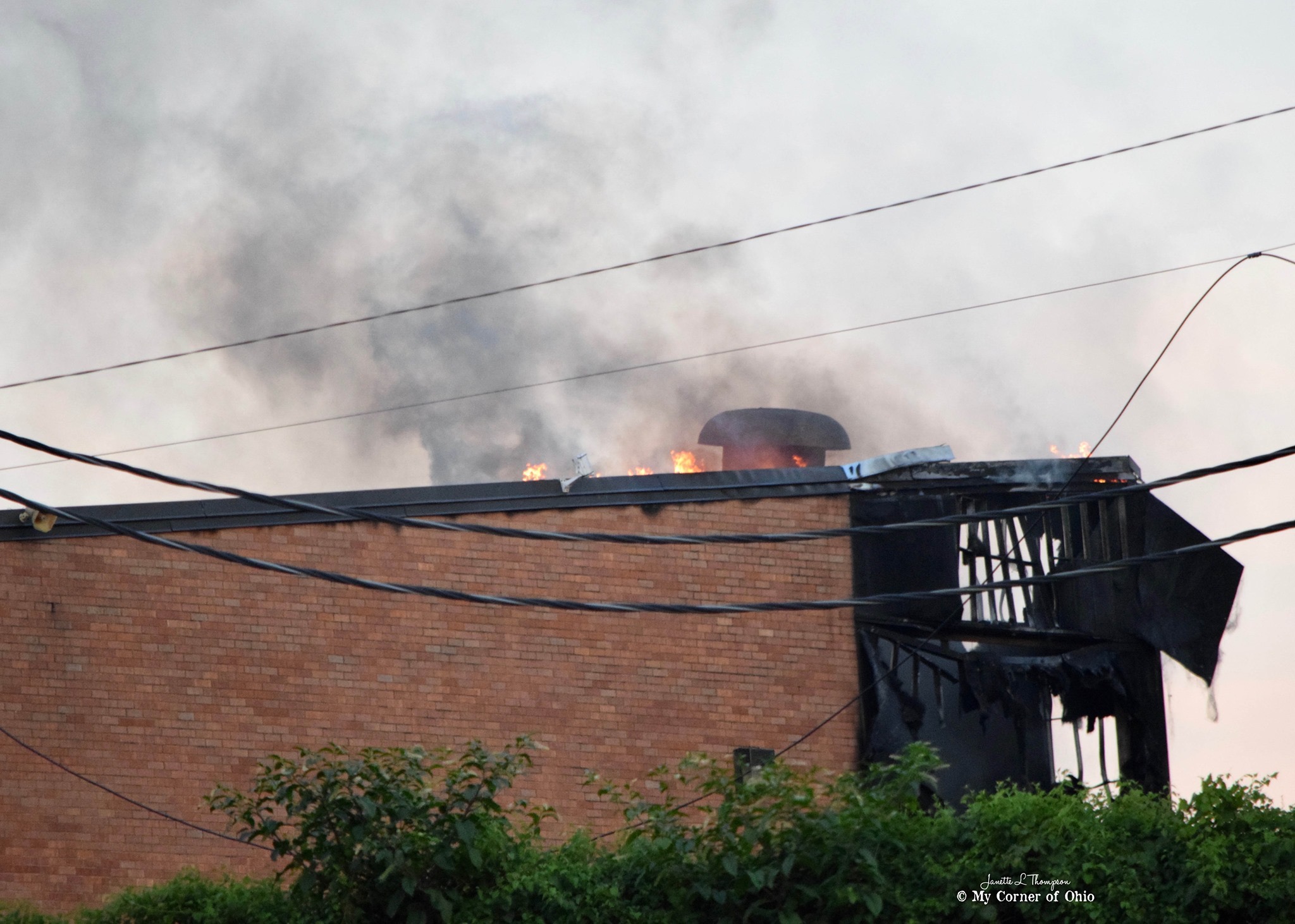 CHESHIRE, Ohio – A fire that burned part of the former school is being investigated. Middleport, Pomeroy and Rutland Fire Departments were some of the fire departments on scene to battle the blaze.

​Sheriff Champlin states, “The Gallia County 911 Center received a call just after 8 p.m. on Saturday evening that the gymnasium of the former high school was on fire and that the fire appeared to be spreading.  By the time fire personnel arrived on scene, the entire gymnasium was fully engulfed with flames.  Crews from Gallipolis, Springfield Township, Middleport, Pomeroy and Rutland Fire Departments worked for nearly three hours to gain control of the fire.  As deputies from the Gallia County Sheriff’s Office arrived on scene to assist with traffic control for the area, they were able to develop information which led to the identification of several persons of interests who were believed to be responsible for starting the fire.  Detectives with the Gallia County Sheriff’s Office have been working in conjunction with Investigators from the Division of State Fire Marshal’s Fire and Explosion Bureau since the evening of the fire to both conduct interviews and collect evidence.  At this time, this investigation is still ongoing, however we anticipate charges to be filed in the near future on the individuals responsible for causing this fire.”