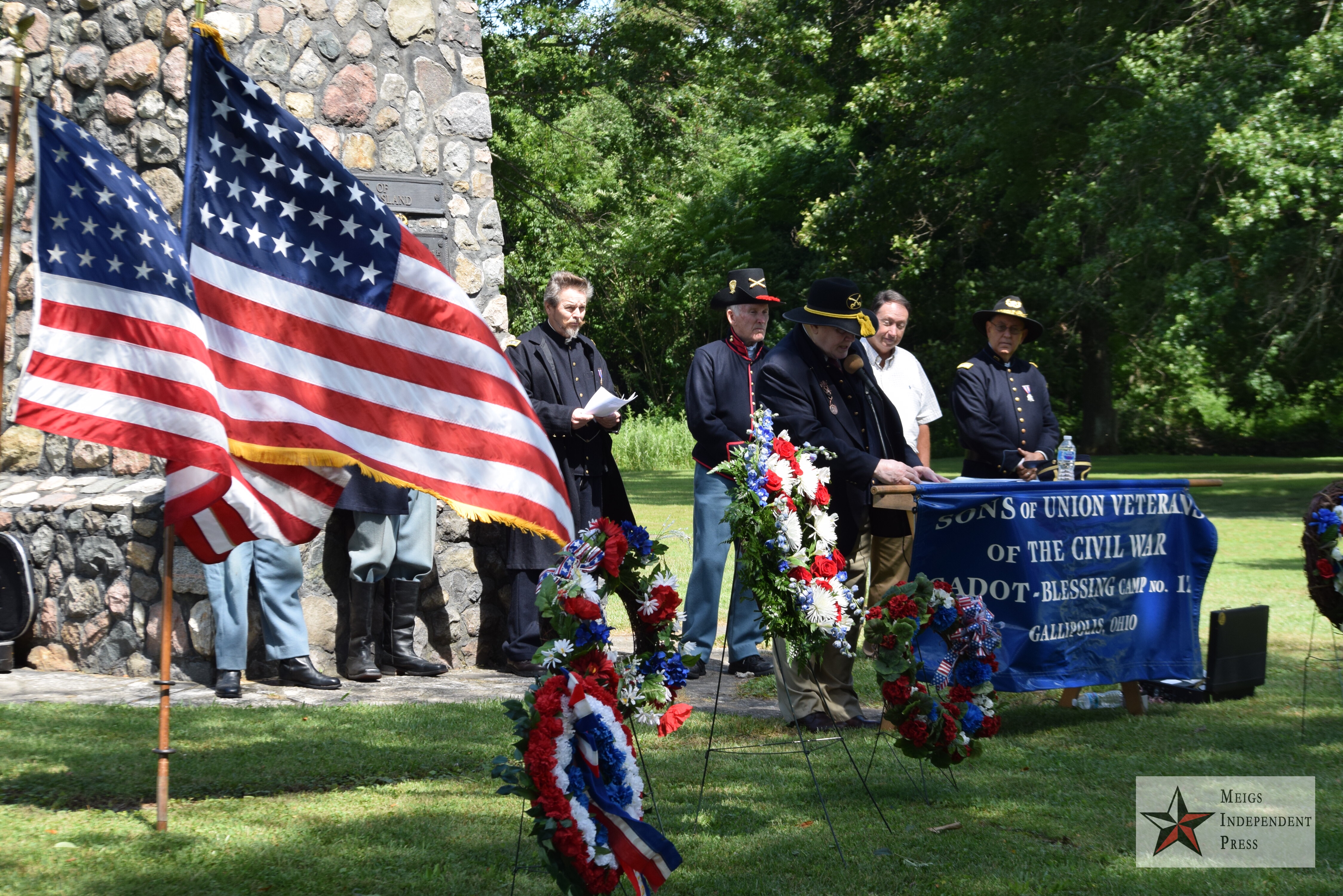 The service honors the soldiers who fought and died at the Battle of Buffington Island, July 19, 1863, the Eastern Midwest’s largest Civil War battle. During the service, Shane Milburn, Ohio Department Commander of the Sons of Union Veterans is scheduled to speak. Additionally, music will be preformed by Steve Free, an internationally acclaimed singer-songwriter and educator, living in Southern Ohio. Sam Wilson will also speak on the history of the battle. The service will conclude with the playing of Taps.

Following the service at noon, lunch will be available at the Portland Community Center, located in the former school building next door to the park.

All of the public are welcome to attend.