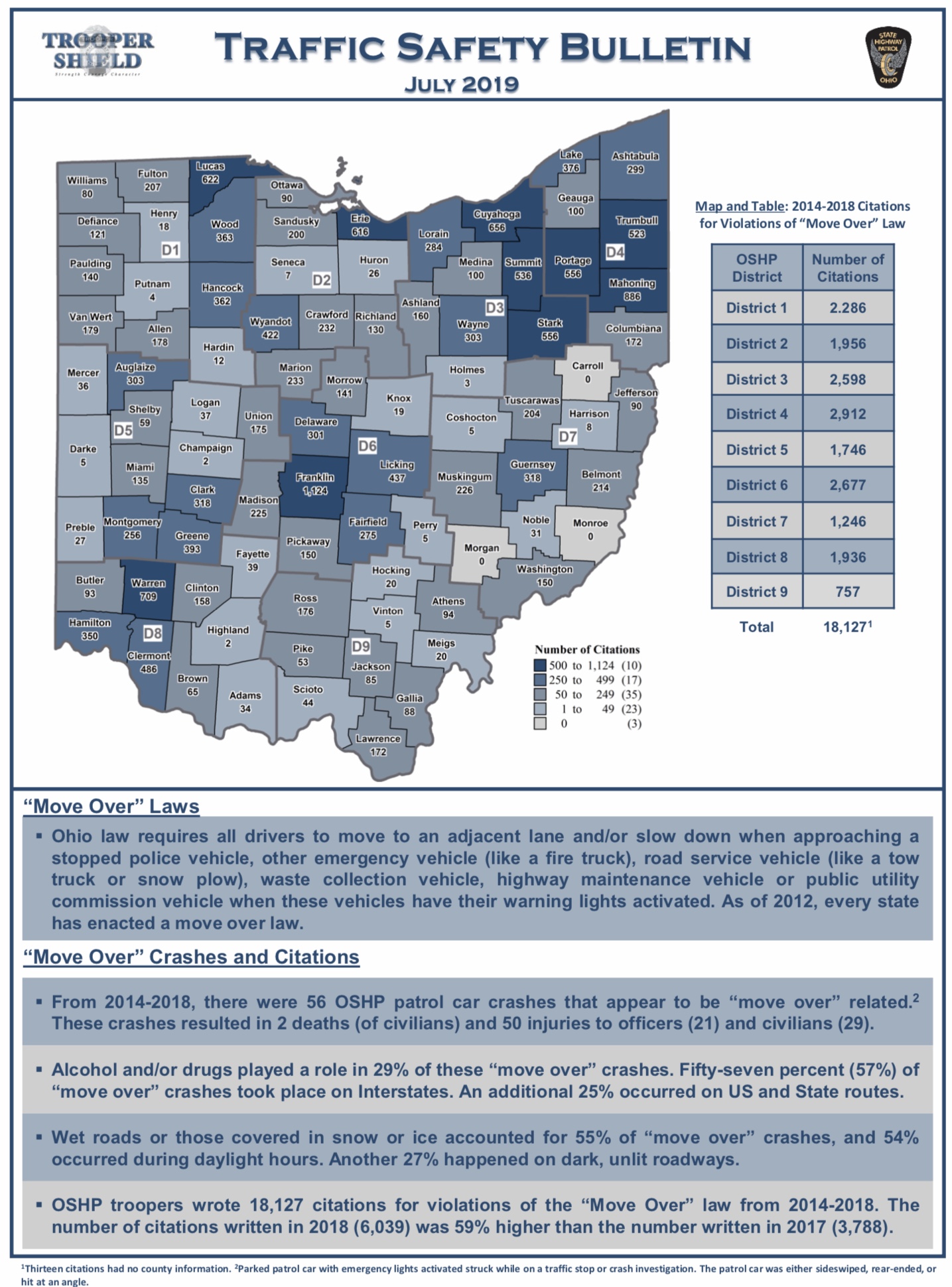 6-State Trooper Project to focus on Move Over

“Our law enforcement officers and roadway workers risk their lives every day serving the citizens of Ohio,” said Governor Mike DeWine. “They are vulnerable while working on the side of the road, which is why it’s so very important that drivers do their part to help keep them safe by moving over and slowing down.”

From 2014-2018, troopers were involved in 56 crashes that appear to be related to the Move Over law. As a result of these crashes, two civilians were killed and 29 were injured. Move Over crashes also injured 21 officers. During that same time period, the Patrol has recorded 18,127 Move Over violation citations.

“Moving over and slowing down helps protect the lives of everyone who works on or uses Ohio’s roadways,” said Colonel Richard S. Fambro, Patrol superintendent. “When you see flashing lights, move over and slow down. It’s the law and the right thing to do.”

Ohio law requires all drivers to move over to an adjacent lane when approaching any vehicle with flashing or rotating lights parked on the roadside. If moving over is not possible due to traffic or weather conditions, or because a second lane does not exist, motorists should slow down and proceed with caution. The Move Over law now exists in all 50 states.

The 6-State Trooper Project is a multi-state law enforcement partnership aimed at providing combined and coordinated law enforcement and security services in the areas of highway safety, criminal patrol, and intelligence sharing.