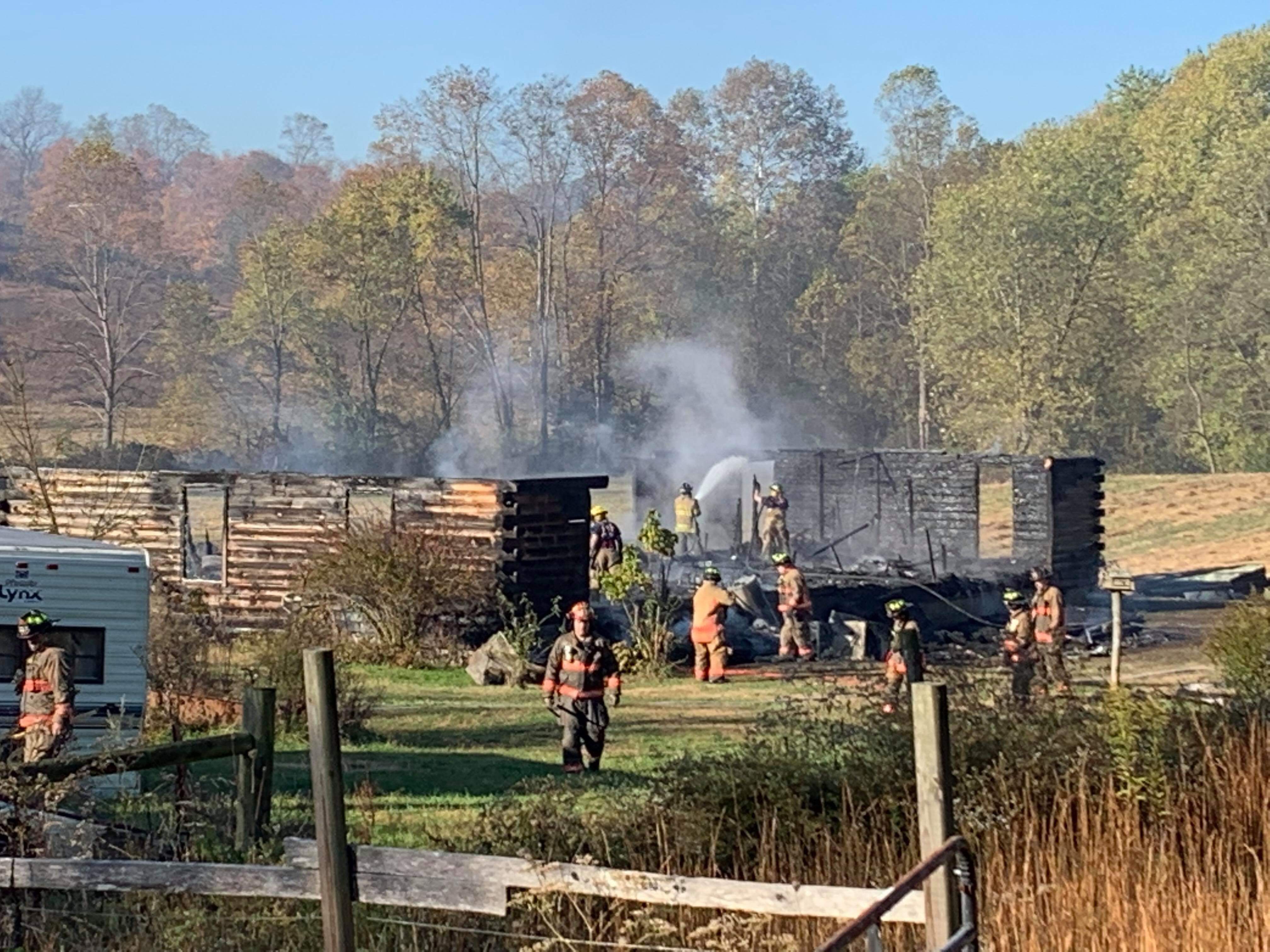 RUTLAND, Ohio – Two walls all that is left of a family home.

Around 7 a.m. neighbors said they heard “booms” and that’s when Rutland Fire Department was called out for a structure fire. According to Rutland Fire Chief Dave Davis, he was first on the scene with Engine 42 and home was already fully engulfed in flames. Chief Davis said the roof had already collapsed into the structure.

It was a hard fought fire for the firefighters from Rutland, Middleport and Pomeroy that responded. Chief Davis said the gas well line for the home was not easy to get shut off. Until it was, the fire was especially hot. Soot covered firefighters were a testament to the difficulty they experienced in extinguishing the flames.

The name of the family was not released, but no one was at home when the fire occurred.

Chief Davis said Rutland responded with 11 firefighters, Pomeroy with three and Middleport also had 11 on the scene. “It takes us all,” he said of the assistance from the other fire departments, adding, “I’ve got a good crew.”

In addition to the the three departments, Meigs EMS, Meigs County Sheriff deputy, and Ohio Department of Transportation were on the scene as well. State Route 124 was closed near the scene from around 7 a.m. until about 10:30 a.m. The cause of the fire has not yet been determined according to Chief Davis. Additionally, no injuries were reported.

For more information see the original story below.