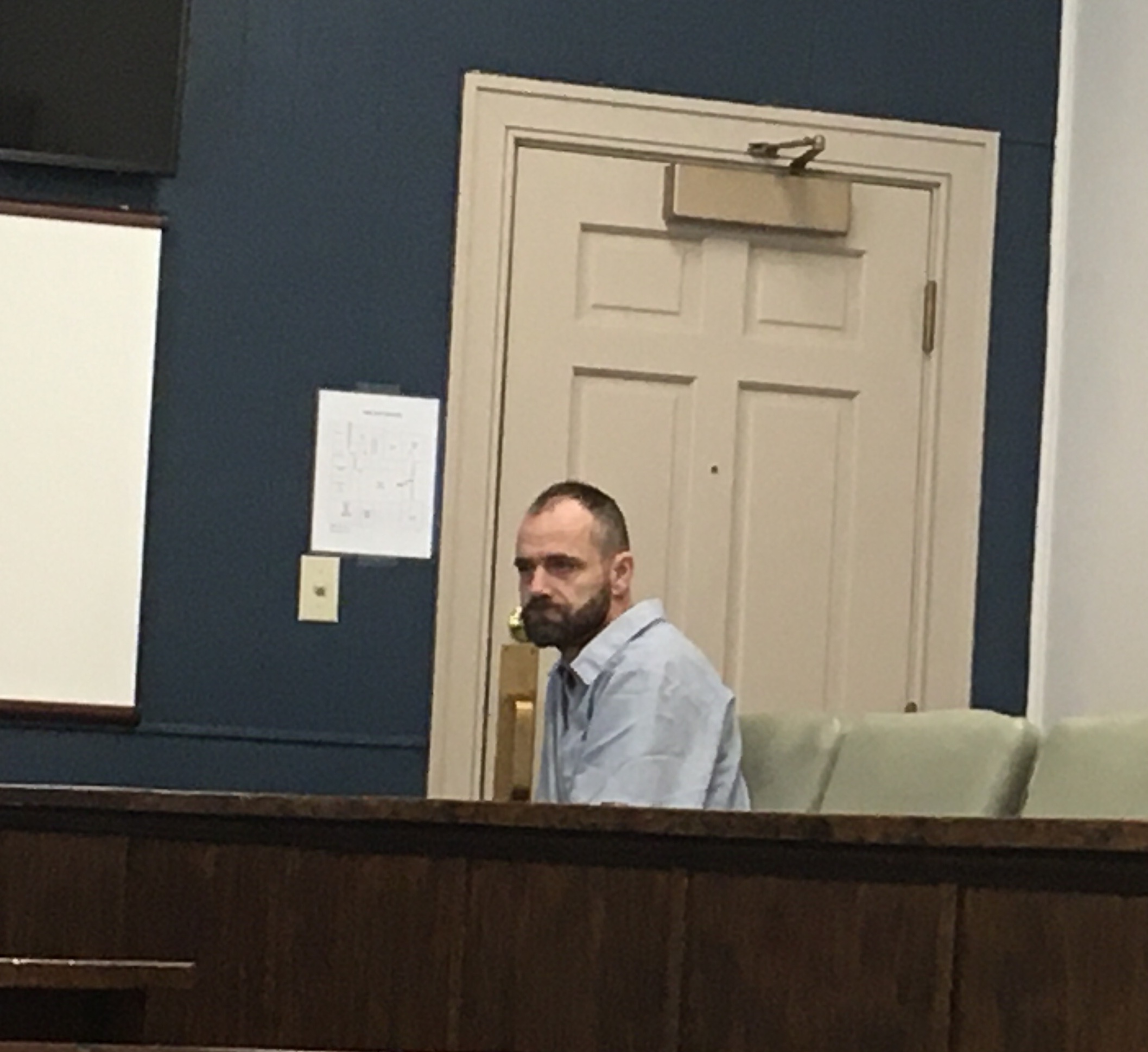 POMEROY, Ohio – A man will be spending the next five years in prison for his part in an attempted robbery of a local bank.

Jeffery A. Coon, 48, changed his plea to guilty and was convicted in the Meigs County Court of Common Pleas on one count of Robbery, a felony of the second degree. Coon was then sentenced by Judge Linda Warner to five years in prison. Meigs County Prosecutor James Stanley along with Assistant Prosecutor Jeff Adkins presented the state’s case to the court and the negotiated plea arrangement.

Coon stated in the courtroom that he was picked up by David McMurrary in Pomeroy. The two traveled to Tuppers Plains where McMurrary let him out a distance away from the Farmers Bank location. Coon walked to the bank, waited in line and then presented a note to a teller and demanded money or the building would be blown up. When the teller informed Coon there was no money to hand over, Coon said he slapped his hand down on the counter and left. The case against McMurrary has yet to come to trial. Coon agreed to testify truthfully in that case.

Victim’s Advocate Theda Petrasko read statements from two of the victims. One victim described “looking at people very differently” and that “I don’t trust anymore.” The statement also said the victim does not go in public as she once did. She also alluded to Coon’s previous incarceration. Coon had just been released from prison two weeks prior to the incident.

The other victim described thinking about the incident often and wondering if it will happen again. She said she was experiencing anxiety and that prior to the attempted robbery, she had none. “It’s hard to believe just one person can change the lives of so many people.”

Britt Wiseman represented Coon. He stated in the courtroom that the victims’ statements were not lost on his client. Coon addressed the court prior to sentencing saying, “I’m sorry for everything I’ve done.”

Coon added that he was homeless and off his medication at the time of the attempted robbery but added, “I’m just sorry for what I did.”

Immediately following sentencing Coon was remanded to the Meigs County Sheriff for transport back to prison.