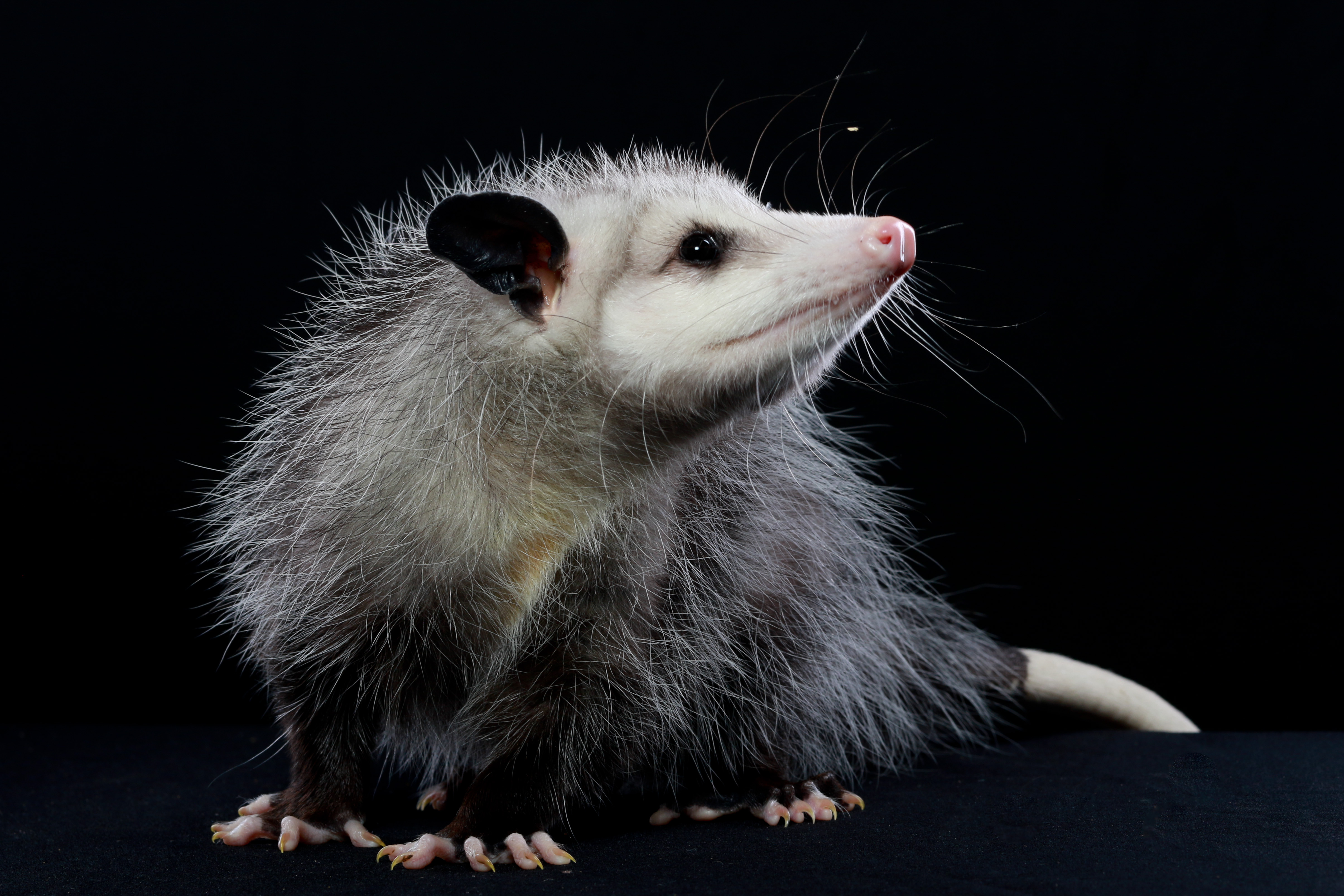 Lately there have been multiple postings on social media, primarily Facebook, extolling the benefits of the Opossum, stating how they don’t carry rabies or Lyme disease, and that they are beneficial because they eat ticks and other pests.

Of course, you should always take what you see on Facebook (or on the internet in general) with a heaping spoonful of salt, but sometimes what you read is true, or at least parts of it, so I decided to tear into this with all the vigor of an opossum tearing into a road-killed morsel.

But before I do that, allow me to familiarize you with the already-familiar opossum, North America’s marsupial. In the United States and Canada, the only species of opossum found is the Virginia opossum, which covers a wide swath of territory including most of the United States (except for the Rocky Mountains, northern Great Plains and deserts), much of Mexico and Central America, and southern Ontario and Quebec in Canada. They are found in every county of Ohio.

You should already know what an opossum looks like, but did you know that the female opossum only carries her young approximately two weeks before they are born. The newborn opossums are undeveloped and must crawl to a nipple in the mother’s pouch to survive. At about three months of age, the young emerge from the pouch for short periods and will even hitch rides on their mother’s back to get around.

They are quite adaptable and can use almost anything for shelter, and they aren’t too picky about their food either; they will eat carrion, insects, fish, reptiles, eggs, fruits, vegetables, and nuts.

When startled, Opossum will generally hiss and display their teeth in a “grin,” however, when seriously threatened or harmed they will play possum, appearing to be dead – this is apparently an involuntary reflex, like fainting.

My first personal experience with the opossum as a young man was in my backyard at night.  I saw a ghostly, light-colored shape in the dim glow of my flashlight beam, and as I approached it transformed into a grinning, toothsome apparition which resulted in me beating a hasty retreat.

I also have a friend who had a “pet” opossum once, I once asked him what happened to it and he told that, appropriately enough, it got ran over by a car.

Once my sister-in-law returned home from college only to discover an opossum had made a comfortable home underneath the hood of her car – I’m sure she was surprised when she investigated the strange sound that her car was making. Other than that, I’ve never really paid much mind to the opossum; I guess I’ve always thought about them as a not-so-bright critter that you would occasionally see smashed on the road.

While many woodland creatures harbor ticks that can spread Lyme disease and other diseases, the opossum can eat up to 5,000 ticks in a season, protecting all of us from tick-borne diseases – at least that is the claim. There is even a trail camera photo reportedly showing an opossum eating ticks off the face of a white-tailed deer – a great example of wildlife species’ cooperation if it is true, and it may well be.

The fact is that many wild animals are practically covered with ticks, for instance a couple of years ago I picked up a road-killed bobcat and transported it (in a large, clear trash bag in the bed of my work truck) to the Ohio Division of Wildlife for study. The guy who had found the cat seemed amused by my rubber gloves and the precautions I was taking, but when I arrived at the district office a short while later the inside of the bag was literally crawling with ticks and fleas. I would advise against handling any wildlife without taking some precautions.

Another claim is that opossums don’t carry or transmit rabies. The Opossum Society of America (yes, there apparently is such a thing) has this to say about our friend the opossum: “all mammals can carry rabies, however the chance of rabies in an opossum is extremely rare. This may have something to do with the opossum’s low body temperature making it difficult for the virus to survive in an opossum’s body.”

Don’t let the fear of rabies cause you to fear opossums. In short, you are more likely to carry rabies than they are.

So, the Facebook posts about the opossum are mostly true, and according to wildlife biologists, opossums really do eat a lot of ticks, but ticks aren’t the biggest part of their diet, and there are still a lot of ticks out there so they may not be making a huge impact – but of course every little bit helps, so we can at least give them credit for trying.

Although they don’t carry rabies, opossums can be hosts for a parasite that causes a neurological disorder that affects horses. The parasite is passed along in opossum feces, so horses and opossums don’t go together well.

Jim Freeman is a conservation technician for the Meigs Soil and Water Conservation District. He can be contacted weekdays at 740-992-4282 or at jim.freeman@oh.nacdnet.net