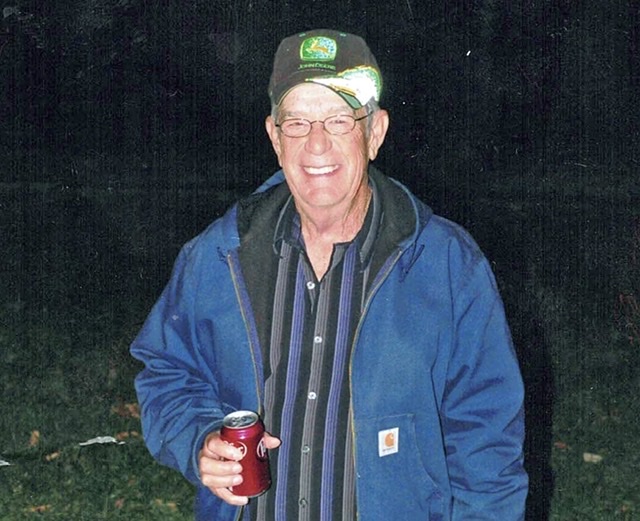 Don Richard Hill, 82, of Racine, the Letart Falls Community, passed away, on Thursday, November 28, 2019 at his residence. Born August 8, 1919 in Letart Falls he was the son of the late Julian Archie and Lillian Inez Duffy Hill. He was a retired farmer and former Letart Township trustee a position he held for 28 years before his retirement. He was a member of the Pomeroy Racine Lodge #164 Free and Accepted Masons of Ohio, a 32nd Degree Scottish Rite Mason of the Valley of Columbus, a former member of the Tri City Shrine Club of Meigs County, a member of the Aladdin Shrine of Columbus, a member and former Post Commander of the Racine American Legion Post # 602, and he served his country in the United States Army. He also was a member of the Racine United Methodist Church.

Funeral services will be held at 11 a.m. on Tuesday, December 3, 2019 in the Cremeens-King Funeral Home, Racine. Pastor Dennis Moore will officiate and interment with military honors provide by the Racine American Legion Post 602 will follow in the Letart Falls Cemetery. Heath Hill, Scott Hill, Richard Dugan, Kevin Dugan, Eric Euler, and Greg Euler will serve as casketbeareres.  Friends may call from 2-4 and 6-8 p.m. followed by a Masonic funeral service starting at 8 pm on Monday at the funeral home.