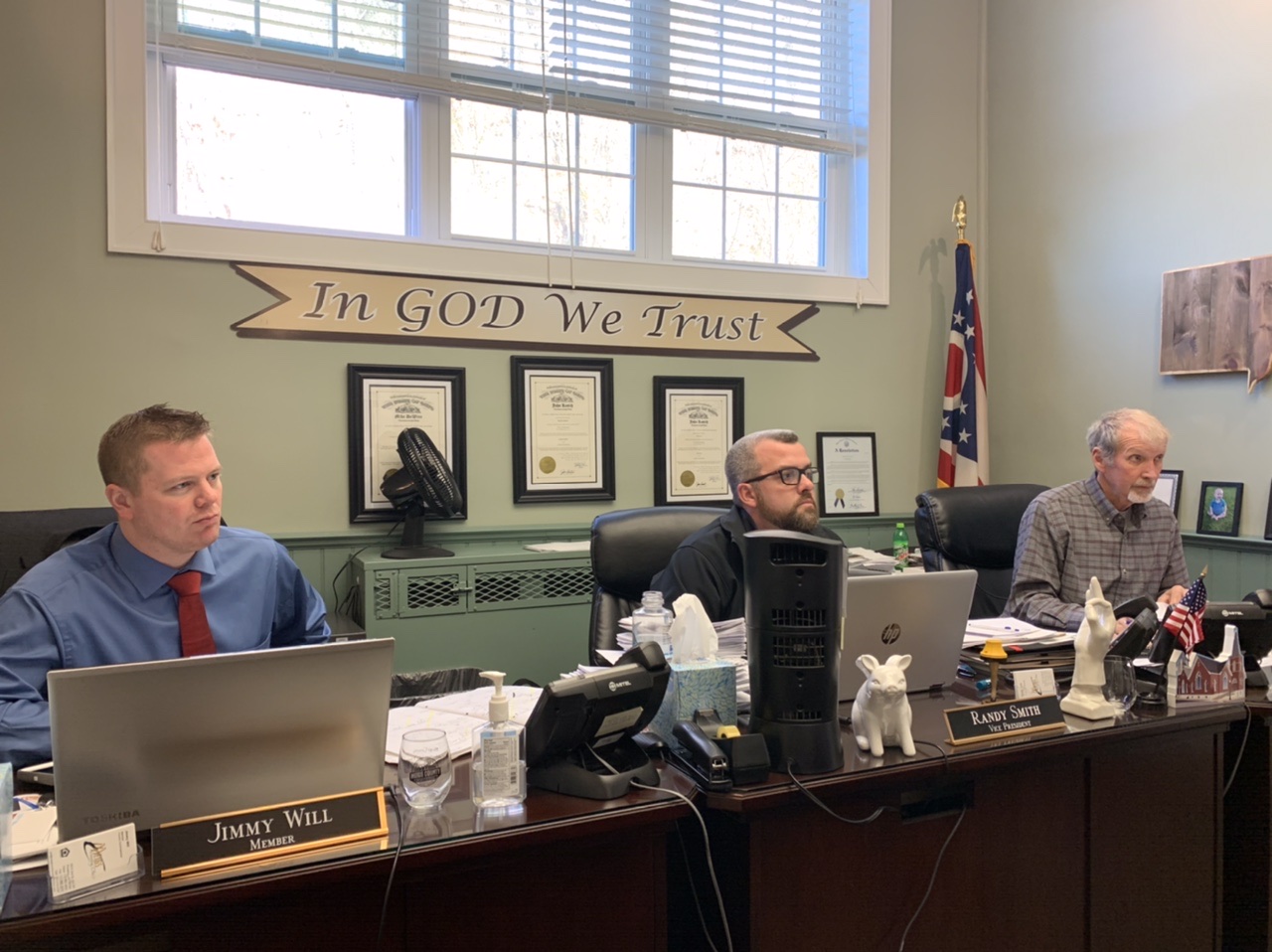 POMEROY, Ohio – The Meigs County Commissioners met on January 30, 2020. In addition to regular business, the Commissioners signed a contract with the Meigs County Chamber of Commerce and Tourism, heard from Nancy Sydenstricker of The Ohio State University Extension Office and decided to table awarding the bid for the former Mark Porter location.

All three commissioners, Randy Smith, Tim Ihle and Jimmy Will, were present for the meeting.

The Commissioners agreed to a contract which would continue the partnership with the Meigs County Chamber of Commerce and Tourism to provide for tourism promotion for the county. The contract allows for the Meigs County Chamber Director Shelly Combs to work up to 10 hours per week at a rate of $16.35 per hour on tourism for the county. The Chamber is provide Commissioners with a quatrtlery summary of Combs’ work hours. “We feel it is very important to have a good relationship with the Chamber,” Meigs County Commissioner Tim Ihle said during the meeting.

While several bids were received on the county owned property at 308 East Main Street in Pomeroy, also known as the former Mark Porter location, Commissioners decided to table a decision until the February 6 meeting. The top bid of $780,000 had been submitted anonymously, but upon contacting the bidder, the bidder withdrew the bid. Two other anonymous bids were made, but as of the January 30 meeting, those bidders had yet to respond to attempts to contact them. Another bid was from Meigs Service Center for a lease/purchase option. Ted Dexter placed a bid for $586,000. Dexter was present for the meeting and advised the Commissioners that he was prepared to write a check immediately to purchase the property. Following a discussion, the Commissioners chose to table the decision on the property until February 6 to allow more time to contact the other bidders.

Nancy Sydenstricker addressed the Commissioners to give them an update on the many programs and opportunities Extension provides. She said that through a grant from the 4-H Foundation she will be visiting all third grade classrooms in Meigs and Eastern Schools. She said she was still working on Southern. The visit is to promote 4-H and introduce it the third graders. “It improves the lives, the quality of life for out youth,” she said.

Sydenstricker said that a few new things have been added included 4-H yoga for kids. She said it is fun and helps teach breathing techniques and mindfulness. They are also working on workforce development programs. Additionally, there is an opportunity for students to learn how to cook through mug meals such as scrambled eggs or blueberry muffins made in a mug. The programs are not just for children, as Extension also offers classes for senior safety with topics such as internet safety, home safety and even cooking for one or two people. A new program, On My Terms, is being offered as well. Sydenstricker said it is an end of life prep booklet which covers care choices, final arrangement choices and even what people would want to happen with their pets. A mini class version is being formatted to accommodate a “lunch and learn” type setting. She said that anyone that would like the class can contact her at the Extension Office, noting that the presentation can be brought to churches and other groups. The class is free, but Sydenstricker said there may be a small fee for materials for businesses. “As part of the medical field, I don’t know why we don’t talk about death,” Commissioner Jimmy Will said.

Meigs County Engineer Gene Triplett also presented a plan for the Commissioners to sign which allows for line painting on county roads. A major project will be starting in the county to paint county roads.

The Meigs County Commissioners also approved $10,000 to be given to the Governor’s Imagination Library project which was presented to Ohio’s First Lady Fran DeWine at the kick off event at the Meigs County District Library in Pomeroy on February 3.